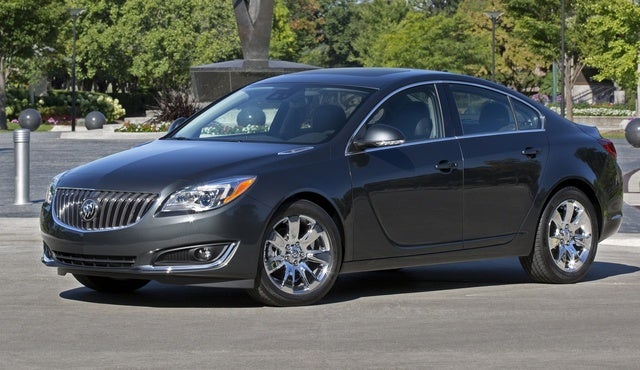 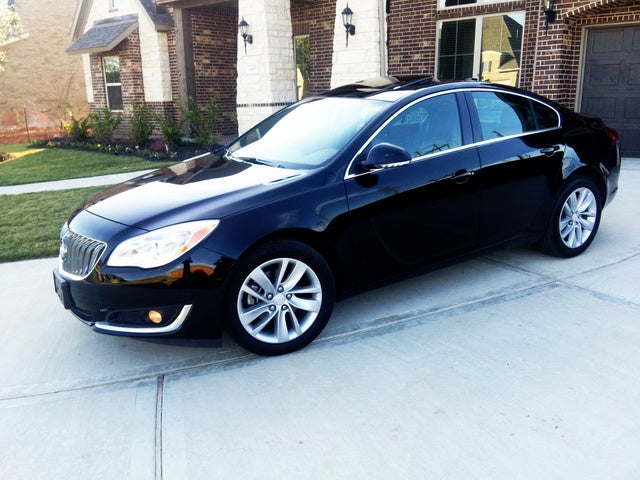 Okay, the semi-sporty, quasi-posh Buick Regal comes back for 2015 relatively unchanged after some significant upgrades in 2014. Sure, it’s okay to take a nap, but before nodding off, heed the rumors that this still traditionally staid 5-seat midsize sedan might be re-introduced in the once ultra-performing Grand National and GNX trims. Alas, all is hush-hush at the moment, but the possibilities that a return of the legendary turbocharged V6 engine would entail for speed freaks is awesome to contemplate.

Back in the ‘80s, these roaring rear-wheel-drive (RWD) Regal regents kept up with their legendary Corvette cousins in quarter-mile speeds and times. Be advised that there has been no word yet on whether the anticipated return of the performance-oriented Grand National and GNX upgrades, each to be based on the Cadillac ATS (RWD Alpha) platform will be a fixture from the get-go in 2015 or if they’ll be midyear lineup additions. But just the hint that certain segments of the 2015 Regal lineup stand poised to titillate the senses with their potential 400 hp of driving élan could have folks re-thinking their notions of these lately yawn-inducing land yachts. Oh, and look for each of these potential potentates to come only in 2-door coupe form.

Meanwhile, those who simply want a quasi-engaging commute should remain happy with the anticipated return of the more well-known (and less intriguing) trim lineup boasting the base Regal, as well as its up-featured Premium I and Premium II siblings, not to mention the even sportier (and costlier) GS trim. The 2014 Regal offerings saw the debut of available full-time all-wheel drive (AWD) offered in place of the standard front-wheel drive (FWD), as well as a tweak or three to its spiffy-ish profile and interior appointments. The previous model year also saw the introduction, thus far only in the Premium I iteration, of an available eAssist inline 4-cylinder (I4) gas/electric powerplant—what some in the media call a “mild” hybrid. All this is expected to return in the 2015 Regal 4-door lineup, though the news of the return of the Grand National and GNX overwhelms at this time any whispers of upgrades to the those lately more traditional Regal offerings.

In any case, it’s certain that standard power in the 2015 lineup will remain a 2.0-liter turbocharged I4 engine managed by the ubiquitous 6-speed automatic transmission. The GS, meantime, can also be delivered with an optional 6-speed manual transmission for those who feel the yearning for a down-and-dirty driving experience. Mileage estimates for this blown 4-banger range from 21 mpg city/30 highway in standard FWD versions and 19/27 in AWD variants, to 20/31 in those GS trims equipped with the available stick shift.

For those with a yen for a greener ride, the Regal Premium I trim can be delivered with Buick’s above-mentioned eAssist 2.4-liter modified hybrid I4 powerplant. Again mating with the 6-speed automatic, this eco-friendly hybrid engine features an 11-kilowatt electric motor to take the strain off the gas engine, along with a total output of 182 hp and 172 lb-ft of torque, all of which comes with an impressive rating of 25/36.

By the way, trunk space in the turbocharged versions should remain 14.2 cubic feet, while the Premium I, toting the optional eAssist powertrain with its bulky lithium-ion battery pack, offers only 11.1 cubic feet of cargo-carrying capability. Of course, dropping the standard split-folding rear seatbacks will dramatically increase these numbers.

Depending on the trim selected, look for 2015 Regal editions to return with such exterior and interior adornments as 18- or 19-inch alloy wheels, heated power-adjustable front seats, leather upholstery and full power accessories, including heated outside mirrors, as well as cruise control and telescoping tilt-wheel steering. OnStar Directions and Connections technology should also return lineup-wide, as should a rear-view camera and dual-zone climate control. Further trim-dependent bling, meantime, is expected to remain a remote garage door opener, heated steering wheel, rear parking sensors and remote engine start. Lower trims should return offering a single-CD player with 7 speakers and satellite radio, while higher trims are slated to remain toting a 9-speaker Bose premium sound system. Bluetooth hands-free communications is again scheduled for all trims, as is the 8-inch touchscreen infotainment display that also debuted last year.

Meanwhile, additional perks in the 2015 Regal GS ought to remain a sport-tuned suspension with adaptive damping, Brembo brakes, driver-selectable drive modes for ride comfort, shift points and throttle response, along with sport front seats. Again daring to be different, the hybrid-equipped Premium I should once again boast 17-inch alloy wheels mounting low-rolling-resistance tires.

Look for optional equipment to pretty much stand pat, with stuff like memory for driver's settings and a power sunroof each available. The pair of optional Driver Confidence packages is also expected to return, bearing such added features as blind-spot and lane-departure alerts, rear cross-traffic warnings, forward-collision braking and adaptive cruise control.

Choose1 i love it

Users ranked 2015 Buick Regal against other cars which they drove/owned. Each ranking was based on 9 categories. Here is the summary of top rankings.

Have you driven a 2015 Buick Regal?
Rank This Car

I Need Factory Rims And Tires Please Can You Help

Why Is Horn Not Working?

horn doesnt work ,replaced fuse but still does not work , do not see where relay switch is located in manual if there is one

Can A Buick Lacross Bumper Fit A Buick Regal