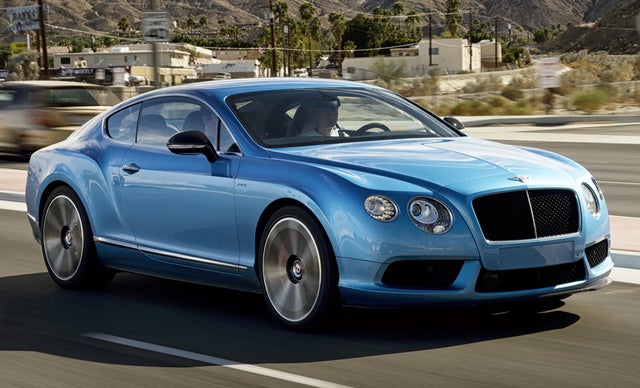 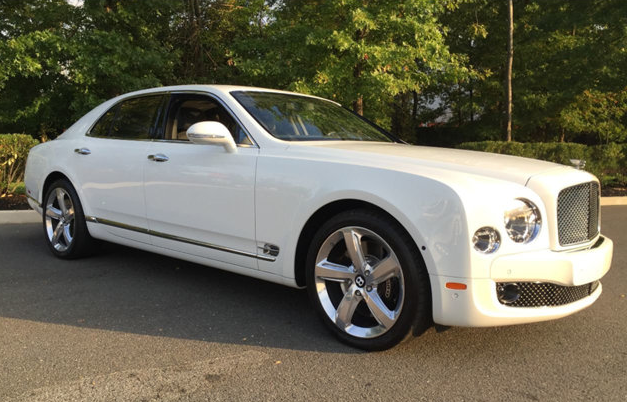 To maintain its reputation as the epitome of class, extravagance, power and just plain posh, VW-owned Bentley Motorworks has given its 2015 version of the plush and potent Continental GT coupe lineup a few added tweaks for this year. Some changes, such as added exterior color choices, body-color skirts, fascias and bezels, additional wheel upgrades, interior and exterior badge and color configurations, red-painted brake calipers and upgraded cabin materials with added contrasting stitching are purely cosmetic. A further reworking of the standard W12 powerplant, meantime, begets some added power to the GT Speed and results in what the folks at Bentley claim is the most powerful engine this British-based company has ever produced.

Once more this 4-passenger, midsize status-laden coupe is offered in 4 trims, the GT V8, the GT V8 S (introduced in 2014), the Continental GT W12 and the uber-fast GT Speed. As can be inferred, the first two trims are V8-powered, while the latter two boast an autobahn-ready 12-cylinder engine. Meanwhile the usual Rolls-Royce chassis is eschewed for a less expensive VW sub-frame, thus allowing these particular Bentleys to boast an MSRP that's appealing to folks who are working on only their eighth or tenth million.

Anyhow, the GT V8 coupe returns with a 500-hp twin-turbocharged 4.0-liter V8 engine that pairs with an 8-speed shiftable automatic transmission for 487 lb-ft of torque. Meantime, that same 4.0-liter V8 gets a bunch of added ponies in the GT V8 S iterations to the tune of 521 hp, with the 8-speed shiftable automatic boasting an S mode (thus the title) for crisper shift points and more precise throttle response in handling the 502 lb-ft of torque. A more aerodynamic profile, by the way, also helps the GT V8 S coupe sprint from 0-60 in 4.3 seconds. Of course chances that gas mileage will be a concern for those who have the bankroll to order up one of these beauties are slim, but for those dreamers among us, it averages in the vicinity of 15 mpg city/24 highway.

In any case, moving up to the GT W12 and its GT Speed sibling, look for both to tote a Flex Fuel 6.0-liter twin-turbo W12 (12-cylinder) powerplant along with the ubiquitous 8-speed shiftable automatic, and there the locomotion similarities end. The blown W12 in the 2015 Continental GT W12 2-door thumps out 567 hp and 516 lb-ft of torque, while the GT Speed has been up-powered for this model year to put out 626 hp, 607 lb-ft of torque and a claimed top speed of over 205 mph. Gas mileage for this blown W12, meantime, and once more only as a point of passing interest, runs 12/21.

Once again, all 2015 Continental GT coupes are delivered with standard full-time all-wheel drive (AWD), with 60% of torque directed to the rear wheels and 40% to the front wheels, which gives this princely conveyance a nimbleness that’s rarely replicated in the average touring automobile, whether on dry pavement or wet.

As mentioned, it’s a fact that any automotive product bearing the Bentley brand doesn’t come cheap, but then, very few grand touring automobiles pack the posh that these beauties do. Hand-stitched premium leather upholstery and over-the-top-quality interior accents prevail, as does the newly reworked list of exterior colors and finishes.

Outside, this plush perambulator boasts, depending on the selected trim, 20- or 21-inch alloy wheels in 5- or 10-spoke configuration, not to mention a power-deployed rear spoiler, a self-leveling suspension and a power-operated trunk lid.

Meanwhile, the usual high-end interior appointments suggested in the brochure once again present a matchless combination of style and panache, though elbow room in front could be a bit more generous, according to most reviews, as could rear-seat leg- and headroom. Again, 2015 Continental GT 2-door hardtops offer a cramped 12 cubic feet of trunk space, but this is more than mitigated by standard cruise control, power-adjustable telescoping tilt-wheel steering, dual-zone auto climate control, memory for driver's settings and the traditional Breitling clock.

Believe it or not, Bentley additionally offers a number of further options to the 2015 Continental GT lineup, including an audio upgrade, massaging and air-conditioned front seats, carbon ceramic brakes, an infotainment-interfaced video display and a rear-view camera, most of which are adaptable to fit just about any personal preference. Furthermore, the comparatively well-heeled folks for whom this ultra-luxurious vehicle is intended are, as a rule, an individualistic breed that Bentley accommodates by offering virtually limitless personalization options in materials and fabric selections, color combinations, appearance details and comfort and convenience offerings.

What's your take on the 2015 Bentley Continental GT?

Have you driven a 2015 Bentley Continental GT?
Rank This Car