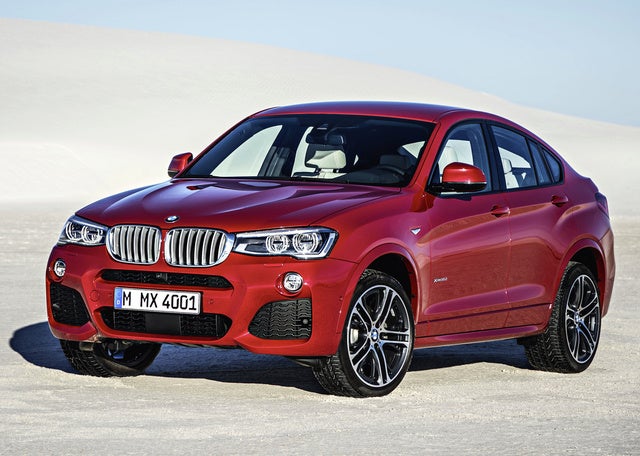 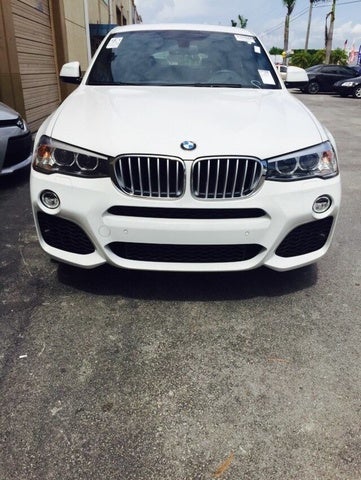 Can't decide between a 4-door coupe, an SUV and a station wagon? The 2015 BMW X4 may be just what you want.

The X4 is a new model, but it's essentially a smaller version of the popular X6. BMW calls both of the squat, hatchbacked crossovers “sports activity coupes.” And just like the X6 is built on the same platform as the more traditional-SUV-looking X5, the X4 is built on the X3's platform, although the X4 is 1.5 inches lower and a touch wider than the X3. That low stance, plus the enlarged air intakes that sit on the edge of the front bumper, give the X4 a more aggressive front fascia than its X3 cousin, a look that blends well with BMW's classic twin kidney grilles.

The front end rises quickly to the X4's highest point, the roof line above the front seats. Things swoop down from there in coupe fashion, until they reach the hatchback rear end with its horizontally stacked LED taillights. It's reminiscent of a BMW Gran Turismo hatchback, and it's also been compared to the Land Rover Evoque. Whatever you think it looks like, the X4's blended style is what makes it unique and is the selling point that will either attract or repel consumers. BMW is betting its newest sports activity coupe will attract plenty of buyers, and given the success of the X6, that seems like a safe bet.

The X4 xDrive28i is powered by one of BMW's staple engines, the 2.0-liter turbocharged 4-cylinder that produces 240 hp and 260 lb-ft of torque and can push the X4 from 0 to 60 in 6.0 seconds. The X4 xDrive35i moves up to the turbocharged 3.0-liter inline 6-cylinder (300 hp, 300 lb-ft of torque, 0-60 in 5.2 seconds). Both models come with an 8-speed automatic transmission and BMW's xDrive all-wheel drive system with Performance Control and Dynamic Stability Control.

Mileage ratings aren't available yet, but the 2014 X3 xDrive28i with that same turbocharged I4 got 21 mpg city/28 highway, and the 2014 X3 xDrive35i with the same I6 engine got 19/26. The X4 will come standard with efficiency-minded features like a stop-start system, brake energy recuperation and Eco Pro mode, which decouples the drivetrain during coasting situations to conserve fuel.

The X4 offers 17.7 cubic feet of cargo space behind the rear seats and 49.4 cubic feet behind the front seats. The rear seat can hold 3, but it's molded to best fit 2 passengers. It does offer a versatile 40/20/40 split, and the power tailgate has an option for a hands-free feature (sensors beneath the rear bumper that can detect the wave of a foot) for added convenience. But this vehicle is more about style than utility, which is probably one of the reasons why BMW doesn't refer to it as an SUV.

The X4 will come standard with a full range of airbags, Head Protection System in front and rear, daytime running lights, a tire pressure monitor, 10-year subscription to BMW Assist eCall with automatic collision notification and emergency request and a crash sensor that disconnects the alternator, fuel pump and starter from the battery, automatically unlocks the doors and turns on the hazard and interior lights. Optional safety features include a 360-degree camera system, adaptive cruise control and forward-collision and lane-departure warning systems.

Users ranked 2015 BMW X4 against other cars which they drove/owned. Each ranking was based on 9 categories. Here is the summary of top rankings.