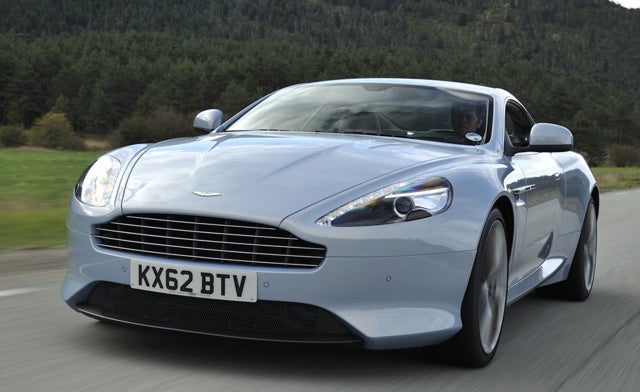 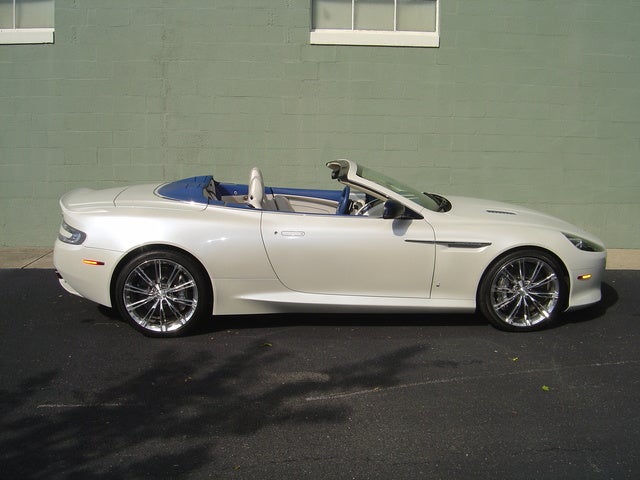 Aston Martin’s touring head-turner gets a few carbon fiber touches with a new Carbon Edition in both coupe and convertible form for 2015. Otherwise this DB9 is essentially the same one that debuted for 2013, classic charms and all.

Don’t let its 13 mpg city/19 highway fuel-economy estimate fool you; the DB9 is no sports car. Being a road-lover rather than a purist sport, the DB9's suspension is tailored to absorb road imperfections more than to hold a tight stance through curves. Handling isn’t as responsive as a Lamborghini's either, but it’s more than ample to lovingly embrace winding country roads.

The DB9 may not be the most upscale, speedy or technologically savvy luxury coupe option, but it’s not built for such gimmicks. Rather, the DB9 is a comfortable looker offering only a 6-speed automatic with shift controls; it's made to go the distance with a bit of fun. It’s no slouch on curves with a 3-stage Active Dampening System ensuring an appropriately dynamic response to the road, and front passengers enjoy a full 42 inches of legroom. Rear passengers, however, might get a touch cramped with just 24 inches for knees.

Although the rear seats in its 2+2 setup are expectedly small, 5 cubic feet in the trunk are quite generous for luxury performance coupes, and you have the option to have the rear seats omitted in a convertible (Volante as AM calls it) for a bit more cargo capacity.

The carbon fiber accents to both the interior and exterior of the new Carbon Edition change nothing about its curb weight or performance, however, and the car still boasts 510 hp and 457 lb-ft of torque out of its 6-liter V12, regardless of trim or body. That translates to a 4.6-second sprint to 60 and a 183-mph top speed. Certainly not a top-notch performer, but it’s built to give you at least a heartbeat or two to enjoy the ride.

The sound of this engine is unmistakable and rife with satisfactory tones. Drivers can’t get enough of its song, frequently opting for the Volante over the coupe specifically for that particular perk, even despite wind buffeting being reportedly more noticeable than in other convertibles. Bentley might well offer higher-collar materials and a better navigation system with zippier engines, but Aston Martin has all the bragging rights with the unadulterated sound of this V12.

It’s not the most opulently outfitted grand-touring machine, with options like non-heated sport seats and a rear-view camera, but standard features include handy perks not often seen anywhere else, like a trunk-mounted umbrella, battery deactivation switch for extended stays in the port and a sound system customized to the DB9’s particular acoustics. Front and rear parking sensors are standard equipment to keep the paint job immaculate, as are power-folding mirrors for those tight spots.

Have you driven a 2015 Aston Martin DB9?
Rank This Car