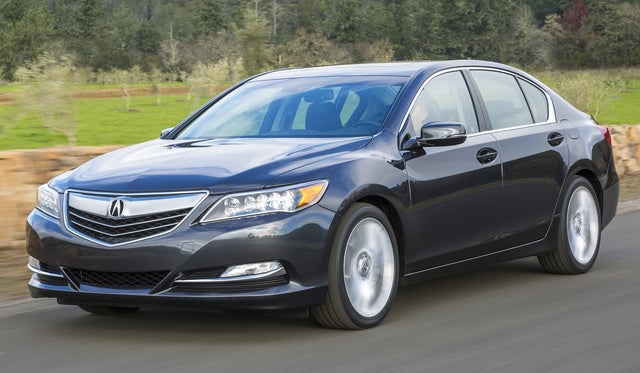 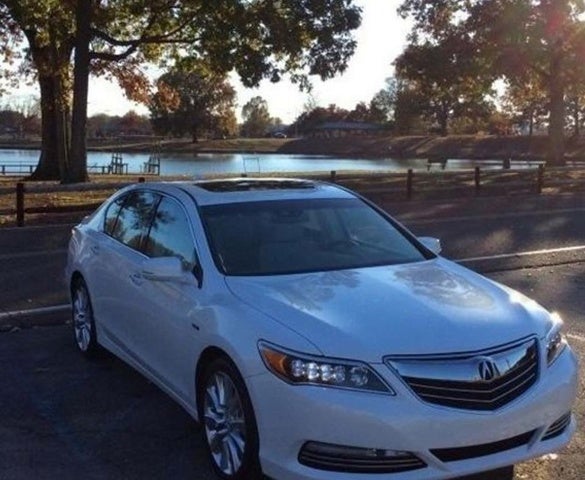 The driver's jury has spoken on the 2014 debut of Acura’s latest midsize sedan, and it’s not all good. A few returning brand fans were hoping for a greater progression forward in technology and luxury, but most of the complaints stem from a plague very common to first-year models: sloppy manufacturing. Acura sent just a few RLX models off the line last year that were begging for suspension, transmission and technological glitches, and though the maker is silent about it, those problems disappeared later in the year, indicating a swift correction of factory procedure.

Otherwise there are essentially no changes over last year. The Advance package gets a heated steering wheel, and the Sport Hybrid will not get updated for 2015, but that’s it. That leaves the RLX in somewhat of an odd position, not quite competing with its class brethren on things like sporting character, luxury or technology, but instead working to raise the bar for interior space and practicality in a luxury midsize. It’s not for everyone, but the RLX is a sedan every discerning driver can appreciate.

The RLX does a bit better on fuel than most in its class with a V6—the EPA rates it at 20 mpg city/31 highway—but you could take a mile off that economy as well as a half-second off the 6.3 seconds to 60 mph offered by the RLX and have a Lexus IS instead. That rear-wheel-drive Lexus also offers a more luxurious cabin, but it’s not as spacious as the RLX, and if you like to feel the road, there’s no better maker than Acura. Not to mention the RLX’s front-wheel drive is considerably easier to handle in hairy situations.

Effortless, spacious and familiar are RLX hallmarks. The 3.5-liter V6 putting out 310 hp and 272 lb-ft/torque matches up with a 6-speed automatic and traditional drivetrain technology for a tried-and-true character you won’t find in makes with something to prove. There’s nothing questionably by-wire, no awkward gesture-based remote controls and no need to fiddle with climate controls to compensate for a half-baked car if you opt for the Navigation package—the GPS detects which side is in direct sunlight and takes care of that for you.

The basic package still includes technology like a rear-view camera and 7-inch touchscreen display with Bluetooth audio and phone connectivity—the RLX is not a relic of a way-gone time, just a commuter on a mission to be thoroughly intuitive. And unlike the Lexus IS, the RLX offers memory for driver's settings, auto-dimming rear-view mirrors and tri-zone automatic climate control at its baseline. Opt up to the Navigation package for an 8-inch screen, voice commands and AcuraLink telematics and integration.

Moving up to the Technology package nets features like automatic wipers, power-folding mirrors, blind-spot monitoring, leather upholstery and a stereo upgrade. Going for the Advance adds adaptive cruise control, collision mitigation, lane-keeping assist, front and rear parking sensors, auto-dimming outside mirrors, ventilated front seats, heated rear seats and that heated steering wheel. There’s a second stereo upgrade available to Technology buyers that also adds automatic sunshades, but otherwise no options are available individually—it’s all or nothing, which is pretty much an apt description for the RLX itself. Take it or leave it. The RLX is what it is.

TheHorror I don't know where the comparison to the IS comes in. The RLX occupies a completely different segment of the market, and differs significantly from the Lexus in size and price.

Users ranked 2015 Acura RLX against other cars which they drove/owned. Each ranking was based on 9 categories. Here is the summary of top rankings.

Have you driven a 2015 Acura RLX?
Rank This Car