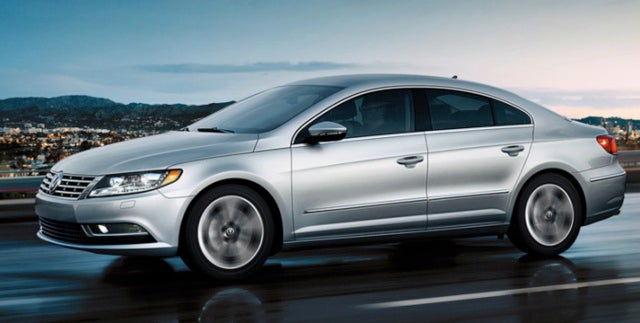 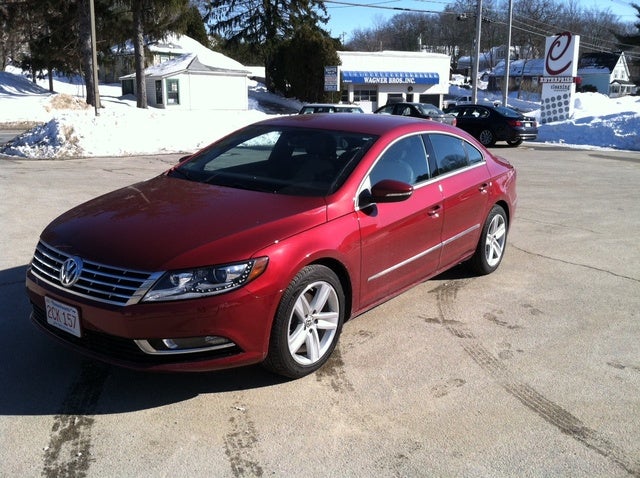 Hot off a 2013 style refresh, this midsize 5-seater gets navigation and VW Car-Net standard alongside a bit of a trim and feature reshuffle for 2014. The good news is Volkswagen answers drivers' calls for Executive features with the thrifty 2-liter turbo in the new 2014 Executive 2.0T. The bad news is it's not a complete carryover from one to the other, with some in-demand features still exclusive to the V6—and that's the extent of V-dub's pandering to last year's complaints.

However, that's not the end of this year's major updates. The Sport Plus and Lux trims are gone for 2014, but the V6 4Motion Executive is still the only trim with all-wheel drive (AWD) and the stellar Dynaudio sound system. In other words, don't expect any heavy feature trickle-down. Drivers are overall quite pleased with the 2013 CC refresh—minus that grille, perhaps—but having debuted in 2009, the CC has its issues, and this year didn't address all of them.

For instance, the V6 keeps its exclusive parking sensors and massaging and ventilated seats, with VW still leaving these features out of any options box despite drivers' pleas for these in less-expensive trims as well as neglecting to offer many other features standard in similar competitors, such as the Ford Fusion's blind-spot monitoring and parking assist. Most drivers adore the new-for-2013 style inside and out, with the only harsh comments on looks reserved for its Ford-reminiscent grille.

Other 2013 complaints amount to the CC's excessive oil requirements and various flimsy bits that seem to need replacing sooner than any new car should require, such as switches, panels and even doors that apparently weren't properly installed by the factory. Some also report a mysterious rattle, but this is fairly typical just after a style update and should be resolved for 2014.

Basically everything else carries over unchanged. The quiet cabin, smooth ride and comfortable interior are still reminiscent of a luxury car with a far higher ticket—not to mention its standard automatic climate control and other high-end gadgetry. Every trim in the now 4-trim CC lineup but the V6 offers a Partial Zero Emissions (PZEV) setup, and that V6 still gets the worst fuel economy, estimated at 17 mpg city/25 highway, also still without a quicker sprint to 60 mph than 6.8 seconds. The CC's suspension still doesn't lend well to tight curves, but the cornering LED headlights that turn with the steering are repeatedly praised for their increased visibility. All in all, a great car if you're not demanding much more than convenience, style, comfort and value.

Speaking of value, the 4-cylinder 2-liter turbo powering the Sport, R-Line and 2.0T Executive fetches about 22/31 mpg, or 21/32 with a manual. The Sport is the only trim available with that 6-speed manual—all others are relegated to the 6-speed shiftable automatic only. The turbo's 60-mph benchmark only loses about a half-second off the V6 for a 7.3-second finish, which is remarkably quick for a midsize four-banger. Otherwise the CC is just what you would expect of an entry-level luxury midsize; easy on the eyes, nice to touch and mostly comfortable if a bit tight. Not even its 13-cubic-foot trunk can really be called spacious, but most drivers agree—like everything else about the CC—it's at least a budget box with dignity.

Have you driven a 2014 Volkswagen CC?
Rank This Car

My car has had problems starting up for about 6 months now off and on. The first time it happened, I was out of town for a week so it wasn't being used for that amount of time, so I didn't pay it mu...

I Paid My Bank The Total Of The Car Loan, I Will Take 10 Business Days To G...

Can I sell it in this way my vehicle, is a legal way to made a deal with a potential buyer

Is There A Way To Turn The Radio Off And Still Hear The Voice Directions Of...

2014 VW CC Nav system: I set the navigation system to find a certain address and I would like to hear the voice commands from the Nav system. However, I do not want to listen to the radio or any o...