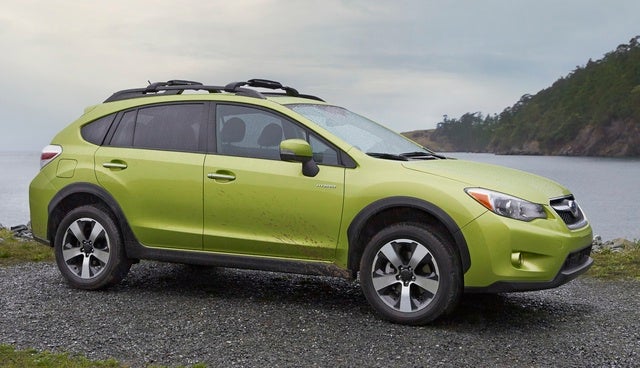 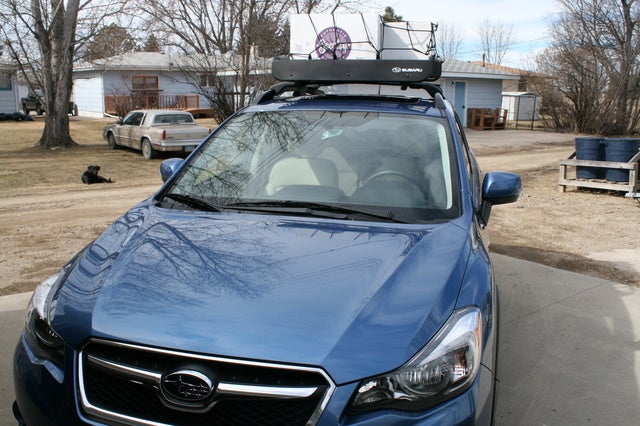 Knowing they had to keep up with the competition, the folks at Subaru have finally unveiled their first hybrid vehicle in the eminently capable, if not impressively more fuel-efficient 2014 XV Crosstrek Hybrid. This compact 5-seat, 5-door crossover totes the standard full-time all-wheel drivetrain (AWD) inherited from its non-hybrid Crosstrek siblings, while the cargo area, which houses the hybrid's unique battery pack, is cut by about 1.2 cubic feet to just over 50 cubic feet total with the rear seats folded.

The debuting XV Crosstrek Hybrid is offered in a single Base trim, while an optional Touring Package offers available upgrades to wheels and interior appointments as well as some added exterior goodies and results in the XV Crosstrek Hybrid Touring sub-trim.

This marginally more fuel-efficient mini-ute, again like its regularly powered brethren, takes its styling and suspension cues from the well-wrought Impreza sedan, while sporting a hybrid version of the standard 2.0-liter horizontally opposed Boxer 4-cylinder (flat-4) engine common to its less exotic kin. With the traditional continuously variable transmission (CVT) managing both the four-banger and a 10-kilowatt electric motor, total power numbers run to 161 hp and 193 lb-ft of torque, resulting in what reviewers call acceptable if not neck-snapping acceleration. Mileage, meantime, is expected to approach 33 mpg city/25 highway, which is, alas, not significantly better than the regularly powered trims.

Of course, the standard AWD system, pushing most of the torque to the front wheels in normal driving conditions, is always on tap to transfer torque from the wheels that slip to the wheels that grip when conditions warrant.

Feature-wise, this competent hybrid crossover, in its Base form, is slated to boast a few unique touches, like silver-finish taillight trim pieces, an aerodynamically enhanced grille shutter and noticeably svelte 17-inch alloy wheels. A roof rack, as well as a rear spoiler and heated power-adjustable rear-view mirrors, complements the handsome profile, while cloth upholstery, heated front seats and full power accessories grace the cabin. Cruise control remains standard in this introductory hybrid ute, as does telescoping tilt-wheel steering, while a rear-view camera and Bluetooth hands-free communications are again interfaced with a single-CD player and 6 speakers via a multifunction touchscreen display.

What's your take on the 2014 Subaru XV Crosstrek Hybrid?

Have you driven a 2014 Subaru XV Crosstrek Hybrid?
Rank This Car

This is more of a diagnostic question. I've recently purchased my crosstrek from a dealership and noticed it has a knocking noise in lower gear. It is quite loud as compared to the actual engine noi...

Going to Denver and then on to Bailey CO. from Nebraska, will my car have enough power to get into the mountains with 4 adults?

Can a trailer hitch be added to a crosstrek hybrid to carry a mobility scooter?

119 views with 2 answers (last answer about a year ago)

I Want To Buy A Donut Spare For My Subaru 2014 Crosstrek Hybrid. What Size ...