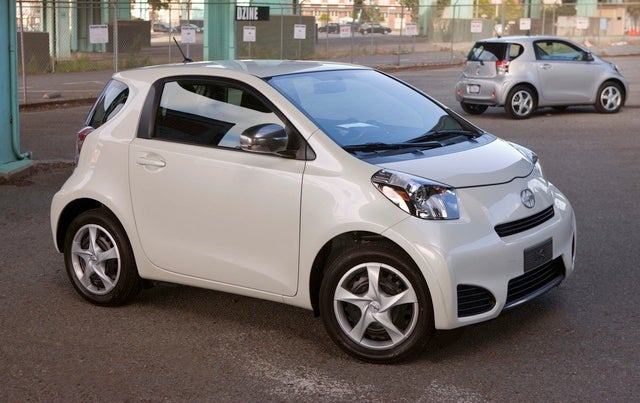 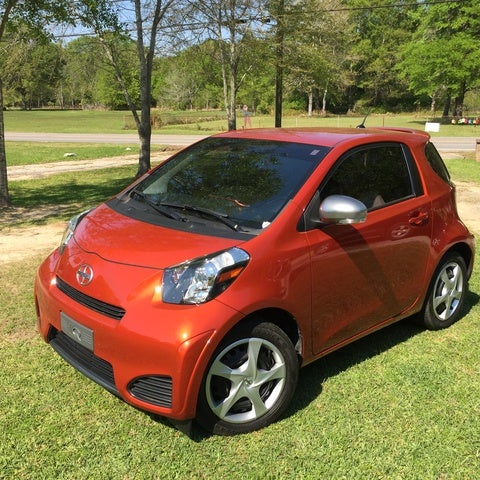 Lilliputian is the first word that comes to mind with a look at Scion’s 2014 iQ 2-door subcompact hatchback. And yet that word could be used advisedly, since this Toyota-based mini-car is significantly longer and wider than its closest rival, the new Smart ForTwo. The iQ can also carry up to 4 passengers in 2 rows of seating, albeit everyone will have to leave their baggage at home, since cargo space is a mere 16.7 cubic feet with the rear seatbacks folded. Let’s face it, cars like Scion’s iQ iterations and their Smart(car) peers are designed to comfortably seat 2 and with city traffic and parking challenges in mind, not the windblown open road.

In any case, the pint-size iQ comes in two trims for 2014, the Base and the limited-production Scion 10 Series, which commemorates Scion’s tenth year in existence. Both trims are, as is traditional, front-wheel-drive only (FWD), and both sport a standard 1.3-liter inline 4-cylinder so-called “powerplant.” Mated with a slick continuously variable transmission (CVT), this glorified lawnmower engine puts out 94 hp and 89 lb-ft of torque, while variable valve timing (VVT) helps keep mileage at a pretty darned decent 36 mpg city/37 highway.

Finally, Scion’s micro-hatchback boasts such standard safety features as 4-wheel antilock brakes (ABS) with a front disc and rear drum setup, as well as traction and stability control. Of course airbags are positioned at the front and to both front sides, not to mention front and rear head airbags. Additionally, turn-signal-integrated mirrors are standard in both trims, while front fog/driving lights are optional for each.

GuideDog I have one to drive for 3 weeks, no other compacts were available for rental. It is ugly, noisy, slow, uncomfortable, underpowered and feels cheaply made. The seating position is atrocious and I feel like a monkey on a bar holding on to the impossibly positioned steering wheel. I only drive 3-4 kilometres at a time as I am on a small island to work for a few weeks. I would hate to drive it further. The doors are too long and cumbersome. The only positive aspect is the small turning circle. It lurches and bounces over every bump in the road. Probably the worst car I have ever driven, although I haven't driven a Smart car. Did I say I don't like the iQ? Do not buy one - ever.

GuruTZFJG i got one and LOVE it

Users ranked 2014 Scion iQ against other cars which they drove/owned. Each ranking was based on 9 categories. Here is the summary of top rankings.