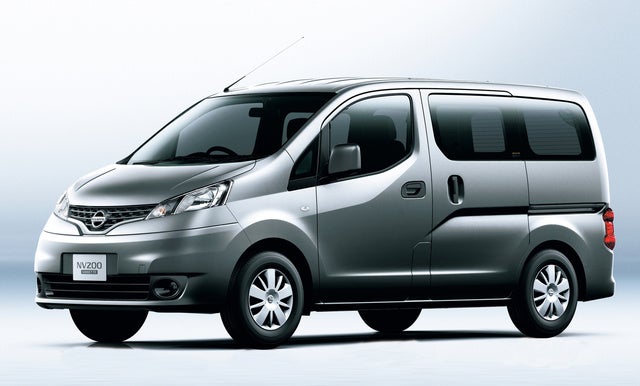 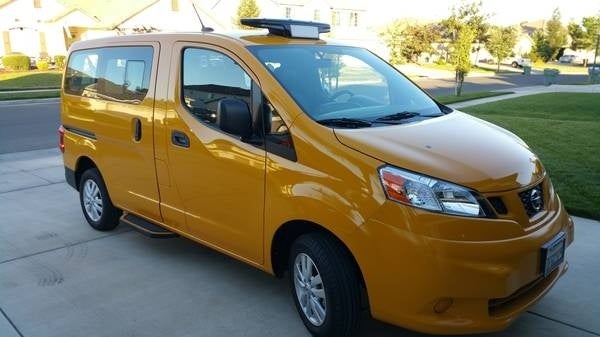 Much has been made of the fact that Nissan’s boxy yet bountiful 2014 NV200 taxi, the downsized version of its Ford-Transit-Connect-challenging NV cargo van and passenger wagon, seems destined to become New York City’s sole taxi source.

What this Lilliputian laborer brings to the taxi table, besides some anticipated legal wrangles in NYC, is a space-saving, gas-sipping alternative to the present fleet of Ford’s dated and over-bearing, though admittedly more classy and powerful, Crown Victoria. It also brings an odor-eating headliner, antimicrobial leatherette seats, a couple of charging stations for cellphones and other electronic doodads, and independent front and rear air conditioning controls. For the driver (or owner/operator, if you prefer), standard navigation and a rear-view camera, not to mention sliding rear passenger doors and some allegedly hefty luggage space, may or may not, keep him or her from missing the ubiquitous Crown Vics of yore.

In any case, it remains unclear if the NV200 will return in its original (in 2013) S Cargo and SV (passenger) form, though if the taxi gig doesn’t work out, the end of the line for this shrinking violet may be assured.

Whatever, look for a variable-valve-timed (VVT) 2.0-liter inline 4-cylinder (I4) engine to be the only power choice, lineup-wide, and it should remain under the management of a standard continuously variable transmission (CVT). Look for a paltry 131 hp and 139 lb-ft of torque from this front-wheel-drive-only (FWD) hack, with mileage figures estimated at an urban-friendly 24 mpg city/25 highway.

Alas, one of the downsides in the taxi version of the NV200 is a projected lack of oomph from its less potent (compared to the Crown Vic) powertrain, along with the dubious staying power of the added creature comforts, at least according to a number of media sources.

Users ranked 2014 Nissan NV200 against other cars which they drove/owned. Each ranking was based on 9 categories. Here is the summary of top rankings.

I Would Like To Alter The 12v To An Always On System.

Right now my 12v turns off when the car is turned off. I would like it to be on all the time. how do I do this?