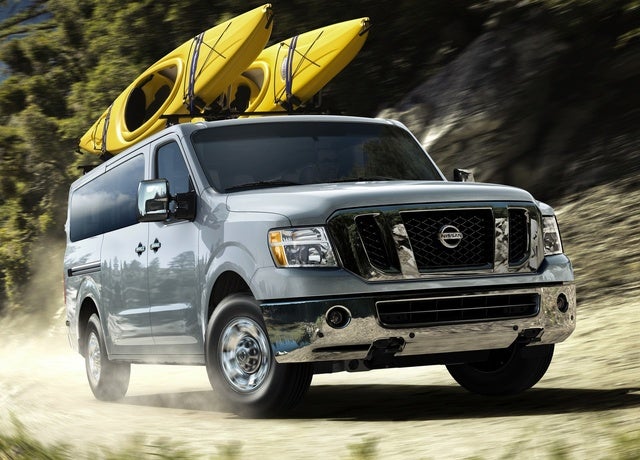 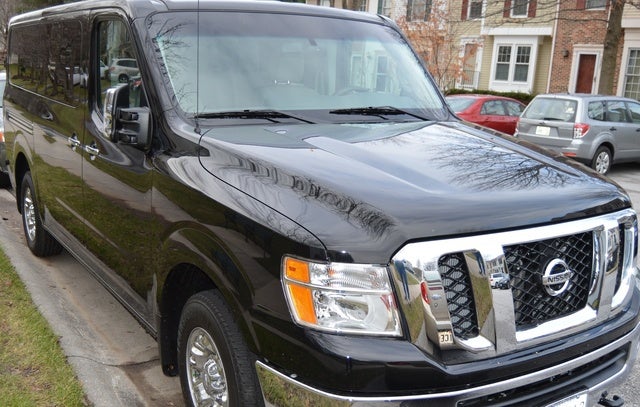 For all you airport schleppers, family-vacation devotees and carpool gurus, Nissan has just what you’re looking for with its full-size 2014 NV Passenger van. Multi-configurable 12-occupant capacity in 4 rows of seating, over 28 cubic feet of cargo area behind that fourth row and 120.7 cubic feet of total toting acreage has this 3-door full-size people hauler getting the whole crowd where they’re going comfortably and efficiently, and it looks good doing it.

Introduced for the 2012 model year, the 2014 edition of the NV Passenger remains available in 3 trims, the base 3500 HD S, the up-featured 3500 HD SV and the top-shelf 3500 HD SL. The only significant change to this year’s editions finds that the once-optional Towing Package is now standard for those trims toting V8 power.

And speaking of power, look for the variable-valve-timed (VVT) 4.0-liter V6 to return as the standard engine in the NV Passenger S and SV trims. Managed by a well-wrought 5-speed automatic transmission, this peppy 6-banger puts out 261 hp and 281 lb-ft of torque, which is good enough to tow up to 7,000 pounds of trailer with the proper equipment.

For those with the need for a tad more oomph, a 5.6-liter V8 engine comes standard in the NV Passenger SL iteration even while it remains optional for the S and SV variants. Expect this peppy powertrain to again mate with the 5-speed automatic for 317 hp and 385 lb-ft of torque, with towing capability maxed out at a hefty 9,500 pounds with the now-standard towing gear. And by the way, these distinctly styled vans come only in rear-wheel-drive (RWD) configuration.

What's your take on the 2014 Nissan NV Passenger?

Have you driven a 2014 Nissan NV Passenger?
Rank This Car