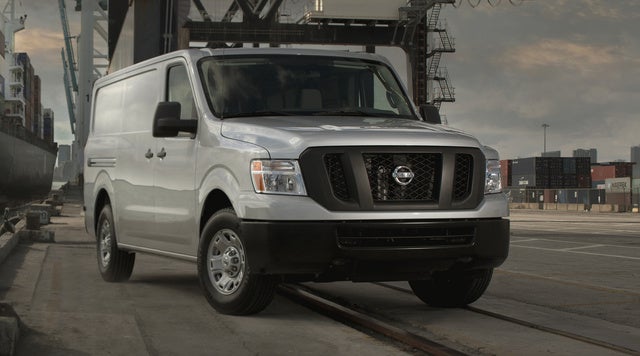 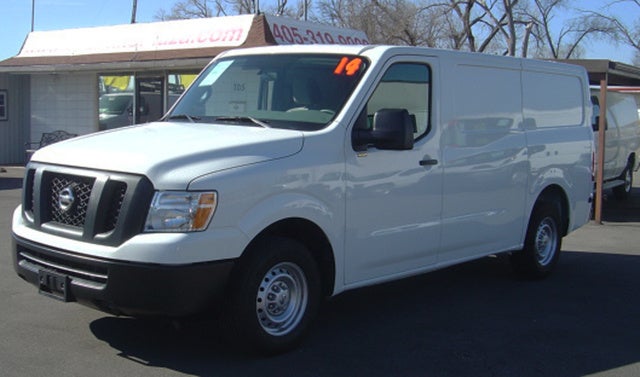 Nissan continues to challenge the Ford E-Series, Chevy Express and even Mercedes-Benz’s ground-breaking Sprinter schlep-masters with its 2014 NV Cargo van. Essentially unchanged from its 2013 debut version, this 2-place full-size workaholic is, according to Nissan, a result of comments solicited and received from owners of the above rivals over a couple of years.

Such innovations as strong yet fuel-efficient engines, an admirably people-friendly interior flaunting a few extra creature comforts and a certain distinctiveness in the NV Cargo's profile give the Japanese automaker’s duty-bound van a hefty start in the load-toting vehicle market. A total of 6 trims, the base half-ton 1500 S, the up-featured 1500 SV, the midlevel three-quarter-ton 2500 S and 2500 SV, and the one-ton 3500 S and 3500 SV, can be complemented at the 2500 and 3500 level with a High Roof option, allowing these headroom-savvy vans to accommodate a 6-foot, 3-inch driver or helper. Additionally, while the standard NV Cargo offers 234.1 cubic feet of cargo space, those NVs packing the ultra-elevated roof can tote an impressive 323.1 cubic feet of payload—not quite Sprinter numbers, but not bad at all.

Such amenities as 17-inch steel wheels, premium cloth upholstery, a fold-flat passenger seat and tilt-wheel steering adorn the S versions of the NV lineup, with standard air conditioning complemented by a single-CD player and 2 speakers.

All trims, meanwhile, can be delivered with such available extras as Nissan’s Fleet Tracker, sporting GPS-interfaced vehicle tracking and stolen-vehicle-recovery assistance, as well as extra window glass, a rear-view camera and splash guards.

Powering the NV Cargo 1500 and 2500 trim levels is a 4.0-liter variable-valve-timed (VVT) V6 engine that combines with a 5-speed automatic transmission for 261 hp and 281 lb-ft of torque. Mileage numbers are as yet unavailable for this peppy 6-banger, but with the proper equipment, this spiffy Nissan worker bee will tow up to 7,000 pounds.

Optional in the 1500 and 2500 trim levels and standard in the NV Cargo 3500 variations is a 317-hp V8 powerplant with variable valve timing that again comes under the management of a 5-speed automatic to put out 385 lb-ft of torque. Oh, and look for towing to be maxed out at 9,500 pounds in V8-packing NV Cargo versions, while all trims are delivered with only rear-wheel drive (RWD).

Users ranked 2014 Nissan NV Cargo against other cars which they drove/owned. Each ranking was based on 9 categories. Here is the summary of top rankings.

Have you driven a 2014 Nissan NV Cargo?
Rank This Car