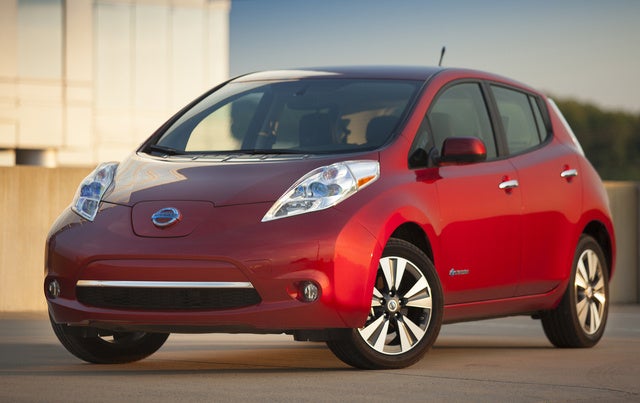 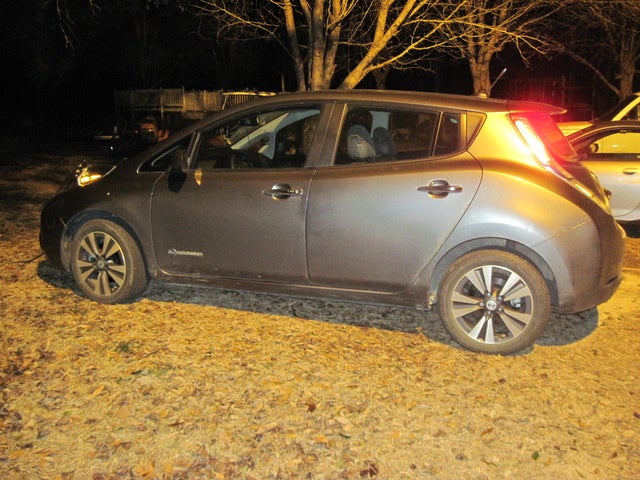 Carrying over largely unchanged for its fourth year, Nissan's all-electric hatchback is quickly nearing perfection. The only updates for 2014 are new voice-command navigation and SMS readout features for Nissan's available EV-IT infotainment system, and the previously optional rear-view monitor is now standard across the board. Drivers of the 2013 wouldn't call either very necessary—they're just some of many really nice perks about the Leaf.

All the fanfare usually levels out by this point in a model's lifespan, but the Leaf is just barely getting started. It didn't get much attention at launch with so much criticism out of professional reviewers, but drivers say the Leaf won them over for 2 major factors: zero gasoline expense with free charges at the dealership, and an overall sense of home-turf comfort. Tall people have no problems driving it, and the Leaf's range isn't terribly affected by keeping up with the gas-chugging Joneses.

Of course drivers also say they're willing to pay for a bigger battery to get more than about 75 miles on a full charge, but bear in mind most of those who purchased the Leaf as a second car now drive it more than their "regular" one. Otherwise drivers talk about little details like being able to move the front seats further back and manual overrides for interior lights, just in case you forget to completely close the hatch, for instance, but nothing really major.

The only genuine complaint is due to the usual shortcomings of batteries, which lose power quicker in cold weather just as a matter of chemistry and lose more when the driver needs to keep the cabin warm. This results in something more like 60 miles of range on a full charge in cold conditions. Beyond that, drivers in the know recommend charging your battery up to only 80% and never letting it drop below 20% to preserve its life, which over time will nevertheless reduce range to about 38 miles without using climate control.

Nissan is hard at work trying to expand that range, but they're also up against a brick wall when it comes to demand. Which is to say that its Tennessee plant is going at full throttle and is still managing to keep only a 9-day supply for dealerships. While the Nissan Leaf may not be the most powerful or beautiful or spacious front-wheel-drive hatchback, it is definitely the most economical and an easy favorite with plenty to love.

Still offered in base S, mid-level SV and top-shelf SL trims, the Leaf achieves 60 mph in about 10 seconds with its 80kW electric motor good for about 107 hp and 187 lb-ft of torque, also boasting 24 cubic feet for cargo before folding down the rear bench for another 6 cubes. That's a little slow and small by conventional compact hatch standards, but nothing drivers consider a real problem.

Starting under 30 grand and coming standard with features like a 4.3-inch LCD information display and 100% electric motivation are not things that usually go together, so that translates to drivers as a winning combination. Sure, it's no horseshoe, but the Leaf is close enough with the right price to clinch a victory in the real world.

Users ranked 2014 Nissan LEAF against other cars which they drove/owned. Each ranking was based on 9 categories. Here is the summary of top rankings.

Have you driven a 2014 Nissan LEAF?
Rank This Car

c an see insides of cars more than one

I wish to provide feedback on my experience buying car from Kingdom Chevrolet in Chicago. Bought a used Nissan Leaf thru them. I understand you will send me email that I can provide the feedback t...