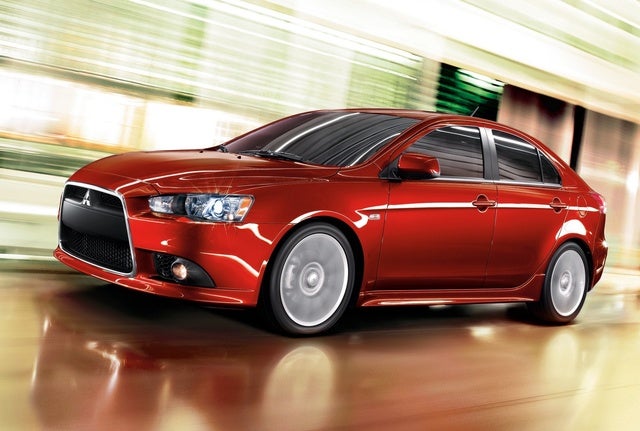 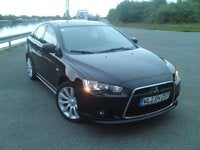 Mitsubishi again offers some design flash and flair with the 2014 version of its Lancer Sportback. On the flip side, some reviewers find that the 2014 Mitsubishi Lancer Sportback handles well and can be fun to drive, but continues to have a tough time living up to its looks and style.

The 2014 Mitsubishi Lancer Sportback builds on the company’s popular Lancer and does have some good things going for it, including a decent chunk of cargo space (52.7 cubic feet with the rear seats down) waiting to be filled with toys for active boys and girls, whether they like skiing, camping, surfing or other activities. As an added bonus for those who want to play, the Sportback comes with roof-rack sockets in place and ready to carry a Thule sports rack.

The experts tend to feel, though, that the 2014 Mitsubishi Lancer Sportback comes up short in a crowded field of affordable smaller cars against the rides that have been doing the job for years, or even coming on in recent years, like the Mazda3, Subaru Impreza, Ford Focus and Hyundai Elantra GT.

Reviews seem to be mixed, however, both from a general standpoint and in specific areas. For instance, some like and praise the interior of the 2014 Mitsubishi Lancer Sportback. They cite controls and gauges that are straightforward. They also praise the relative comfort of the rear seats. Others are far less impressed and raise issues, in particular, with the lack of a telescoping steering wheel and the quality of the materials inside the cabin.

Both the ES and GT versions team with a continuously variable transmission that has a manual mode with paddle shifters. The ES checks in with fuel mileage numbers of 24 mpg city/32 highway and the GT is estimated at 22/29.

The ES gets air conditioning, cruise control, a rear wing spoiler, 16-inch steel wheels, a CD player with MP3 capability and a 60/40 split folding rear seat. Mitsubishi sends the GT out with a sport-tuned suspension, 18-inch alloy wheels, push-button start and a roof rack. A rear-view camera and a 6.1-inch touchscreen that runs a Fuse infotainment system are new for 2014 in the GT.

The 2014 Mitsubishi Lancer Sportback scores well in government and Insurance Institute for Highway Safety crash tests. It features 7 airbags, including a driver-side knee airbag, stability and traction control, antilock brakes with brake assist and a LATCH (lower anchors and tethers for children) system.

What's your take on the 2014 Mitsubishi Lancer Sportback?

Have you driven a 2014 Mitsubishi Lancer Sportback?
Rank This Car

Good Certified Service Center For Mitsubishi Without Having To Go To Dealer...

I am looking for an authorized service center to do warranty repairs without having to go to the dealership.