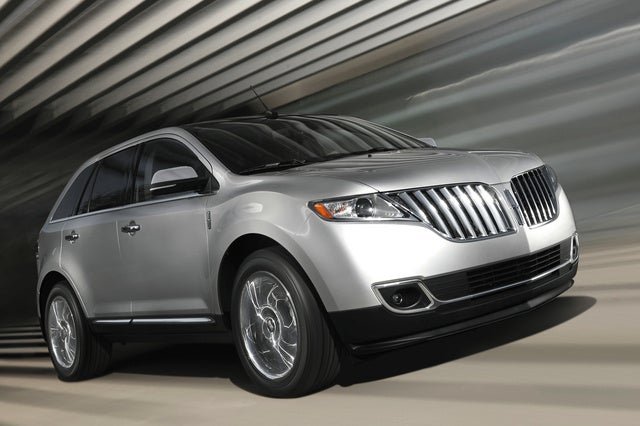 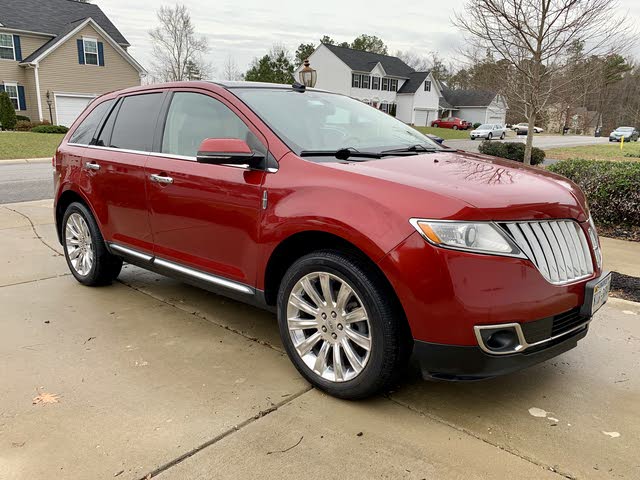 The 2014 Lincoln MKX offers the kind of standard features, plush cabin, comfortable seats and smooth ride you would expect in a luxury sedan, but delivers it with the added size of an SUV.

The MXK was last redesigned in 2011 and it only receives some minor tweaks for 2014 – a few small cosmetic changes, available polished aluminum 20- and 22-inch wheels, and a new Limited Edition Package that includes contrasting red stitching, dark tuxedo stripes and piping, leather seats and unique leather trim for the steering wheel, center console and instrument panel.

While the oversized, double-wing grille is both prominent and polarizing, there's not much to complain about with the rest of the MKX's exterior or interior styling. The side and rear profiles are smooth bordering on understated. The interior is also conservative, but its obvious craftsmanship, tasteful wood and metallic trim and appealing soft-touch materials give the cabin an unmistakable luxury. The front bucket seats are exceptionally comfortable, even on long rides, and the driver's side seat has two memory settings that also adjust the power mirrors and power tilt/telescoping steering wheel. The rear seats, which recline a few degrees, also provide long-distance support, even for three adults.

The MKX has 32.3 cubic feet of cargo space behind the rear seats, a number which is slightly below average for the class thanks in large part to the high cargo area floor. A standard power liftgate does make loading cargo easy, and the space expands to 68.6 cubic foot when the rear seats are folded. The MKX also makes good use of its door panels, center console and glove box to provide a plethora of handy storage nooks.

Under the hood lies a 3.7-liter V6 that spits out a whopping 305 horsepower and 280 lb-ft of torque and is the same engine that powers Ford's Mustang. That beast is mated to a six-speed automatic transmission that can be manually operated with steering wheel-mounted paddles. The front-wheel drive versions of the MKX get 19 city/26 highway mpg, which are very good numbers considering the amount of horsepower the engine generates. The efficiency for the all-wheel drive models does take a hit, however, and comes in at 17/23 mpg.

With a curb weight in excess of 4,200 pounds, the MKX isn't exactly quick or nimble, but the engine provides enough power for reasonable passing situations, even with a full load of cargo. This SUV definitely handles like one – there's no mistaking it for a luxury sedan in that realm – but the steering has a solid feel and the ride is smooth and quiet.

Bob The 2015 is going to be a carryover. The new body style will not be in production until 2016

Users ranked 2014 Lincoln MKX against other cars which they drove/owned. Each ranking was based on 9 categories. Here is the summary of top rankings.

Have you driven a 2014 Lincoln MKX?
Rank This Car

Does the 2014 Lincoln MKX have a digital speedometer

Can The Middle Arm Rest Be Replaced Or Refurbished

My 2014 Lincoln Mkx Won't Start. Says System Off To Save Battery

I Replace My Car Battery On 2014 Lincoln Mkz Twice Something Is Killing The...