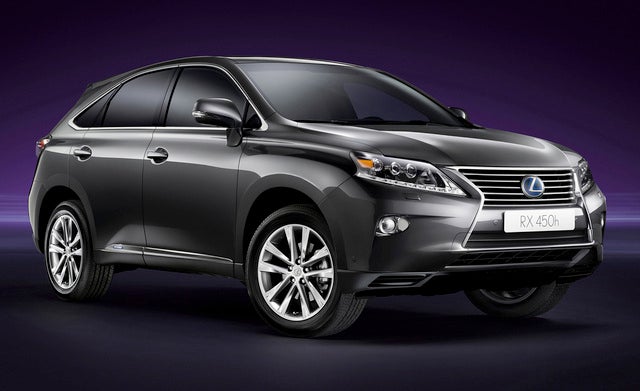 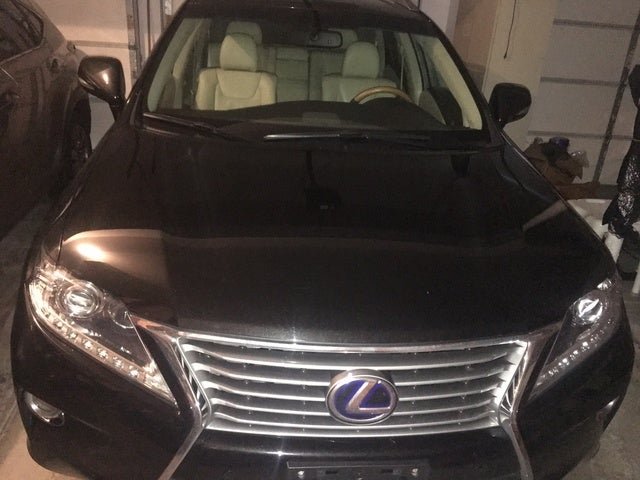 Winning friends and influencing people might be a little easier with the 2014 RX 450h offered by Lexus. While it isn’t quite as plush as some of its German contemporaries, this midsize luxury crossover has just enough flash to amaze and delight, as well as a standard hybrid powerplant that’s sure to tickle the budget-minded tree-huggers among us. Then there’s the delivered seating for 5 and the standard front-wheel drive (FWD), which again can be deleted in favor of full-time all-wheel drive (AWD). Said AWD system, as is traditional, keeps power going to all 4 wheels, while pushing most power to the rear wheels in normal conditions and remaining alert to transfer torque from the wheels that slip to the wheels that grip when things get slippery.

Available since the 2010 model year, Lexus’ posh RX 450h hybrid sees a few minor cosmetic changes for 2014, including the new spindle-style grill that now decorates most of the Lexus lineup, and brand new LED taillights with silver-look bezels. Inside, look for a slightly redesigned center console and a new-look leather-wrapped steering wheel. And of course this classy crossover still totes 80.3 cubic feet of cargo space with the rear seats folded, allowing some 1,245 pounds of payload.

The hybrid edition of the 3.5-liter V6 engine that powers the non-hybrid RX 350 lineup mates with a pair of electric motors (one for locomotion, one powering accessories) in the FWD version of the RX 450h, while a trio of motors (the extra dedicated to getting power to the rear wheels) remain in the AWD variant. Again, a smooth continuously variable transmission (CVT) manages the 295 total hp tossed out by the combined gas and electric systems. Mileage, by the by, is estimated at 32 mpg city/28 highway in the FWD version of the 2014 RX 450h, while the AWD edition is estimated at 30/28. As is usual, brake regeneration helps charge up the nickel-metal hydride battery, while this upscale ute can go for short distances on electric power alone in downtown traffic.

Standard appearance goodies in the slightly tweaked exterior of this capable crossover include 18-inch alloy wheels, a rear spoiler and, also new for 2014, a power rear liftgate. Inside, expect cloth upholstery, power-adjustable front seats and reclining rear seats, bolstered by cruise control, telescoping tilt-wheel steering and full power accessories, including heated power-adjustable outside mirrors. And all this is again embraced, in the meantime, by the touted Lexus Entune infotainment system, which interfaces with Bluetooth hands-free technology as well as an auto-dimming rear-view mirror, a universal remote garage door opener and dual-zone climate control. The 6-CD changer with its 9 speakers returns, as well, to boast standard satellite radio service and a USB port.

Options are plentiful, though the biggies, like navigation, an 8-inch touchscreen display, a power moonroof, upgraded and upsized wheels, added exterior bling, leather upholstery, heated front seats and Mark Levinson premium audio come in packages that might tend to overburden the MSRP. A few items, like the self-explanatory Intuitive Parking Assist, not to mention Enform smartphone apps, remain offered as standalone options.

Users ranked 2014 Lexus RX Hybrid against other cars which they drove/owned. Each ranking was based on 9 categories. Here is the summary of top rankings.

Have you driven a 2014 Lexus RX Hybrid?
Rank This Car

How Can I Search For Vehicle Equipped With HUD Feature?

Any SUV or crossover