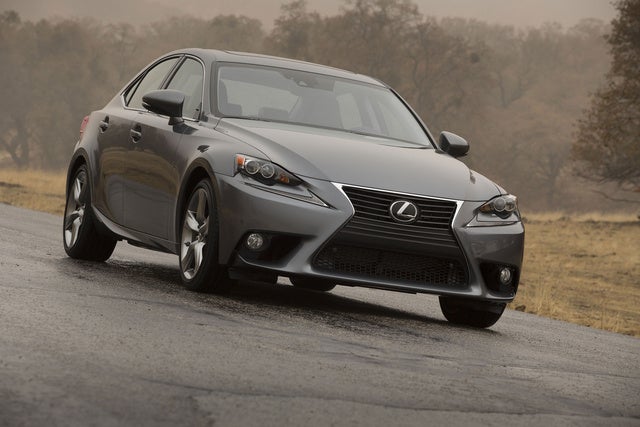 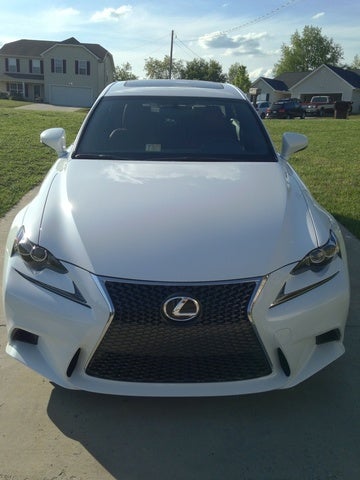 Sumptuous speed gains a sultry skin and more to love in the next-generation 2014 Lexus IS 350. Building on the excellent mechanicals that made this comfortable commuter a midsize star, Lexus adds as much as 2 inches of legroom, as requested, while refining every other simply “good” feature into something much more exhilarating. Which is to say the ride, performance, technology, comfort and insulation were all good before, but now these attributes trump expectations as Lexus raises the bar on itself yet again.

Normally, increasing every exterior dimension by at least half an inch and overall length by 3.4 inches would decrease responsiveness. So, too, would a heavier roll bar up front, especially if nothing changed about the engine. These details indicate that previous notions of a merger between the convertible IS C and the sedan's platform are about as true as you can expect, at least at this point without any official word on the upcoming 2015 lock-step renewal for the C. All told, none of this boded very well for this rendition, especially given the IS sedan's frankly middling performance in all its previous incarnations—until early testers got their hands on the 2014.

With a character touted as having a certain compact charm more akin to that of a hot-hatch than a nearly full-size sedan, this IS 350 is much more willing to hug curves just as dramatic as those on its all-new body. Its 3.5-liter V6 still pumps out 306 hp and 277 lb-ft of torque, rear-wheel (RWD) or all-wheel drive (AWD) are both still available, and it still fetches 19 mpg city/27 highway with RWD or 18/26 with AWD. None of those things changed. However, the 2014 IS 350 now offers an 8-speed paddle-shiftable automatic to RWD models that probably has something to do with its half-second-faster zip-to-60 mph time, now much closer to 5 seconds flat.

The IS 350 also shares a 6-speed shiftable automatic with its little brother, the IS 250, but the smaller-block version doesn't get a taste of the 8-speed's Sport mode with “G-Force Artificial Intelligence,” which essentially gives you an automatically locking torque converter. For those who haven't misspent their youth, that translates into instant and even power delivery through the transmission whenever this AI figures you need it.

In short, it's a double-duty dream come true that, alongside the rest of this iteration's massive drivetrain overhaul, completely eliminates that previously floaty-muddy performance when you needed mean-street performance. The F Sport, of course, takes that up a notch, further tweaking everything in the everyday IS 350 specifically to deliver more punch on pavement. No word yet on how that turned out, at least not in any detail.

Featuring things like a 60/40 split-folding rear seatback for the first time in 2014, the IS 350 hasn't lost sight of its commuter calling in the process of becoming a more sporting contender. The interior redesign with those added inches on the outside means even a 6-footer won't mind taking a back seat. Options to complement standard technology like a 7-inch infotainment screen using touch-sensitive controls include a rear-view camera, navigation system, heated and ventilated seats, rain-sensing wipers and all the literal bells and whistles you've come to expect to be available in a modern luxury long-hauler, like blind-spot monitoring, cross-traffic alert and lane-departure warning systems.

Users ranked 2014 Lexus IS 350 against other cars which they drove/owned. Each ranking was based on 9 categories. Here is the summary of top rankings.