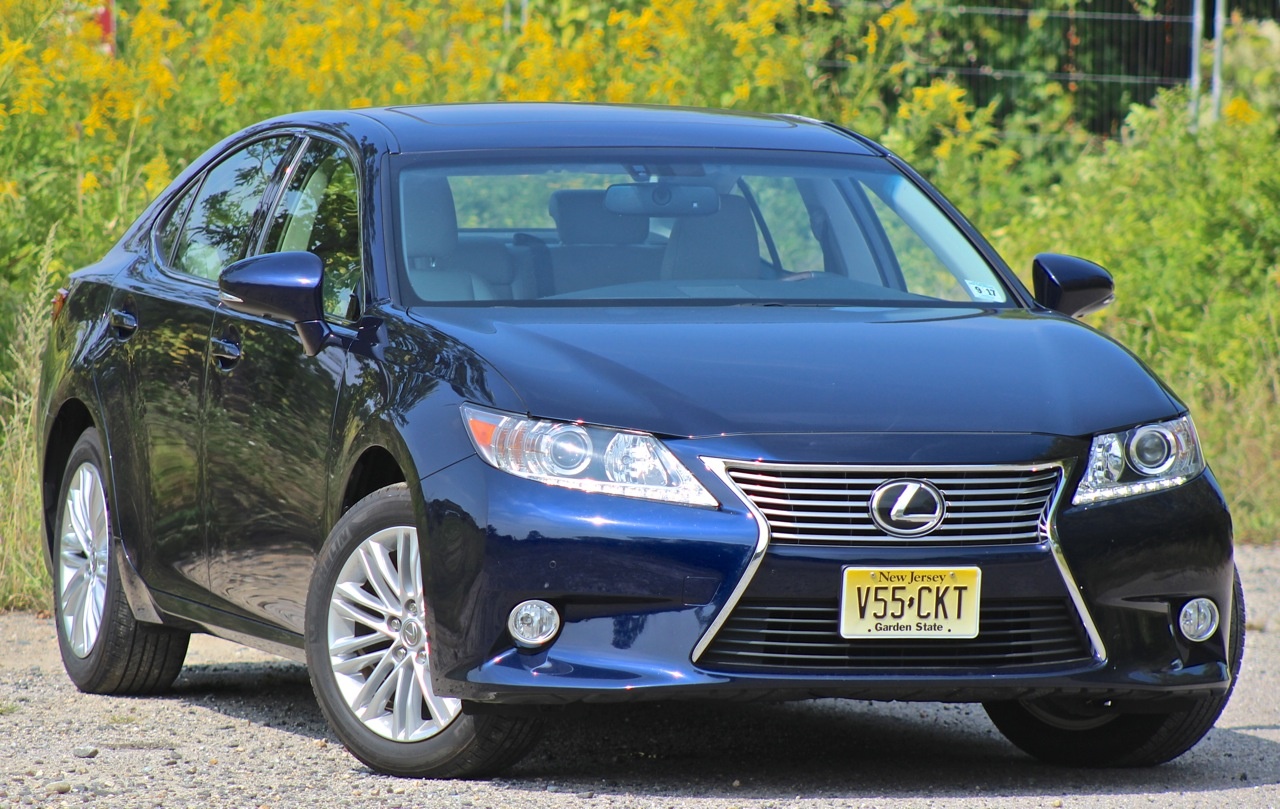 Although in the North American market since 1989, Lexus came to be the pillar of reliability and comfort that it is now in the mid-1990s. A first-generation Lexus ES 300 did not have the performance pedigree of say, a BMW, Audi or Mercedes-Benz, but the new leather-clad 4-door sedan did enjoy a reputation for reliability and affordability of parts handed down by parent company Toyota. It was also one of the best-selling luxury cars of all time. Flash forward to 2013, and the Lexus ES has grown, embraced the latest in-car tech and somewhere along the way, learned how to have an attitude.

Lexus has spent years establishing its reputation for reliability, but knowing that your car won’t break down is not a sexy selling point. Audi need only run a highlight reel of Quattro rally footage from the 1980s to inspire someone to buy a new A4. And these days buyers expect as much excitement out of their new cars as dependability. 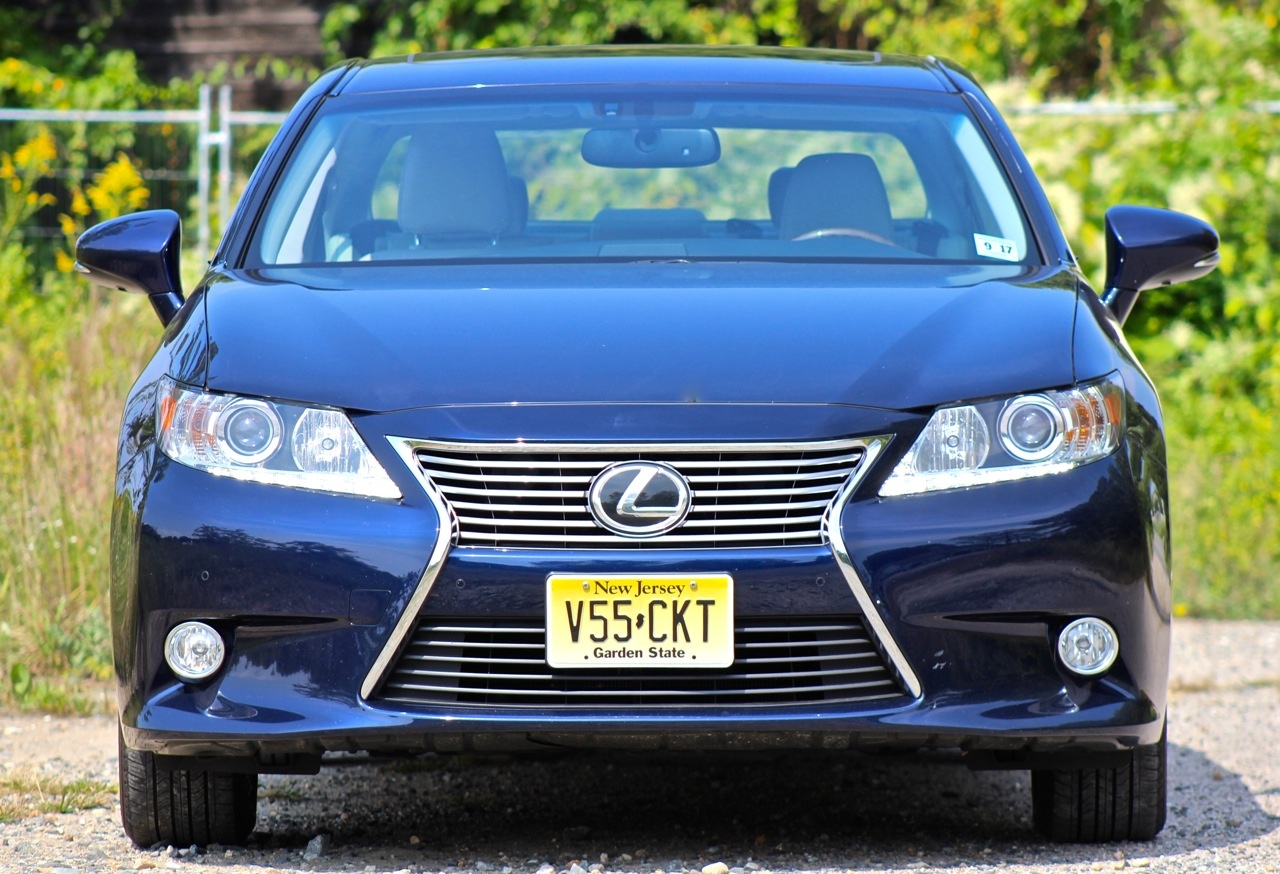 Lexus has been on a campaign to reinvent its image, attempting to eschew the old and stodgy in favor of something a little more racy. From its range-topping LFA supercar all the way down to compact hybrids like the CT 200h, everything is getting the performance treatment. The 4-door, 5-passenger ES 350 is the latest to receive this more menacing makeover, characterized by the angular LED headlights, snarling “pinched” front grille and sharply raked rear window.

As part of the effort to move away from the staid, this vehicle no longer shares a platform with the Toyota Camry, which it has done since the introduction of the ES in 1989. This has allowed Lexus to craft the ES to fit its own corporate styling rather than having to make tradeoffs with its parent company. It also eliminates the ability of the guy in the office next to yours to employ the age-old critique that you’ve “just purchased an expensive Camry.”

One need only look at the interior to know this is no gussied-up Toyota. While Lexus has been remaking the exterior of its vehicles with a more sinister look, the cabins of all its latest vehicles are segment standouts when it comes to grace, style and luxury provenance.

Luxury can sometimes be defined in that classic, intangible sense of premium appointments. The way you sit in a seat after a long drive or the way a door snugly slams are some of these more traditional definitions of luxury that Lexus has managed to deliver in the new ES 350. 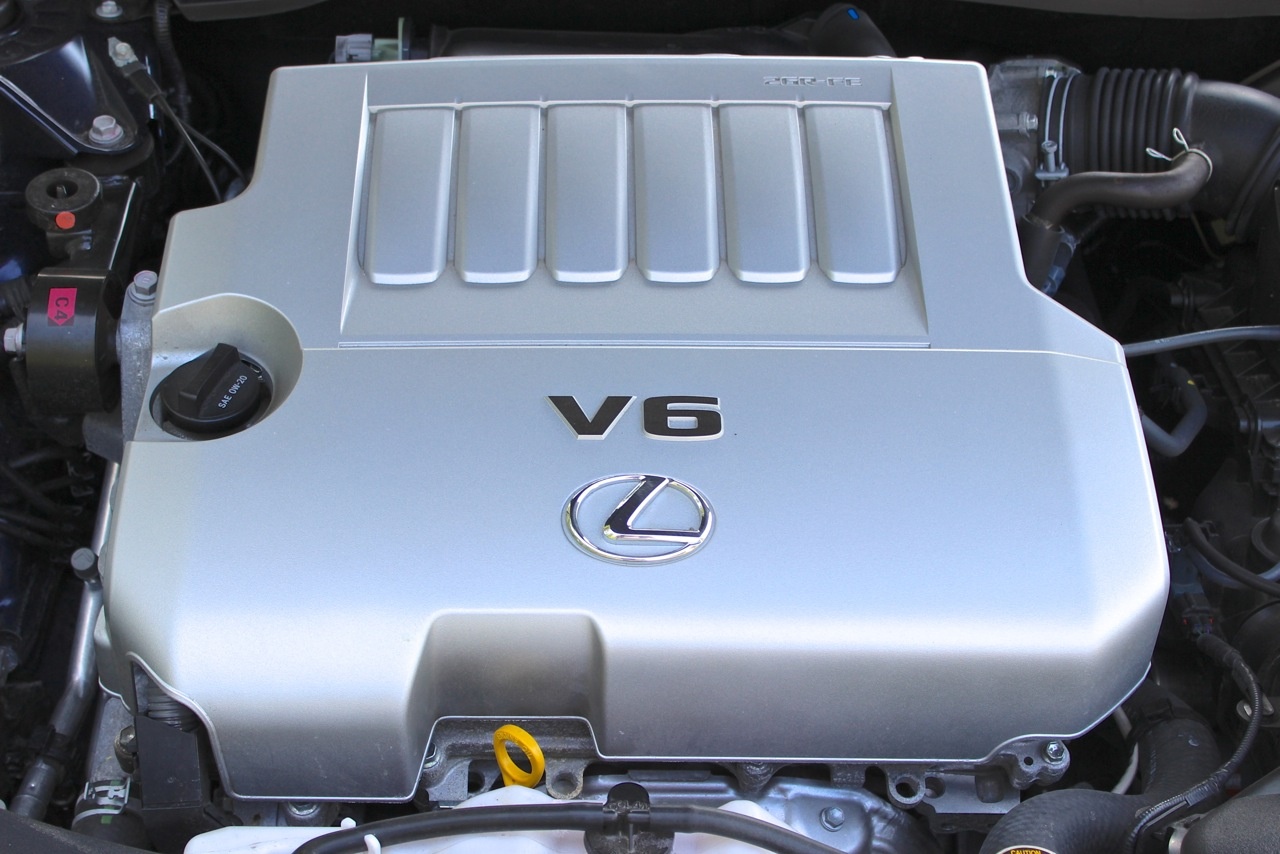 The ES 350 comes equipped with a 3.5-liter V6. It makes 268 horsepower and 248 pound feet of torque, sent to the front wheels through a 6-speed automatic transmission with a tap-to-shift function. The V6 makes adequate power, and even in hard acceleration, power is managed in such a way that you can’t really tell this is a front-wheel-drive car.

In the center console, ahead of the shifter is the drive mode selector, which offers Normal, Eco and Sport driving modes. If you’re looking to achieve the advertised 21 mpg city, 31 highway (24 combined), you’ll want to turn the dial to Eco. This mode is signified by the dash color changing to blue, and it optimizes throttle response, engine performance and climate control system functions for optimal fuel economy. However, if you feel the ES is not living up to its new, sportier skin, turn the dial to Sport, and the ES 350 comes alive.

Sport mode engages quicker throttle response, holds shifts longer for extended acceleration and takes full advantage of all 268 horses. This drive mode is noted by the dash color changing to red—perhaps an invitation to drive like hell?

Select Sport if you wish to make 0 to 60 in 7.1 seconds on the way to a top speed that is electronically limited to 130 mph. But we recommend you keep it under the speed limit—doing otherwise would be very un-Lexus.

Regardless of the drive mode selected, the ES 350 feels incredibly poised, yet never harsh. The 4-wheel independent MacPherson strut suspension features front and rear stabilizer bars, while the steering is electronically power assisted. What that means for you is that the ES sops up bumps and potholes, but delivers a responsive drive, providing tight handling without shaking free any loose fillings. 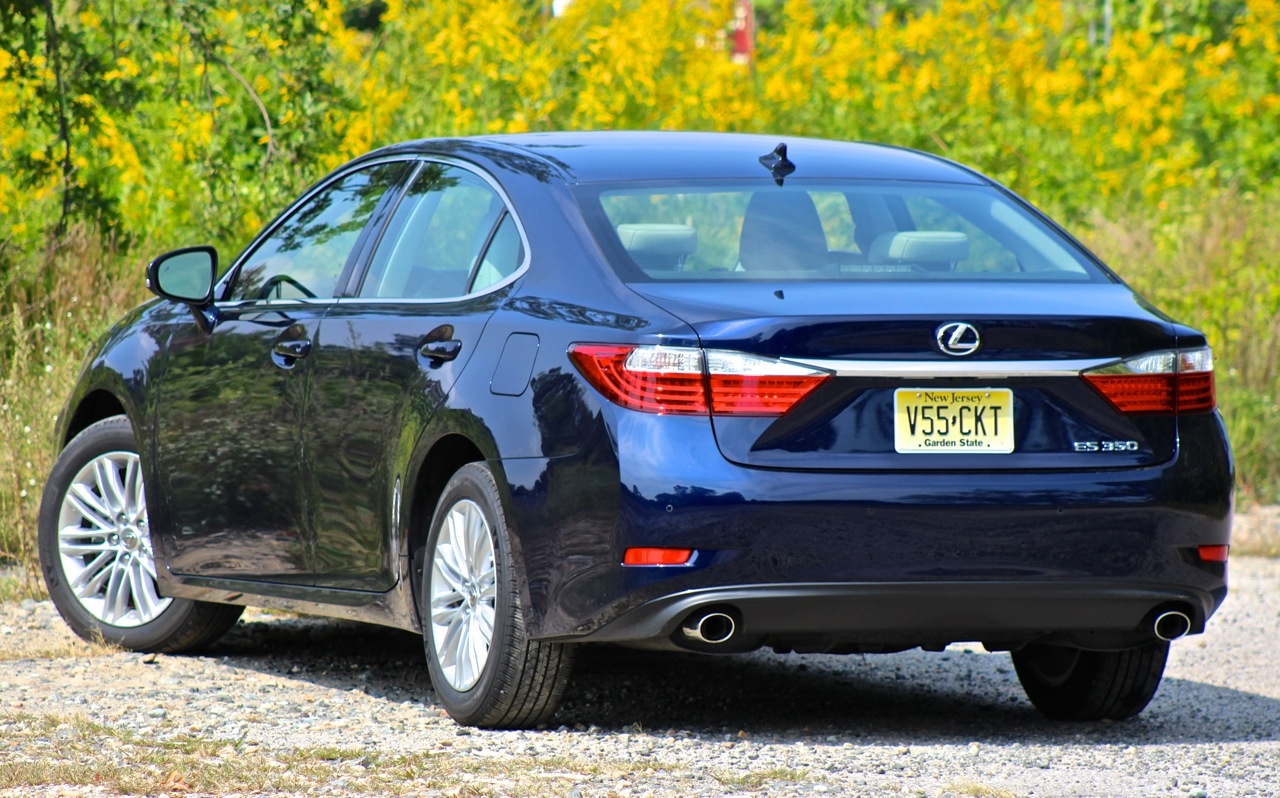 Buyer preferences may change with the times, but luxury has always incorporated a healthy dose of comfort, and the ES has that in spades. The rear seats have legroom for this writer’s 6’3” frame without requiring front-seat passengers to slide all the way forward.

The only major omission from the cabin of the ES is the absence of a fold-down rear seat. The only access to the trunk from inside the ES is a small pass-through hatch to poke a set of skis through. You won’t be helping anyone move with this sedan, but some may call that a good thing.

The ES comes in a singular trim, fetching a base MSRP of $36,370. Tack on $910 for destination, and you’ll have a sticker price of $37,280. But it’s not that simple—it never is when optioning luxury vehicles. There are 6 different option packages, offering varying combinations of tech and luxury features.

The next package up is the Luxury Package. At $3,970, it includes all of the features above, but replaces the heated front seats with heated and cooled buckets. This package also adds a power rear sunshade and parking assist alerts, and it’s the lowest package with HID headlights.

Move up to the third package, another variation on the Luxury Package, and you’ll add $4,470 to the base price. This package has all the goodies of the previous one, but adds a very helpful blind-spot monitoring system.

The option package we recommend is the romantically named Luxury Package with Additional Options. It costs $6,205 and combines all the previously mentioned equipment with a voice-activated navigation system, higher-resolution color display, Bluetooth phone pairing, Enform (a real, live person available at the push of a button) and the Enform application suite. This tech feature allows for the integration of smartphone apps like Bing, Pandora web radio, Yelp, OpenTable and Facebook.

This package features everything previously mentioned, save for a heated steering wheel, which will cost you another $150.

The range topping Ultra-Luxury Package encompasses all the features above (including the heated steering wheel), plus semi-aniline perforated leather seating, a power cushion extender in the driver’s seat, panoramic sunroof, ambient interior accent lighting, navigation updates for weather, sports and stocks, power opening and closing trunk and the upgrade to a 15-speaker Mark Levinson Premium Surround Sound Audio System. This top-tier trim will set buyers back another $9,230. A fully loaded ES 350 with nearly every option selected will cost just over $47,000. 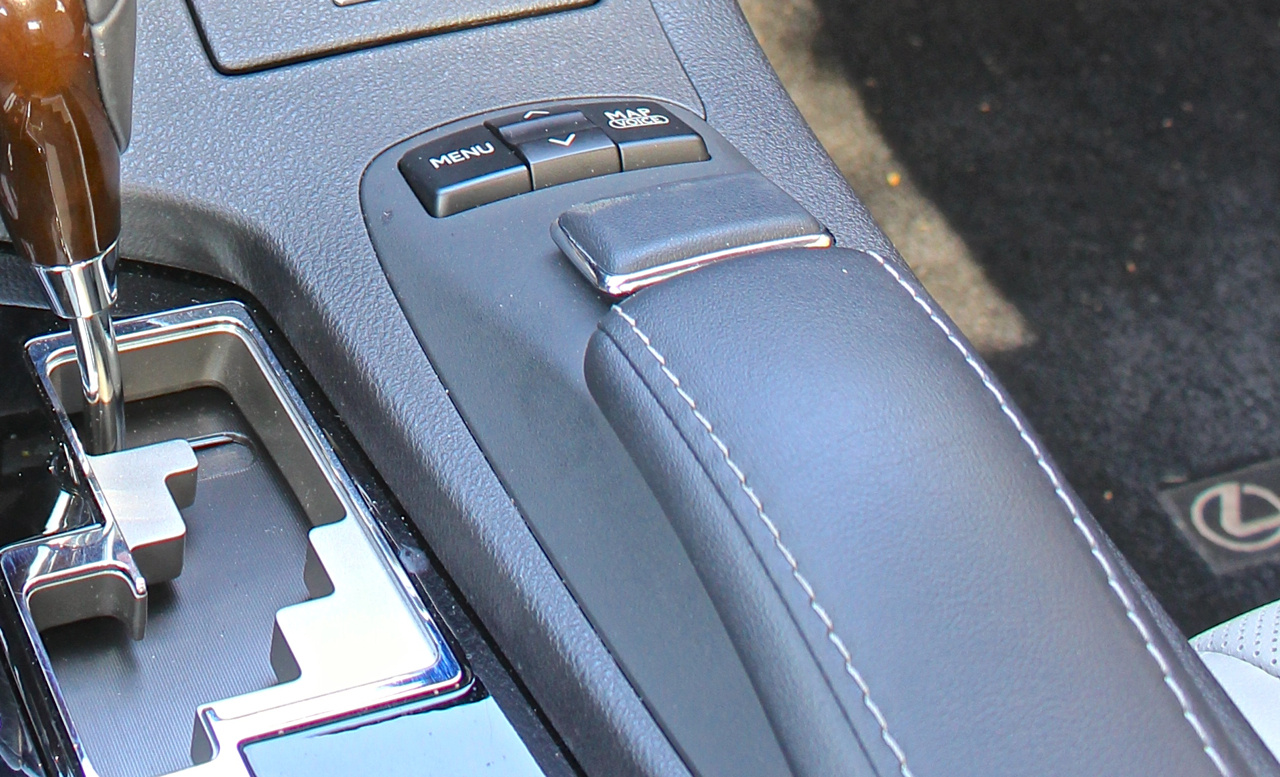 While some other brands are trying to cram in as many buttons as possible (cough-cough, Acura, cough-cough), Lexus has developed a rather unique and intuitive controller system. It’s called Remote Touch, and it eliminates the need for much of the cabin clutter that a brand risks when fitting a new car with a plethora of technical features.

The Remote Touch controller is something of a combination between a trackball and a joystick. It’s located in the center console, to the right of the shifter. The controller manipulates a free-floating cursor on the LCD screen and “snaps” to selectable items via force feedback on the controller. The force feedback and the cursor work together to provide a fascinatingly usable interface. It may take a day to get used to it, but after that, it’s like an extension of your right hand.

Were this system to have redundant touchscreen capabilities, we would be looking at a 10. 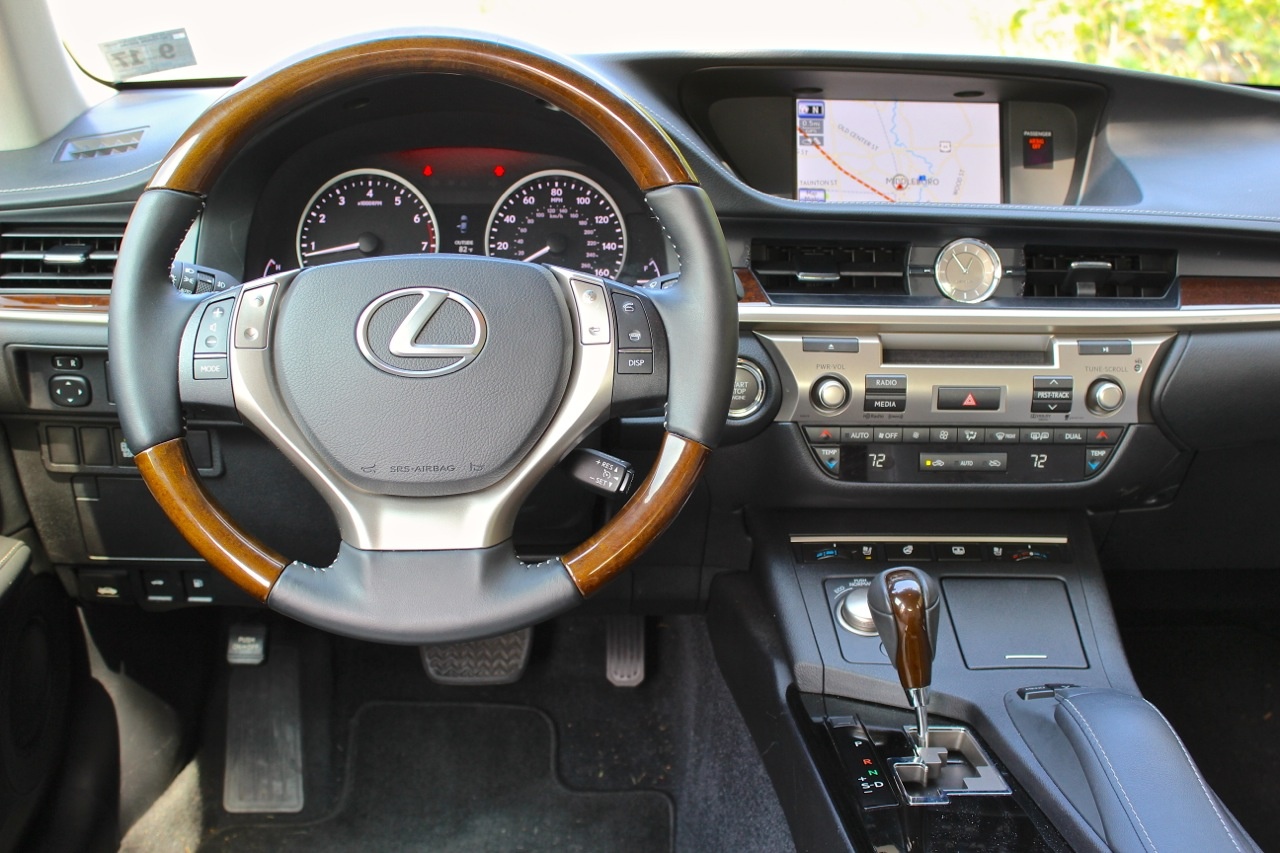 Depending on which option package you select, the ES 350 can be fitted with all manner of lane-departure warning system, blind-spot monitoring system, backup camera and the like. Even the base version has a class-leading 10 airbags.

One major critique is a quirk in the backup camera. When first starting the vehicle, a number of generally non-critical messages pop up in the top third of the digital screen, informing the driver that the navigation system has acquired a satellite or that your smartphone has successfully paired with the car’s Bluetooth system.

When you shift into reverse, these messages are not immediately suspended, but rather continue to block the top third of the image. The way that the camera is angled, the most critical part of the road being displayed tends to be covered by these message alerts. As a result, if you are backing up within just a few moments of starting the car, the driver cannot look to the backup camera for help.

This feature should be addressed for all Toyota/Lexus vehicles. 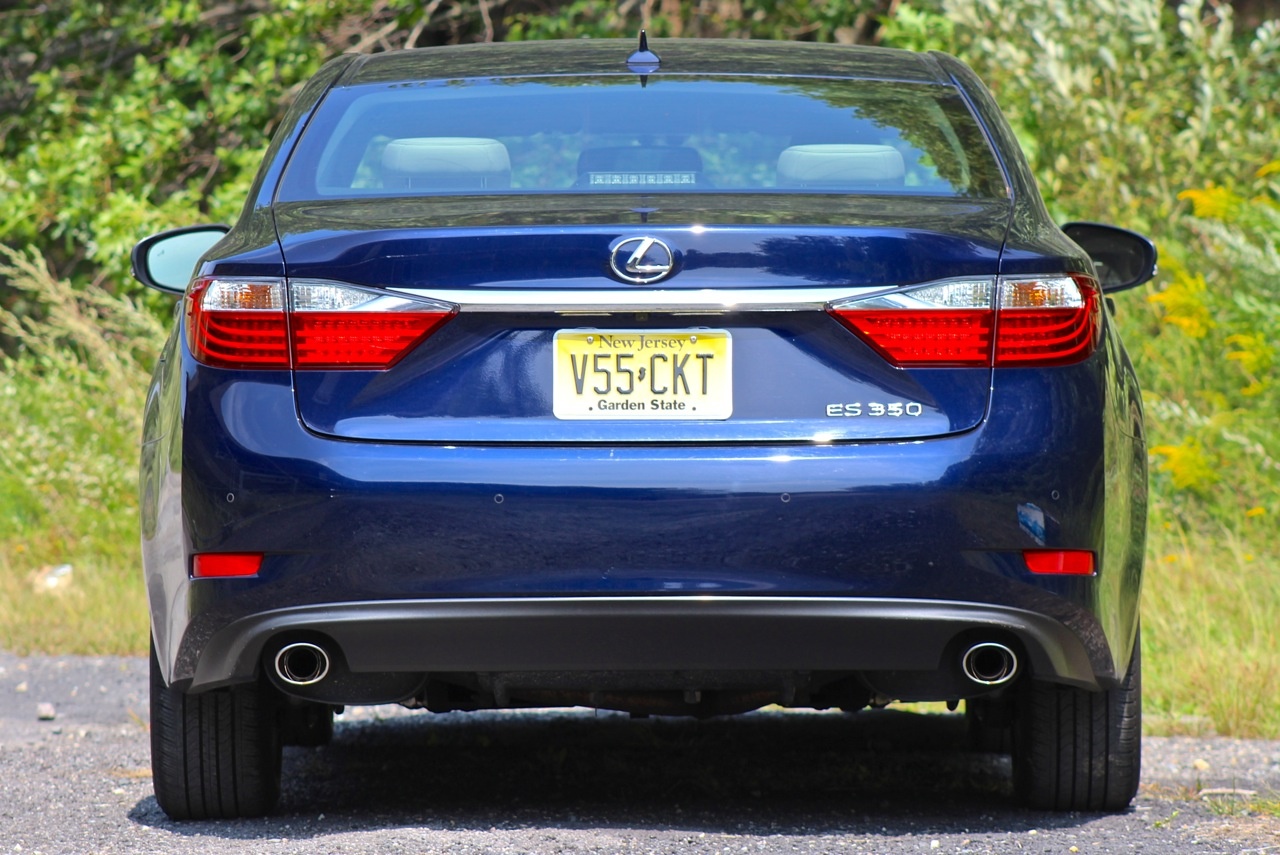 Considering the layout, price and equipment offered, the ES 350 has a wide and varied array of competitors. Lincoln likes to compare the MKZ to the ES, and Buick benchmarks the ES with its LaCrosse, but the long history of brand loyalty and general reputation for quality in the ES means that it actually appeals to a bit of a more refined crowd but still at a lower price point.

That balance and compromise of attributes is what stands to define the ES 350. Though it sports a meaner front fascia, it is still the most subdued offering in the Lexus lineup, and most buyers will be just fine with that. There are also many ES owners who found its shared DNA with the Camry to be a comfort. That is no more, as the ES 350 has grown into its own skin, but the comfort and reliability will always be there. Even when you begin to load the ES 350 up with options, it represents a well-respected luxury sedan that costs a good deal less than its competitors.

Picofarad1 The one I ended up with (2014 ES-350 has terrible souds, "clinking clunking" and more whenever it goes over a rock, bump - any road other than a smooth highway" which I was guarded from doing by the salesman. What happened ?!?. . . I would love to have my 2010 back. (the front grille of the 2017 sedans remind me of Darth Vader) New Orleans. Hoping to have this resolved by their service department then they regain esteem.. (the 2010s were more comfortable like someone said, also wider seats in front) Later, Picofarad LeBlanc

bobbyauto is there a way to make the ride a little softer over bumps? otherwise a very smooth car.

Users ranked 2014 Lexus ES 350 against other cars which they drove/owned. Each ranking was based on 9 categories. Here is the summary of top rankings.

Lexus Es350 Fob And Emergency Key Will Not Work

My 2014 ES 350 got the battery drained from leaving it sitting for 2 weeks. I tried to start it a bunch of times before I figured it out. It started immediately after using jumper cables on the batter...

Lexus350 2014 with 37,000 miles. Replaced compressor because AC not working....still not working. Mechanic said might be a blockage: he doesn't think it's mechanical. Anyone have similar issue or ad...

Why dont you give a price analysis on branded title automobiles