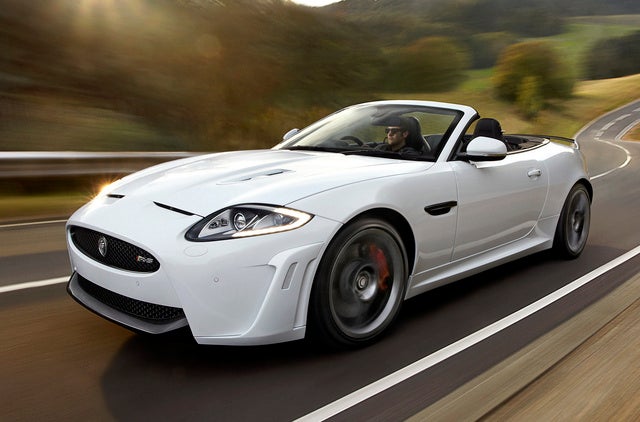 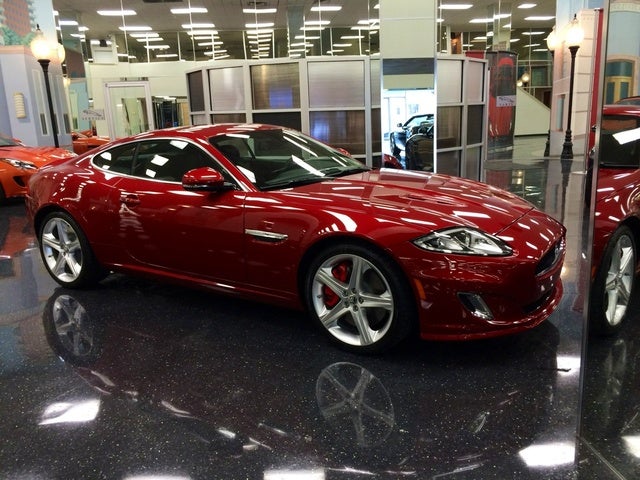 The Jaguar XK-Series advances onward and upward from its already-impressive perch with the addition of the XKR-S GT for 2014, which is being distributed in limited numbers.

The XK line has long provided the best of all worlds as it balances performance with pizzazz and panache, function with flash and fashion, and the 2014 Jaguar XK Series fits nicely into this luxurious pattern.

“The art of combining elegance with a performance pedigree is a talent that still eludes many auto manufacturers,” notes one reviewer. “At Jaguar, however, they have perfected the formula.”

Yes, critics have their minor quibbles with a couple of aspects of the XK—they cite its tight cabin and wish its steering was a little more precise, for instance—but overall they line up as staunch supporters of the prestigious vehicle, as elegant and classy on the outside as it is on the inside. Experts admire the adaptive suspension of the cars in the XK-Series and their handling and ride comfort.

The 2014 Jaguar XK offers a few versions of its V8 engines in a trim lineup beginning with the base Touring model that checks in at about $80,000 in a convertible and runs to the new GT that jumps into the $175,000 neighborhood. The Touring version comes with a 5.0-liter V8 good for 385 horsepower and 380 lb-ft of torque.

The all-aluminum 2014 Jaguar XKs come with 6-speed automatic transmissions with paddle-shifters—reviewers bemoan the act that there is no manual transmission option for driving purists—and all are rear-wheel drive (RWD).

The offerings of the 2014 Jaguar XK-Series come packed with features, as befits the Jaguar line and, to be sure, the pricetag. The front seats are 16-way adjustable, powered and heated and cooled. The cabin has leather upholstery, and the trim is in aluminum or wood. A dual-zone climate control system includes humidity control. The sound system is high quality and can be upgraded to a Bowers & Wilkins unit with 14 speakers. Audio and phone controls are on the steering wheel, and the car has keyless entry, a rear-view camera and push-button start.

Performance is the focus of the 2014 Jaguar XKR, in particular when it comes to traction and handling.

The 2014 Jaguar XKR-S GT takes things a step, perhaps two or three steps, further. What else would you expect from a vehicle that comes out of Jaguar’s ETO—Engineered to Order—division? Consider this, too: Jaguar intends to build only 30 GTs for the North American market, unless demand dictates otherwise.

The 2014 Jaguar XKR-S GT is basically a track car the company is bringing to the street, and it boasts carbon-fiber exterior elements for improved aerodynamics and an even greater emphasis on performance. The interior boasts suede cloth interior upholstery.

Users ranked 2014 Jaguar XK-Series against other cars which they drove/owned. Each ranking was based on 9 categories. Here is the summary of top rankings.

Have you driven a 2014 Jaguar XK-Series?
Rank This Car

I Can't Get My Convertible Top Down. When I Press The Button My Back 2 Win...

It says my 'Hood is not latched". I've secured the Hood twice, It is latched. Can't get top down or back 2 windows up.