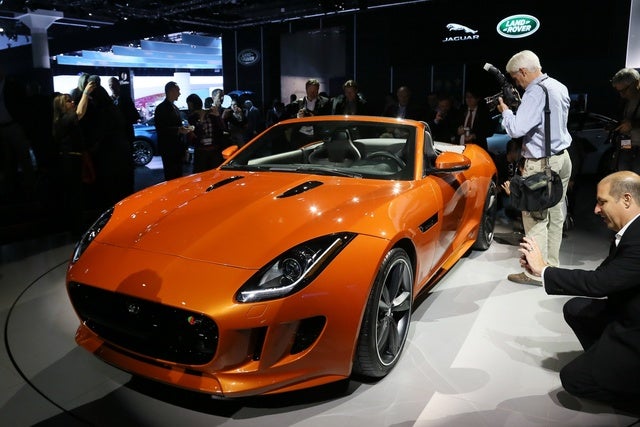 Looking for a Used F-TYPE in your area? 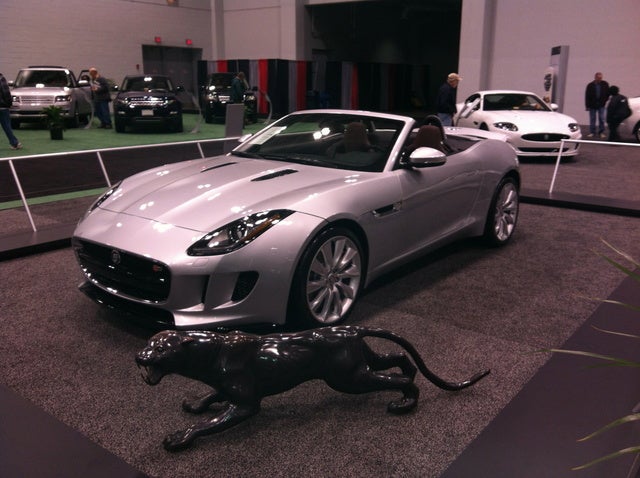 Manufacturers try to stick to a schedule, knowing that if they’re not keeping their brand top-of-mind, consumers will forget about them. This is rarely more true than for luxury car owners, who tend to trade in their toys in 2 years or less. Still, it takes time to build a car, especially a new one, and sometimes a little extra wiggle room is needed on the calendar in order to offer something truly tempting.

Forgiveness and understanding aside, 50 years is a long time between models. Yes, it’s been 50 years since Jaguar introduced a new and true sports car, wallowing as it has in the canals of comfort. Finally, the followup to the E-Type has arrived, and it just might have been worth the wait.

There are many good things to say about this car, but let’s get selfish for a second. For once, the version that comes to American shores will be better than all the others. Sadly, this is due to a bit of coddling on the part of Jaguar, which wanted to make sure Americans weren’t confused by the metric (PS)/mechanical (HP) ratings, figures that almost match at 1 PS equaling .986 HP. In order to avoid that confusion, Jaguar has decided to make the numbers equal around the world, meaning the U.S. F-type is ever so slightly more powerful than all the others—just how we like it.

So what does Jaguar bring to the table that it hasn’t visited in a half-century? A whole lot of aluminum to start. The chassis, the skin, the suspension, the engine—nearly all aluminum. The head of the engine is even recycled aluminum, for a bit of green. Even still, the F-Type tips the scales at around 3,700 pounds, so it’s no lightweight.

Despite its porky profile, it manages to motivate quite nicely, even in base form. The supercharged V6 in the entry-level F-Type will get you to 60 mph in just 5.1 seconds thanks to its 340 horses and 332 lb-ft of torque. It manages this feat thanks to some mechanical magic like a Roots-type twin-vortex supercharger pumping 25.4 psi, an air-to-water intercooler and Bosch engine management. Direct injection and dual independent variable cam timing are standard fare here, and they combine with the now-ubiquitous start-stop tech to offer a very respectable 20 mpg city/28 highway rating.

The F-Type S bumps up the boost to 27.6 psi, which tosses another 40 hp and 7 lb-ft of torque onto the pile, while losing only 1 mpg in both city and country cruising. Not bad for a car that’ll do the sprint to 60 in a very conservatively estimated 4.8 seconds.

If that’s not enough to excite, there’s always the V8 option. The 5.0-liter in the F-Type V8 S swaps the Bosch engine management for a Denso system, and the Eaton roots-type twin-helix supercharger boosts 21.75 psi. This adds up to a healthy 495 hp and even healthier 460 lb-ft of torque, which will get you to 60 in an estimated 4.2 seconds, but will also give you a penalty at the pump: 16/23 mpg. Still, even getting into the 20s with a power profile such as this would’ve been impossible a few short years ago, let alone the last time Jaguar played in the sports arena.

Brakes climb in a similar fashion, with the base F-Type biting down on 13.9-inch front and 12.8-inch rear discs, the F-Type S getting 15-inch plates up front and the F-Type V8 S further upgrading the rears to 14.8. They all sit behind 18-, 19- and 20-inch wheels that stand at the corners of its 103.2-inch wheelbase. All F-Types come with a ZF-sourced 8-speed automatic transmission, but a manual option is planned despite current trends, and in similar fashion the steering is hydraulic-assisted, as opposed to the electric setups that are quickly becoming the standard. And all F-Types also come with a 50:50 weight balance, leveraging every bit of these performance parts.

It’s all convertible at this point, with a power top that can flip and flop in just 12 seconds—as long as you keep it below 30 mph—and folds into its own cover, but the coupe is coming and likely sooner than you think.

It’s hard to say it’s worth the wait, but the F-Type is certainly a worthy reintroduction in the Jaguar lineup. The fact that we’re getting its most powerful iterations is only a bonus. But going up against the likes of the 911 is tough, considering the decades Porsche has had to refine its offering. Still, with the F-Type, at least the engine is in the right place.

GuruYP4Y2 A beautiful car. A pleasure to drive. But, overpriced.

Users ranked 2014 Jaguar F-TYPE against other cars which they drove/owned. Each ranking was based on 9 categories. Here is the summary of top rankings.

Have you driven a 2014 Jaguar F-TYPE?
Rank This Car

Looking for a Used F-TYPE in your area?

I will be Retiring in 4 years and I am looking for an older model F-Jag. with Very LOW mileage for my retirement present.

38 views with 3 answers (last answer about a year ago)

Did I Get An Offer