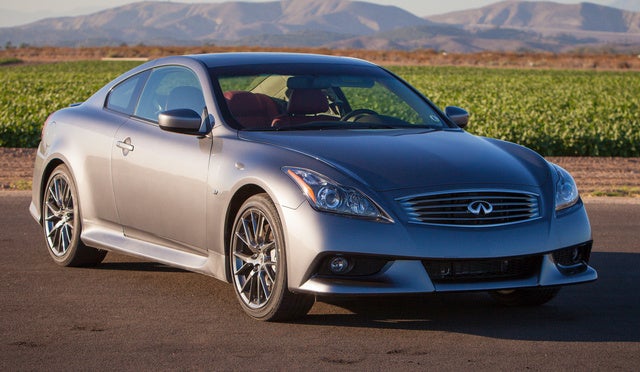 Looking for a Used Q60 IPL in your area?

CarGurus has 1 nationwide Q60 IPL listings and the tools to find you a great deal. 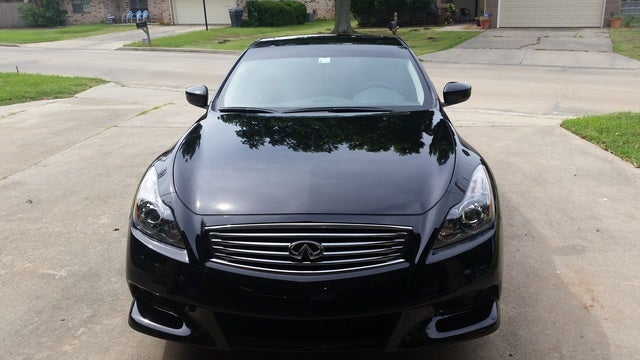 Formerly known as the IPL G coupe and convertible, the Infiniti Q60 IPL sport-oriented coupe and convertible get a new name for 2014, as the Japanese luxury automaker rejiggers its lineup with new nomenclature and badging in an effort to make it easier for prospective buyers to identify the hierarchy of its vehicles. All Infiniti vehicles will now carry either a Q or a QX badge, with Q badging attached to sedans, coupes and convertibles, and QX badging designating its SUV and crossover vehicles. Other than the name change, however, the Q60 IPL coupe and convertible remain unchanged for 2014.

Based on the stylish and fun-to-drive Q60 coupe, previously known as the G37, the limited-production Q60 IPL (Infiniti Performance Line) offers a bump in power and torque over the base Q60, as well as unique exterior styling, wheels and interior leather upholstery. It also rides on a sport-tuned suspension and receives a number of upgraded standard features, including a rear-view monitor and a rear sonar system. In addition to the coupe and convertible body styles, the Q60 IPL comes in Base and 6MT trim levels for 2014, each with a different transmission.

Power for the IPL comes from the same 3.7-liter V6 engine driving the base Q60, although output grows by 18 hp to 348 hp, and torque improves by 6 lb-ft to 276. Modifications to the engine include a recalibrated air-fuel mixture and 30 percent less exhaust pressure. In addition, horsepower peaks at 7,400 rpm, compared to 7,000 for the base engine. As a result, the Q60 IPL delivers more robust performance, with quicker acceleration and a throatier exhaust note designed to improve the performance-car experience. However, some testers call the IPL's performance improvement over the base Q60 incremental rather than monumental.

As in the base Q60, the IPL's V6 mates to either a 6-speed close-ratio short-throw manual transmission or a 7-speed automatic with magnesium paddle shifters. Reviewers like the combination of the engine and the transmissions, although some would like to see more precision from the gearboxes. Fuel-economy numbers check in at 17 mpg city/25 highway with the manual shifter and 19/27 with the automatic, which match the base engine's numbers.

In addition to upgrades in sound and performance, Infiniti gives the Q60 IPL a unique exterior appearance designed to distinguish it from the base Q60. The IPL's sportier front fascia features a redesigned bumper, black mesh lower air intakes, integrated foglights and black finishers, while sculpted side sills, a rear spoiler and a redesigned rear bumper add an aerodynamic flair. In addition, the IPL receives exclusive 19-inch 7-spoke graphite-finish wheels, which add a sportier edge. However, the Q60's basic exterior design, including the rounded nose, sweptback headlights, minimal wheel wells, low roofline and high rear haunches, remain. Automatic on/off HID headlights, heated side mirrors, LED taillights and large IPL dual chrome exhaust finishers are among the standard exterior features on both the coupe and convertible. The coupe also gets a rear spoiler.

The IPL convertible comes standard with an automatic 3-piece clamshell retractable hardtop, which opens and closes in about 30 seconds at the press of a button. In addition, the convertible features a wider rear track, a shorter rear overhang and a lower trunk lid. For both the coupe and convertible, Infiniti offers the IPL only in Graphite Shadow and Malbec Black exterior colors.

Inside, the Q60 IPL's well-equipped cabin receives a number of standard features designed to put it a step above the base Q60. The heated front sport seats and second-row seats are covered in leather upholstery with red stitching, and the leather-wrapped steering wheel features red stitching as well. The driver's seat offers 12-way power adjustment with memory, while the front passenger gets 8-way power adjustment. Aluminum pedals also come standard, along with Silk Obi aluminum interior trim, a power tilt/telescopic steering column, an auto-dimming rear-view mirror, push-button start, illuminated entry and dual-zone climate control. Tech features include a hard-drive navigation system with a 7-inch color touchscreen and real-time traffic, as well as an 11-speaker Bose audio system with satellite radio, a USB port, Bluetooth and 10-inch subwoofers. In addition, Infiniti includes a rear-view monitor and a rear sonar system.

Like the exterior, the interior comes only in 2 colors. Owners can opt for Graphite gray or Monaco Red, although they can order the red interior only with the Malbec Black exterior color and the 7-speed automatic transmission. Cabin room in the Q60 IPL remains tight, but reviewers say it's typical for coupes and convertibles of its class. Taller adults will find a tight fit in the rear seat, and cargo space in the trunk checks in at just 7.4 cubic feet in the coupe. The convertible offers a more sizable 10.3 cubic feet with the top up, due to its wider rear track, but a mere 2 cubic feet with the top folded down. Most will find the front seats supportive and comfortable, but larger passengers might find them a bit too narrow. Both the coupe and convertible seat 4 passengers.

The Q60 IPL rides on an ungraded IPL-tuned independent suspension, with double wishbones and a stabilizer bar in the front, and a multilink configuration in the rear, also with a stabilizer bar. It also comes equipped with sport-tuned speed-sensitive power steering and 4-wheel antilock brakes with aluminum 4-piston brake calipers. Standard safety features include Vehicle Dynamic Control, traction control, electronic brakeforce distribution and brake assist. The previous year's IPL G received good but not exceptional safety ratings from the IIHS and NHTSA, although it did receive 5 out of 5 stars for protecting passengers during rollovers.

Looking for a Used Q60 IPL in your area?

CarGurus has 1 nationwide Q60 IPL listings and the tools to find you a great deal.