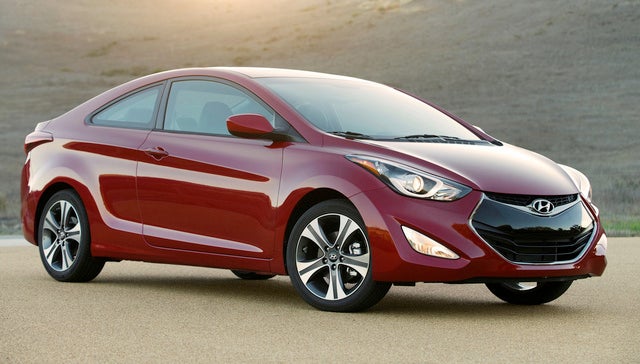 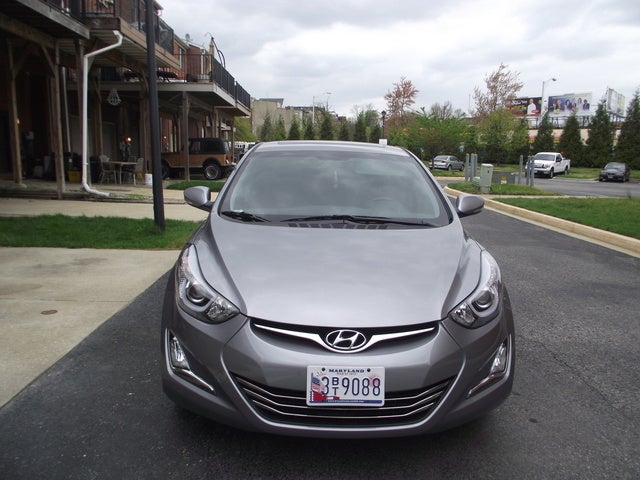 With a continued approach as aggressive as its style, Hyundai's newest compact coupe gets a sporting character to match that skin just 1 year after its debut. Complete with a more powerful engine, sport-tuned steering and suspension, rear spoiler and 17-inch alloy wheels standard on its now single, consolidated trim, the 2014 Hyundai Elantra Coupe promises to expand on its mature-sport concept beyond skin depth. This sophistication was a big hit with first-year drivers, and Hyundai ran with it.

That grown-up but scaled-down theme also means signal repeaters in both side-views, a driver's side blind-spot mirror, cooled glovebox, leather-wrapped steering wheel and shift knob, and one-touch driver's side window controls all standard for 2014, and all but the interior touches by popular demand.

Typical of its class, the Elantra Coupe suffers from a few outward visibility issues, but atypical of its class, the interior feels roomy, the style is distinctly not boyish, and its road manners are more geared toward comfort than a ride busy-ness only a road fanatic could love, unlike your typical Toyota Celica or Honda Civic.

Those road manners could change a bit for 2014, but Hyundai generally tends to tune more on the plush side, so the ride quality isn't expected to change very much—just the fun factor, which was already rated fairly well by drivers. Adding 25 horses and 23 lb-ft/torque under the hood certainly goes a long way toward that; its previous 1.8-liter inline-4 put out 148 hp and 131 pound-feet of torque for a merely average 9-second sprint to 60 mph.

The new 2-liter is good for 173 hp and 154 lb-ft of torque at lower revs, but only a 6-speed automatic is available to the Coupe, meaning it's safe to expect about a half-second off that time, but not much more. Granted the full underbody cover should also help shave off a few fractions of a second, but that adjustment is more likely to get lumped in with the insulation additions in terms of where drivers are going to notice it—highway noise. Or more appropriately, a near lack thereof.

As for fuel economy, the good news is the real-world figures shouldn't change much judging by 2013 driver reviews. That said, the sticker estimate moves from 28 mpg city/38 highway for 2013 to 24/34 with the new 2-liter, and more good news: It should be accurate this time. More than a few makers have been quite publicly shamed on this matter in recent years, Hyundai included.

Outside of those tweaks this Elantra Coupe also gains new options (like a connected infotainment system similar to Chevy's OnStar) and additional features in the lone Technology option package, otherwise equipped much like the top-shelf 2013 SE by default, minus its full leather.

What's your take on the 2014 Hyundai Elantra Coupe?

tommyg1814 Just bought A 2014 in Titanium Steel. wonderful car rides great and the 2.0GDI has more than enough power. Taller people will fit in the Coupe easier due to the big doors and huge opening to get in. This car gets a A+ from me

Have you driven a 2014 Hyundai Elantra Coupe?
Rank This Car

my 2009 hyndia has a broken belt going from my alternator to (what pulley is it connected to and how do i fix it.please help

Trouble Putting Gas In The Car

Just bought a 2014 Hyundai Elantra Coupe for my daughter away at school and she is having extreme difficulty putting gas in the tank.Any ideas what I can tell her?

How Much More HP Would I Get With 94 Octane Gaz From My 2 Liter Elantra Cou...