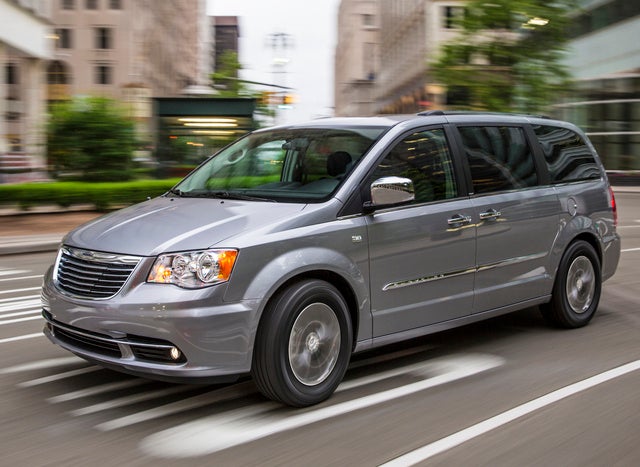 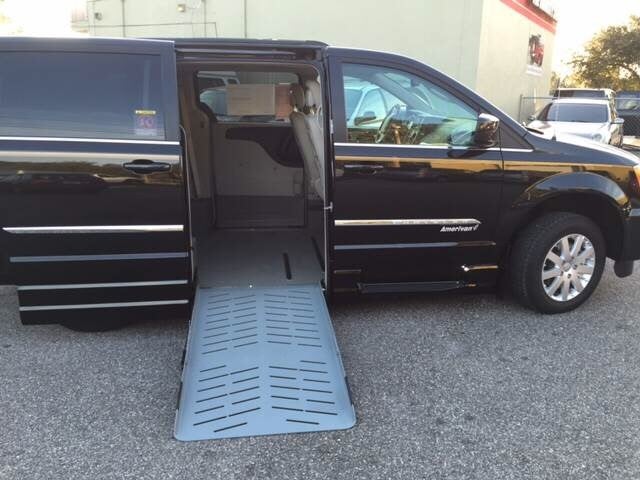 Chrysler's Town & Country hits city limits as a minivan for 2014, carrying over from 2013 virtually unchanged. Slated for a 2015 model-year debut as a crossover after some wishy-washy back and forth on whether to keep anything in a minivan format, the final decision leaves the Chrysler/FIAT minivan torch to the Dodge Grand Caravan alone—it will also go through a reincarnation that year.

So if you like your classic minivan, here's your last shot at a fresh one out of Chrysler. If you've been waiting for something completely different, have a seat and look into the 700C crossover concept with an open mind and an empty mouth. It's the spitting image of awful, but it's also officially announced as the expected look of any future T&C replacement.

With luck, the pictures just don't do it justice, and it looks much better in person, or maybe Chrysler has some changes planned for the production model, but either way the rumored replacement for the current stately T&C couldn't be further from those classically disciplined roots. Something more like the “Chrysler” Lancia Delta spotted at the 2010 Detroit Auto Show would be a downright drool-worthy departure from said roots, but it's just as likely to show up looking more like the wildly curvaceous 700C concept spotted more recently. Not that Chrysler's word on what they might do would be any more solid, regardless.

Uncertain futures aside, this Town & Country enjoys a long history of comfortably coaching 7 passengers in a solidly built and well-appointed cabin. Its Stow 'n Go seats and long list of features get top props from drivers, with the only complaints stemming from a slightly unrefined approach, resulting in more engine noise and road intrusions than some of its more up-to-date competitors. The T&C's 2011 refresh didn't touch its undercarriage or outdated looks, and so it tends to be the clover often looked over, unless front-wheel-drive practicality is your primary goal.

Offering 33 cubic feet at the hatch before folding a single seat, stowing every passenger spot nets a total of 143.8 cubic feet for cargo. The standard safety features list spans twice the usual space and includes things like 4-wheel antilock brakes with emergency braking assist, a post-collision safety system, head airbags for every row and tire pressure monitoring. Fuel economy with its 283-hp and 260-lb-ft/torque 3.6-liter V6 could be better, but 17 mpg city/25 highway is about average. A 6-speed automatic choreographs its arrival to 60 mph in 8.3 seconds.

As for more malleable characteristics, everything about the T&C promises nothing short of easy luxury—unless you're tall and driving, or sitting in the third row, in which case you might not want to stay there very long. Otherwise the leather-lined interior offers cushy seats and upscale features even in the baseline Touring trim, such as a roof rack, automatic wipers, heated mirrors, dual power-sliding doors, powered tailgate, power second- and third-row windows, full power accessories, rear-view camera, tri-zone automatic climate control, auto-dimming rear-view, an 8-way powered driver's seat, rear DVD entertainment system, rear USB charging ports and even a conversation mirror.

Moving through the S and Touring-L on up to the Limited adds features like memory for driver's settings, heated seats for the first 2 rows and keyless ignition/entry. You'll have to opt up to the Limited for a sunroof, but the Touring-L can otherwise fetch every feature it can, with the S and Touring missing out only on things like a tow package, power-folding third row, fixed second row and Blu-ray capability for the rear systems.

Have you driven a 2014 Chrysler Town & Country?
Rank This Car

Door will open and close normally but when it gets hot outside the door will not latch when it closes. Door sounds like it is constantly trying to latch shut.

Went black after we plugged in apparently a faulty USB charging cable. Lights flicker around the outside, but nothing on the screen.

I need to know the spare tire size of the donut located under the car.

Front AC is not consistent in working. There seems to be a delay of up to 10 mins or so, then it will turn on. Sometimes there will be a quick surge type burst of air then stops for about ten minu...