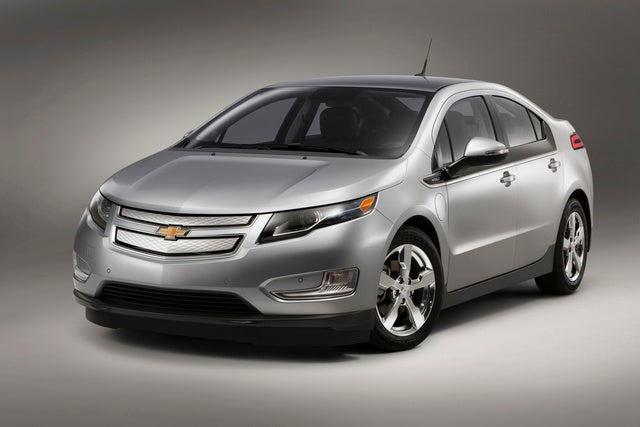 Average user score
3.5 ⁄ 5 stars
Based on 6 reviews
The Volt Is A Remarkable Car. by glene319 — I owned a 2013 volt first, which was a fantastic car, but my wife likes white better than black, and to keep the dissatisfaction down, I traded it off for this 2014 white one. Both were great on gas ... Read more
Really Good Concept by j66pecan — I love the concept of this car. The 35 mile EV range is great, and the gas backup is even better. I think it's the best concept out there for me right now. I'm still new to the car, so I can't give ... Read more
Not Too Ugly To Drive. by 2004Saab9_3 — Great commuter car. Very inexpensive maintenance. Great safety features; front end collision warning, full airbag coverage, traction controls. 3 years free onstar. Satellite radio. Heated seats. ... Read more 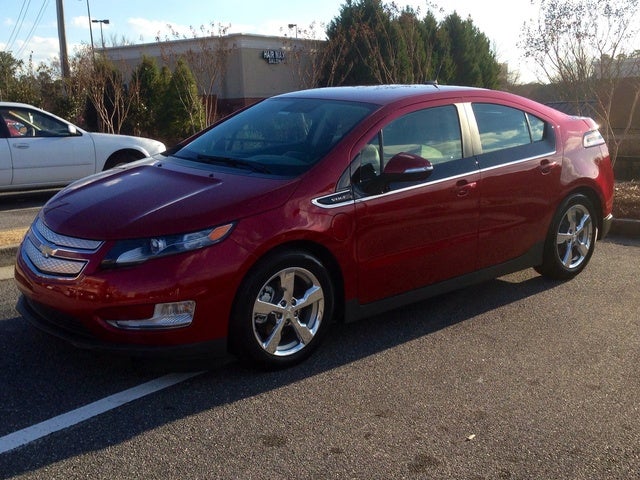 Fresh out of its first refresh, the 2014 Chevrolet Volt shuffles some paint colors and interior details, but carries over pretty much the same way it entered 2013. Being one of very few plug-in hybrids on the road today, the Volt still has its quirks, but drivers who do their research are well-prepared and have very few big complaints—none of which is horrible enough to take more than a half-star away from a top rating. By and large those 2013 gains are what have now secured such a coveted place for the Volt in the hearts of so many, and this year sees just the first improvements toward mainstream perfection of all those other little details.

Some of those details include the cramped quarters so typical of midsize hatchback plug-ins—namely seats best for sub-6-foot folks and a 10-cubic-foot trunk before folding the 2 rear seats down. In an effort to keep more electric power reserved for driving, the Volt also makes use of extensive manual functionality for things like adjusting the seats, and this, too, is sometimes more frustrating than it's worth if differently sized people often trade-off driving.

There's a few dozen more issues mentioned by the recent outpouring of driver reviews, but the long and short of it is every driver has their preferences and should test-drive the Volt thoroughly to make sure these quirks are livable. Some things like the optional navigation's confusion with voice commands and the limited set of recognized MyLink voice commands may be updated with future software improvements, but others are more staple facts of the car, such as needing to wait for everything to load up before putting the Volt in gear or else suffering still for an hour with a confused computer.

All that aside, the 2013 updates made the Volt a much more viable long-haul hybrid with a Hold function that will preserve electric energy until it is turned off for city driving, meaning Hold mode relies on the 37-mpg inline 4-cylinder to power its front wheels with as little assistance as possible from the 111-kilowatt electric motor. The Volt never runs on its gas-powered engine alone, so maneuvers like acceleration and braking are noticeably hampered when the electric motor can't deliver all of its 149 hp and 273 lb-ft of torque. The generator is also reportedly loud, but not intrusively so.

In all, the Volt is estimated to fetch something like 98 mpge after the 2013 updates, with a 380-mile range before needing a fill-up or recharge and about 38 miles of electric-only motoring. The added capacity also brought full recharge times up from a 120-volt 10 hours to 10.5, and a 240-volt 4 hours to 4.25. These tweaks kept its zip-to-60 mph time around 9 seconds from a standstill, and the 2014 is expected to follow suit,1 given its cosmetic-only changes aside from a wider availability of low-emissions packages compliant with Maryland, Massachusetts and New Jersey requirements.

What's your take on the 2014 Chevrolet Volt?

Users ranked 2014 Chevrolet Volt against other cars which they drove/owned. Each ranking was based on 9 categories. Here is the summary of top rankings.

Have you driven a 2014 Chevrolet Volt?
Rank This Car

It's 100 degrees outside. Can I leave my Volt in a parking lot with the power on, lock the doors and shop for an hour? Actually, I already know I can and the 75 degree interior when I return is heav...

Why Are The Dealers Now Showing The Volt Car Battery With A Full Charge??

I have noticed how the dealers are not showing the Chevy Volt with a full or partial charge in the main battery. Not good for a customer looking for a Extended Range Car. Also, when I have gone to...