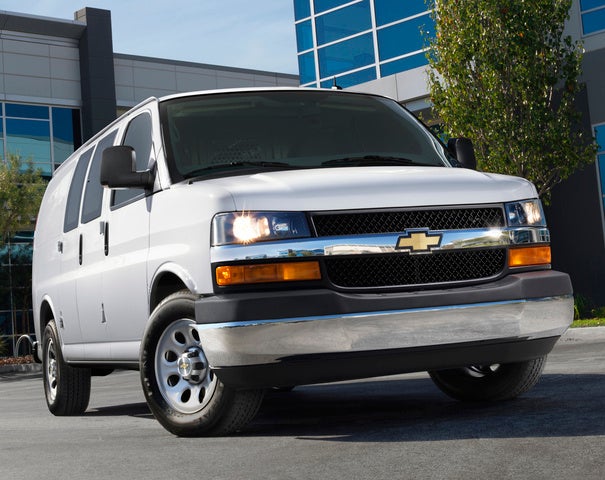 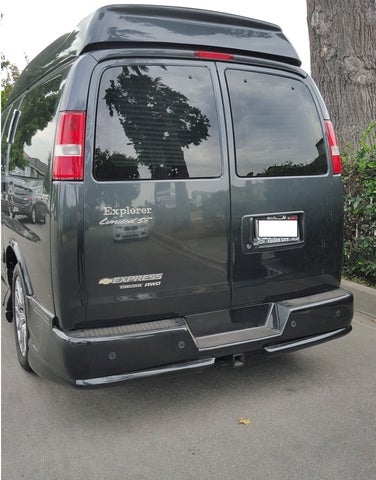 Just 2 years shy of 2 decades into its second generation (the first lasting 3 decades), Chevy's Express passenger van nets a whopping nil on changes for 2014. The cargo version, reviewed separately, can now seat 5 in addition to the driver-only and 2-person setups available previously, but otherwise the 2014 Express may as well be a 2011 for the utter lack of change since then.

That said, there's also an utter lack of complaints—except for one, and that driver posed a good question. What took so long for Chevy to offer OnStar and XM Radio in the Express? It seems like such a natural thing to include in the Express that these features could have been slated to debut there first, and yet they're only recently optional, long after they've become standard in practically every other GM model.

Not that anyone else really seemed to notice, but OnStar at least could be really handy if you're filled to the Express's 15-passenger extended-wheelbase brim (8 or 12 otherwise). Sure the LT and 2LT offer voice-activated navigation standard (optional for the Spartan LS and 2LS), but those systems aren't always the best for finding an available bathroom, for instance. The Express may well continue to define itself against the anticipated City Express as a more family-friendly solution, but that's with a fair amount of emphasis on the “more”—taken alone, the rough-riding Express is still primarily best suited to more industrious purposes, mainly because it lacks those little comforts vans like a modern Ford E-Series Wagon would offer in favor of more powerful engines.

And more power for the price is definitely the hallmark keeping the Express in demand. There's very little you can't do with all those seats, all that storage and a towing capacity as high as 6,200 pounds at its 1500 base rating, on up to 9,900 pounds with the heavy-duty 3500 (which is actually rated for a 3,491-pound max payload, but close enough). All 3 ratings are available on the standard 135-inch wheelbase, and the 15-passenger 3500 is the only 155-inch wheelbase here.

That 4.8 musters 280 hp and 295 lb-ft of torque, but the 6-liter also acting as the standard base engine in the 3500 puts out 324 hp and 373 lb-ft of torque for a change of pace previous drivers definitely noticed. Optional for the 3500 is a reportedly super-efficient 6.6-liter turbodiesel V8 good for 260 hp and 525 lb-ft of torque, but the EPA doesn't test vehicles this heavy, and so far, nobody is really offering anything spectacularly different from the rest of the lineup's estimates—which is to say, don't expect the diesel to break 20 mpg.

What's your take on the 2014 Chevrolet Express?

Have you driven a 2014 Chevrolet Express?
Rank This Car

I would like to see a vehicle that is posted. How can I contact this individual directly?