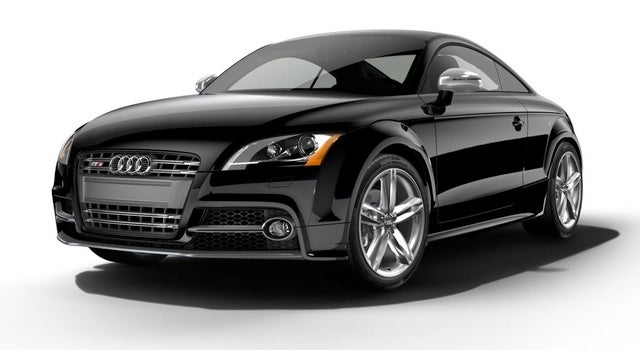 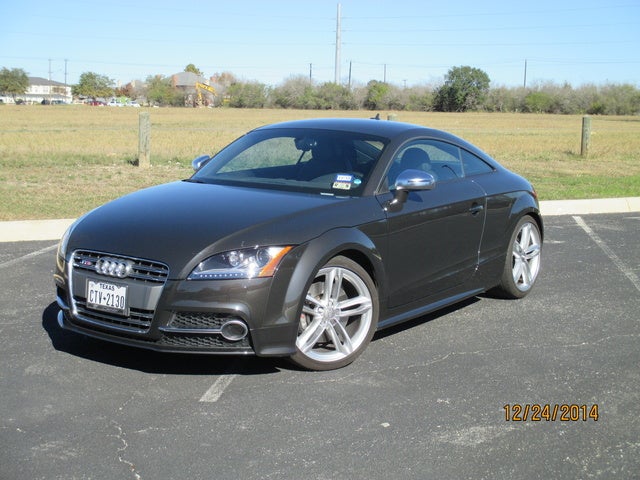 It’s not a bad time to be the middle child. As the TT ramps up to a refresh next year, the flagship RS trim of the TT has been dropped, leaving the TTS as the fast one in the family. Thankfully, the TTS trim is no baby bump, offering an additional 54 hp over the TT’s 211, bringing the power totals to 265 hp and 258 lb-ft of torque from its turbocharged, 2.0-liter engine.

That alone would be enough to toss another letter at the end of the TT name, but when you also add an upgraded Haldex all-wheel-drive (AWD) system and manage to drop the sprint to 60 down to less than 5 seconds, a certain amount of pomp & circumstance is necessary.

Of course, such distinct differences were necessary for a car that is otherwise indistinguishable from its lesser stablemate. This year, all TTs get the S-Line trim package as standard, further confusing things. You won’t even be able to tell the difference at the pump, as all TT trims—regardless of power output, coupe or convertible—are rated at 22 mpg city/31 highway by the EPA. That said, real-world experience has proven those numbers to be a bit low. Three cheers for underpromising and overdelivering.

Speaking of which, you’ll also see a standard Bose audio system as well as interior LED lighting—both options in previous years. This only adds to already-standard features such as leather seats with alcantara inserts, automatic climate control, xenon headlights with LED daytimes and a flat-bottom, multifunction steering wheel.

If you want to add more, Audi is happy to outfit your TT with leather sport seats, rear parking assist, a 6-CD changer and a very capable navigation system with real-time traffic. Additionally, you can add a Carbon Package, which will tack on a carbon front splitter and rear diffuser.

What you can’t have is Audi’s impressive MMI system—plus all the Google services it makes available. Sadly, people’s penchant for everything Google has overshadowed Audi’s own very capable in-house system. Don’t listen to those who say it isn’t good enough. It’s just not Google Maps. You also won’t get a hardtop in the Roadster, which bucks the current trend by going with a lighter and more compact soft top, helping the car maintain its 8.8 cubic feet of storage space.

Dual front, side and knee airbags pair with traction and stability control to assuage any fears you might have about the TT’s lack of current crash-test ratings. Don’t worry, though—the funky suspension issues from its early years are long gone.

The TTS is the best Audi has to offer in this arena, but that doesn’t change the fact that a new TT is on the other side of tunnel 2014. If this is the generation you’ve fallen in love with, the TTS is one of the best examples to grab, especially with this years’ standards. Otherwise, sit tight and see what the next generation of luxury sports coupe will bring.

Users ranked 2014 Audi TTS against other cars which they drove/owned. Each ranking was based on 9 categories. Here is the summary of top rankings.