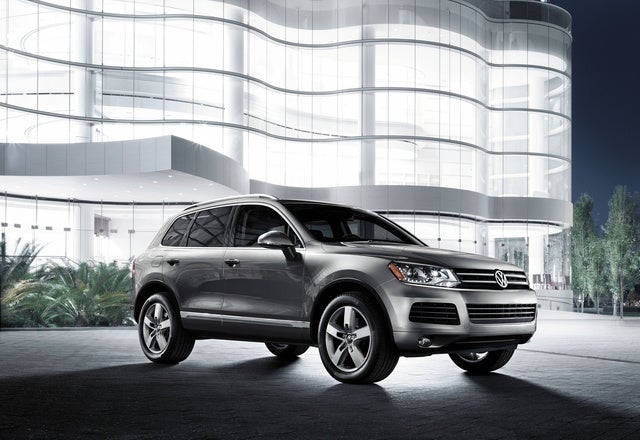 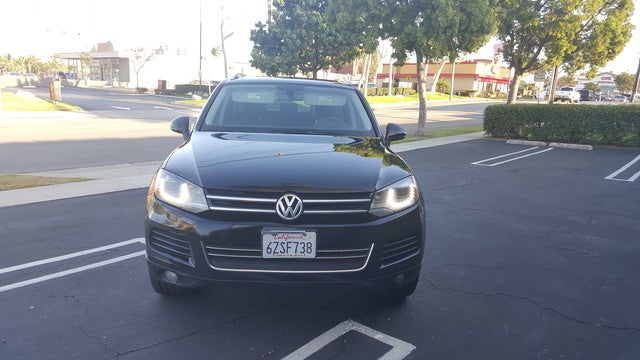 Following a 2011 redesign and just a touch of reshuffling for 2012, the 2013 edition of this sleeper luxury SUV nets a few more minor changes. The TDI Clean Diesel trims receive a 15-hp bump in power from 225 hp to 240. The 2013 TDI Sport and standard-fuel VR6 editions can opt for 18-inch Karakum wheels, Executive and Hybrid trims get a Vavona wood interior treatment standard, and the Hybrid also gains LED tech for the taillights and rear license-plate light. Unfortunately, these changes are not quite the substance drivers were hoping for, but the few downsides to the Touareg also don't cause those drivers to give anything less than the top review rating.

The one and only genuine issue with the Touareg is a computer glitch that keeps triggering a dummy light for some drivers of the 2012 TDI editions. Perhaps the 2013 engine tweak takes care of that, but Volkswagen isn't making a statement one way or the other. Aside from that a few drivers expect more out of an SUV marauding as a luxury people-hauler in this price range—namely keyless ignition, around-view cameras, a more user-friendly key fob and more safety options. Only the TDI's glitch is enough to upset drivers so much they decided to trade it in before the year was even over, while every other driver is astounded with its fuel economy with standard all-wheel drive and an 8-speed automatic, impeccable ride quality, ability to provide rip-roaring performance and generous interior accommodations.

The VR6 editions aren't quite as economical as the TDI lineup, offering just 16 mpg city/23 highway on premium fuel, versus 19/28 for the TDI, but drivers comment those figures are conservative. The lone Hybrid option is tuned for a 5.8-second performance to 60 mph rather than economy, fetching just 20/24 while it belts out 380 hp and 428 lb-ft of torque. The 3-liter turbodiesel powering every TDI is good for 225 hp and 406 lb-ft of torque, whereas the 3.6-liter gasoline edition pumps out 280 hp and 265 lb-ft of torque—enough to qualify it and every other Touareg trim for a 7,700-pound towing capacity when properly equipped.

Given an undercarriage based on the Porsche Cayenne, it's no surprise this beefy 5-seater rides like a glider with an exceptionally confident cornering posture. Imperfect roads are no obstacle or inconvenience, and even off-roading isn't off-limits given its comfortable suspension, minimal overhangs and decent ground clearance. Utility isn't a high point of the Touareg, but 32 cubic feet for cargo with the rear seats upright or 72 cubes after folding those down isn't too shabby either.

Offered in a lone Hybrid or Sport, Lux and Executive trims for both the VR6 and TDI, the baseline offering is impressive, including features like bi-xenon headlights, roof rails, power liftgate, dual-zone automatic climate control, 8-way powered and heated front seats, leatherette upholstery, Bluetooth and an 8-speaker sound system with a touchscreen interface, 6-CD changer, satellite radio and iPod connectivity. The optional and intuitive navigation system also adds a rear-view camera that for once isn't necessary thanks to rare decent rearward visibility. Keyless ignition and entry are not available until you ante all the way up to the Executive, but the Dynaudio premium sound system upgrade in that model fetches high acclaim.

What's your take on the 2013 Volkswagen Touareg?

robert Patricia...what was the "glitch" you mention on the 2012 model. Never heard of this and don't see in the forums.

Have you driven a 2013 Volkswagen Touareg?
Rank This Car