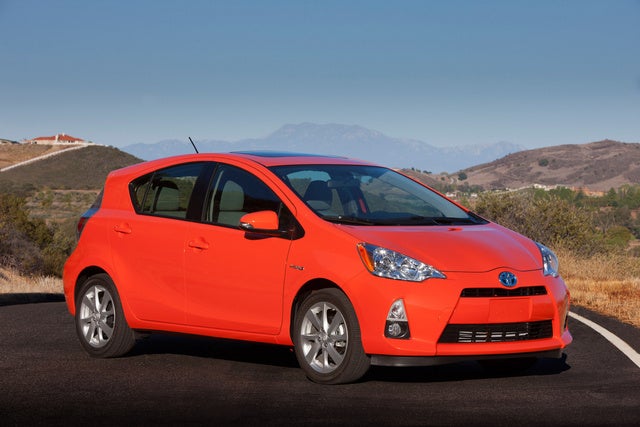 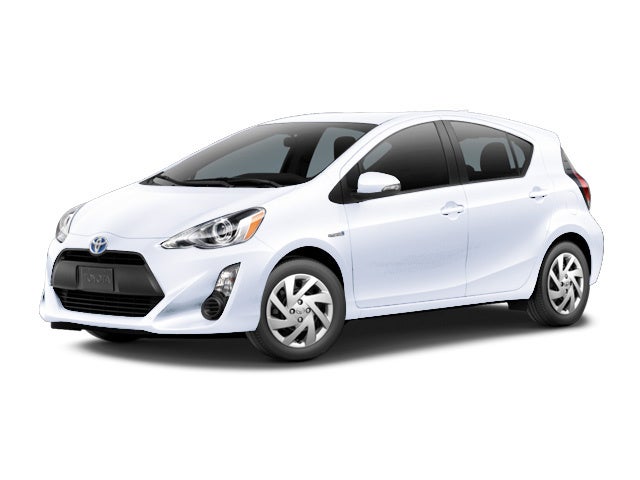 Available in 4 front-wheel-drive trims—One, Two, Three and Four—the 2013 Toyota Prius C is packaged with a 1.5-liter aluminum DOHC 16-valve 4-cylinder engine paired with an electronically controlled continuously variable automatic transmission that is capable of 73 hp and 82 lb-ft of torque and a permanent magnet AC synchronous motor capable of 60 hp. The combined hybrid system achieves 99 hp and 125 lb-ft of torque. The Prius C has a 520-volt sealed nickel-metal hybrid battery. The EPA estimates that the Prius C is capable of 46 mpg city/53 highway.

Like all Toyotas, the 2013 Prius C has the Star Safety System, which encompasses vehicle stability control, a traction control system, antilock braking system, electronic brakeforce distribution with brake assist and smart-stop technology. The Prius C is also equipped with 9 airbags, including a driver's and front passenger advanced airbag system with driver and front passenger seat-mounted side airbags, driver's knee airbag, driver and front passenger seat cushion airbags, and front and rear side curtain airbags. Other standard safety features include daytime running lights, hill start assist and a tire pressure monitor system. Security features include a vehicle proximity notification system, as well as an engine immobilizer, which is not available on the One trim.

Many buyers of the 2013 Toyota Price C love the fuel economy the hybrid delivers, but some feel it is somewhat underpowered and its steering does not offer much feel or feedback, leaving handling average at best.

The 2013 Prius C offers a great deal of fuel mileage without much fanfare. The Prius C has no direct competitors as a hybrid-electric subcompact, but does find itself competing against the likes of the Volkswagen Golf, along with Toyota’s own Matrix and Yaris. Cheaper than most hybrids, the Prius C has much to offer those looking for a small hatchback.

Have you driven a 2013 Toyota Prius c?
Rank This Car

My 2013 Prius C (55k miles) suddenly today has sluggish acceleration. It's 90 degrees out so it's not a result of cold weather. It happened first pulling out of driveway at slow speeds and again a...

How Do I Get My Car To Come Out Of Park?

My 2013 prius c won't come out of park and I tried depressing the shift lock , it turns on everything works, brake lights etc. It just won't budge .

I have a Toyota Aqua 2013 and recently a voice in Japanese began saying something. It happened twice this week as though the car was notifying me of something. I speak English tho. Help

Prius C (2) needs the hybrid battery fan replaced. I've cleaned it a couple times but recently whenever the fan would kick in it would make a loud buzzing sound. It kept getting worse until the fa...

I added antifreeze/ coolant to my 2013 Toyota Prius C and now the motor is shaking and seems like it’s choaking what’s wrong with it...