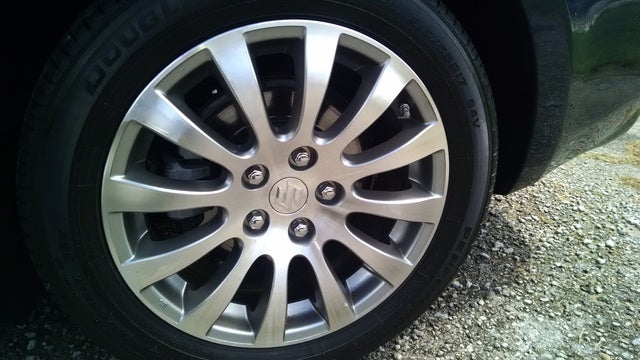 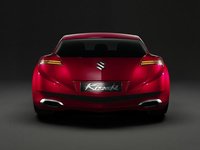 Looking for a Used Kizashi in your area?

Given the company's widely acclaimed "best chance" continuing into 2013 much the same way this often-overlooked midsize sedan entered 2012, rumors about Suzuki exiting the U.S. market around 2015 gain more credence this model year than the Kizashi does features—but that could be a good thing. The sporting 5-passenger Kizashi adds only a few touches to the top-of-the-line-only available navigation system and rear-view cam package for 2013, now including a full-on infotainment experience with real-time traffic, Bluetooth connectivity and integrated voice commands.

So why is it possibly a good thing for Suzuki to leave the U.S.? Didn't we already see Saturn die out and leave its drivers without specialized mechanics and a low resale value? If you have to ask that question, then you've apparently never had the pleasure of experiencing Suzuki's reliability and pep—and your chances are quickly running out. Drivers consistently praise Suzuki on the reliability of its every model, and the Kizashi in particular garners high marks for its looks, pep, suspension and overall driving dynamics combined with unobtrusive comfort at a very attractive price.

Saturn couldn't dream of claiming the same, between security issues (Ford keys worked), lack of performance and polarizing style, not to mention highly questionable reliability. Suzuki services 40% of India's equally sizable market—it's far from going out of business—so any American Suzuki buyer today will enjoy an exceptionally good long-term resale ratio if the company does choose to exit the U.S. market for 2015.

Whether the company will exit is still a question though. No Suzuki is scheduled for any significant changes between 2012 and 2015, but all we know about 2015 is there will be a change. Otherwise the official word is, "There is nothing to announce at this time." A deal with Volkswagen recently fell through, so a lot of concepts are scrapped, which could lend to a several-year delay in innovation, but even high-volume U.S. dealers are being actively pushed away and wittled down. That, too, isn't any final indication of the company's exit, but there's definitely more change going on than Suzuki is alluding to on the surface.

Especially since the highly acclaimed Kizashi continues into 2013 with only a few features added on to a top-shelf option; otherwise it's offered just like it was for 2012. The 5 trim levels—Base, S, SE, Sport GTS and Sport SLS—are all powered by the same engine sending power to the front wheels or all wheels (AWD trims). Drivers comment that either setup is equally thrilling, but the obligatory continuously variable transmission (CVT) with AWD and for the SE, as opposed to the otherwise standard 6-speed manual with the option of a CVT, forces this 4-banger engine to lose 5 horses for 180 hp and 170 lb-ft of torque in total. This drops the Kizashi's zip-to-60 mph performance to a class-average 9.1 seconds at 23 mpg city/31 highway with FWD or 22/29 with AWD, but the stick-equipped variant predictably improves arrival at 60 mph to 8.3 seconds while knocking the fuel economy to 21/31. Competitive, to say the least, although drivers usually use the word "wow."

That said, there is a catch. Being a fence rider between compact and midsize, the Kizashi's trunk space is an unimpressive 13.3 cubic feet, and its interior is not built for a basketball player to comfortably fit anywhere—not even the front, but certainly not the back. Since Japan seems to be making more of those lately, Suzuki could have a real shot at making it big with the Kizashi in U.S. markets, if only they stick around. If not, then aren't you glad there's a big resale perk for single-owner rare cars?

What's your take on the 2013 Suzuki Kizashi?

GuruB8VBL I drive an SX4 and want a 2013 mint, loaded ,low miles Kizashi to save

Have you driven a 2013 Suzuki Kizashi?
Rank This Car

Looking for a Used Kizashi in your area?