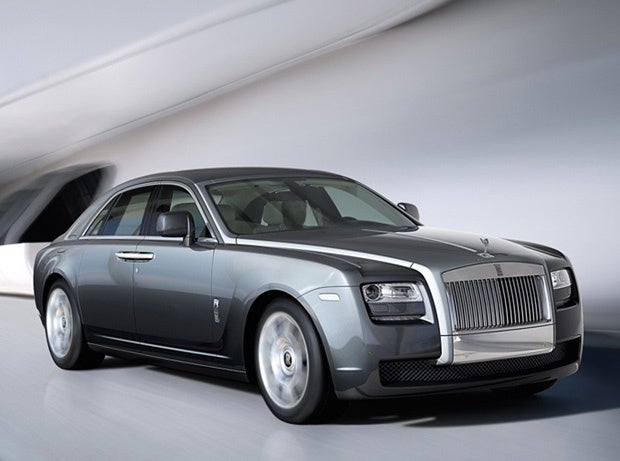 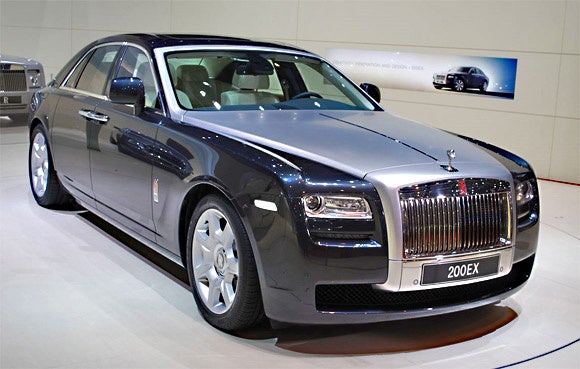 The best of the best layers on the luxury for 2013 in preparation for a big 2014 performance-coupe debut. Adding a softer center console and options for natural-grain leather, a leather headliner with panoramic sunroof or a feature to open the trunk from the outside with your leg, the Rolls-Royce Ghost basically continues beating its 2010 debut drum with just a few differences.

However, don't dare call the Ghost a "baby Rolls" or any such diminutive after 2014. It may well be the smallest and least-expensive Rolls-Royce you can get, but the rumored Ghost coupe could be the old R-R's first and only claim to rally fame in decades—and any Ghost still costs no less than a quarter-million dollars.

Though the Ghost is the smallest Rolls, it's still as heavy as a truck and a full 10 inches longer than a minivan—the long-wheelbase EWB edition added for 2012 adds another 6.7 inches—and the attention to detail from bumper to distant bumper is simply dizzying. The Ghost is a rider-oriented full-size saloon featuring things like leather made from cows raised on ranches without barbed wire to minimize imperfections and wood accents made from the same tree to ensure graceful aging. From a retractable Essence of Ecstasy statuette on the hood to Teflon-coated umbrellas in the front-door storage compartments and power-closing rear doors, the Rolls-Royce Ghost is built to be the most interesting and prepared thing on the road, commanding more adoration than the road itself and ensuring nothing "out there" matters one bit to your comfort.

For instance, the 563-hp and 575 lb-ft/torque twin-turbo V12 propels this rear-wheel-drive 5,500-pound behemoth to 60 mph in 4.7 seconds, but only an attentive passenger will notice you've even started moving, let alone the 8 automatic transmission shifts or even the simple fact the engine is running. Slowly cruising down curvy roads it will announce itself with a slight body roll, but the speed-sensitive suspension stiffens up as the pace quickens to remove any thought of the road that may have crept in. That suspension otherwise admirably handles things like potholes and bumps to such an extent they may as well not exist at all.

Options include things like a color head-up display, night-vision camera with pedestrian detection new for 2012, drop-down wood picnic tables and twin rear DVD monitors with a 6-disc changer, among many other things. Those desiring cosmetic exclusivity can customize their Ghost beyond the 480 standard combinations with the Bespoke Commission program.

What's your take on the 2013 Rolls-Royce Ghost?

Have you driven a 2013 Rolls-Royce Ghost?
Rank This Car

How Do I Get To Edit Page