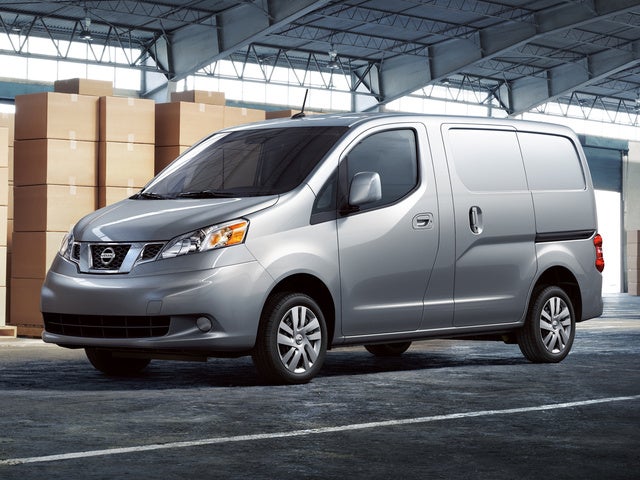 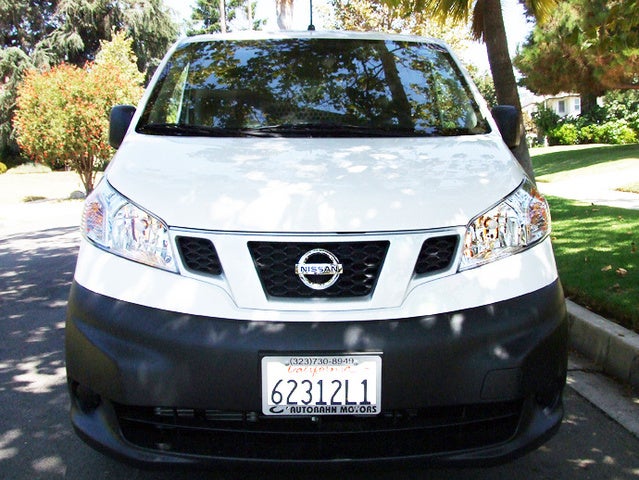 All hail Nissan’s brand-new (for the U.S.) NV200. This first-year cargo minivan has been appointed the exclusive taxicab for New York City starting in 2013. It’s easy to see why: Even though it’s based on a compact-car platform, its minivan body offers both roominess and agility for those busy, narrow, congested, mean streets of New York. Dual sliding passenger doors allow easy ins and outs, with plenty of headroom as well as cargo space.

But an iconic Checker Cab it ain’t—the NV200 is built for function, not form. As such, its boxy rear end mated with a stubby compact front end may not be pleasing to the eye, but has many features that make it a mover and shaker. It’s 186.2 inches long (7.9 inches longer than non-U.S. models) and offers up a decent 123 cubic feet of cargo space—Nissan says it can fit a 40x48-inch pallet and carry up to 1,500 pounds. Mounting points allow one to add shelving in the cargo area.

Under the hood, it’s fitted with a 2.0-liter 4-cylinder engine mated to a continuously-variable transmission (CVT) that drives the front wheels. (Nissan has not released specs for this engine yet, but it's believed to be the same one that powers smaller vehicles such as the Sentra, so output estimates are 135 hp and 145 lb-ft of torque.) This engine-and-powertrain combo isn’t going to make anyone jump for joy, but promises to offer a smooth ride on unchallenging surfaces.

The NV200 is slated to come in 2 trims. The base S features such amenities as halogen headlights, power windows, a 12-volt power outlet and “mobile office” center console that includes a pen tray and space for a laptop or hanging file folder; the front passenger seat can also be collapsed to create additional work space. The SV adds goodies such as keyless entry, steering-wheel-mounted cruise control and 6 floor-mounted cargo hooks. Other options include Bluetooth, a navigation system with rear-view camera and exterior color packages. Safety features include antilock brakes, traction and stability control, and front-and-side mounted airbags.

The Nissan's workhorse ethic won over the NYC Taxi Commission, but will it win over other businesses in the U.S.? Two of its main competitors in this expanding segment will be the Ford Transit Connect and the Ram C/V. Both those vehicles offer a bit more storage space (6.6 and 21.4 cubic feet respectively) and more passenger seating options. But this is the NV200’s first production year in the U.S., so expect changes that enhance its desirability in years to come.

If my park lights are on ive noticed when i floor the pedal the vehicle barely moves slow to react not launching to overtake other cars as soon as i turn off the lights even just the park lights la...