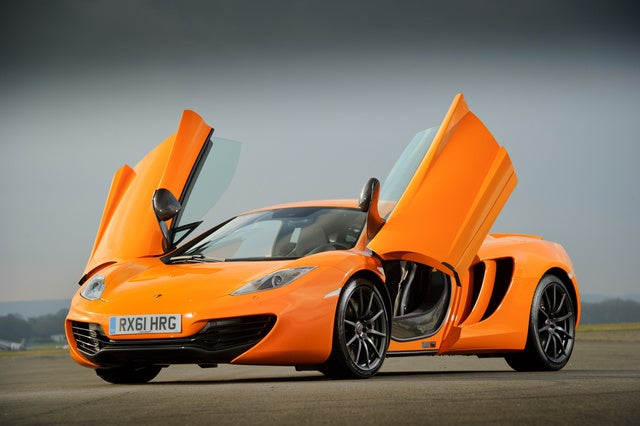 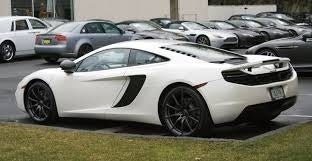 All hail the invisible supercar! Like the runner-up prom queen, she just tries harder. Except in this instance, there’s really no need. The McLaren MP4-12C is every bit as capable as the rest of the supercar cavalcade, costs less and might actually offer more.

Sure, Ferrari or Lamborghini may do it slightly faster with more exotic tech, but you’re also going to pay a paltry premium of a few extra hundred thousand dollars. However, what they won’t offer you is automatic upgrades.

Before we speak about carbon-fiber monocoques, twin-turbo V8s or even mention horsepower or quarter-mile times, I will repeat that: automatic upgrades. While many haven’t heard about the 12C, it’s already been around a few years and nearly 2,000 of them are out there, assaulting apexes and ripping rubber. While with other car companies early adopters simply get left in the dust with each new round of updates, with McLaren each model improvement gets applied to all previously purchased incarnations.

For 2013, that means 25 extra hp for the already prodigious 3.8-liter, twin-turbo, mid-mounted V8. For those keeping score at home, that brings total hp output to 616. Pair it with the 443 lb-ft of torque and you’ve got a robust combination, especially when 80 percent of that torque is available at 2,000 rpms and peak power hits at 8,500 rpm. That’s a lot of room in which to operate.

There have been some acoustic upgrades as well, specifically to the Intake Sound Generator (ISG). This is an electronically dampened intake resonance tube that channels engine noise into the cabin. I’m not sure anyone was claiming the V8 sitting directly behind your right ear was quiet, but no one is complaining about this volume adjustment either. Previously the ISG was linked to the powertrain selection, with only the track setting allowing for the ultimate aural assault. Now it’s adjustable through the driver interface. Feel free to keep it loud, even when you want to keep it comfortable and slow.

Speaking of which, you’ll no longer have to worry about bottoming out around town, as an adjustable ride-height suspension is a new option for 2013, allowing drivers to raise and lower the front and rear control arms to navigate curbs, speed bumps and maybe even loading onto a trailer for a track day.

More innovation? It’s not new this year, but it’s certainly worth mentioning: hydraulic dampers instead of anti-roll bars. Dihedral doors are similarly unique, although they may have garnered more critique than commendation. How about the Seamless Shift Gearbox? That’s what McLaren calls its version of a 7-speed, dual-clutch automated manual transmission. No, there’s no option for a traditional 3-pedal manual, but this transmission does utilize McLaren’s Pre-Cog gear queue, which allows the driver to press one of the shift paddles halfway in order to pre-select the next down or upshift ahead of time.

For more, you’re going to have to pay. Lighter wheels, sport exhaust, parking sensors and carbon-ceramic brakes will all cost you. Even paint will cost if you feel like venturing beyond the standard white, blue or silver. You can also add carbon-fiber trim inside and out, power heated front seats, a navigation system or full leather with an upgraded stereo. There’s also a quirky “Stealth Pack” option that adds a darker color to the exhaust and rear wing. Sure.

It’s not the fastest supercar out there, and it’s not the cheapest, but it’s close on both counts. Plus, it’s the only one that won’t leave you wondering what you spent all that money on once the next round of revisions comes down the flume. For that reason alone, the 12C may be the best sportscar value on the road.

Users ranked 2013 McLaren MP4-12C against other cars which they drove/owned. Each ranking was based on 9 categories. Here is the summary of top rankings.