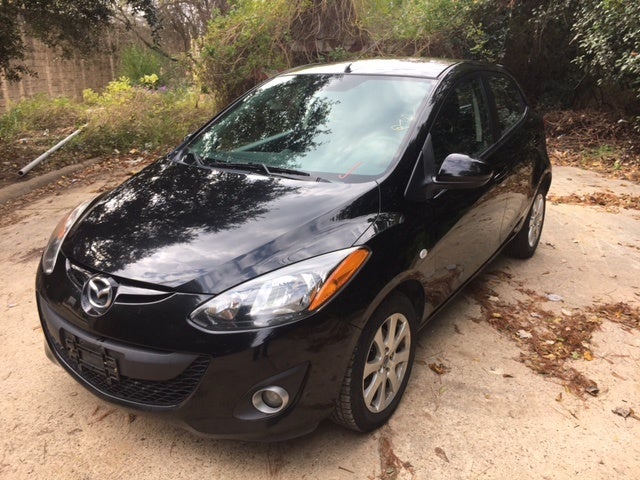 The first change to Mazda's entry-level subcompact hatch since its 2011 debut comes for 2013 in the form of a newly standard USB port, and that's it. Drivers have no complaints initially, but results from the Test of Time are starting to roll in, and more than a few drivers are sour after about 15,000 miles. Apparently, though the doors offer a solid thunk and the 100-hp engine is ample for a fun ride, things like seating ergonomics, the lack of an armrest (without paying extra) and telescoping steering wheel tend to get on the nerves eventually, and there are some questions about long-term reliability cropping up from early buyers. In terms of the ride quality, performance and features the Mazda2 offers, it's a stellar car—the only question is how long this budget buy will continue being a stellar performer once it's off the lot.

The joy of driving a Mazda2 just can't be emphasized enough by drivers who tout a quiet cabin, great fuel economy, peppy engine and pleasing dynamics as its claims to fame. Fetching 29 mpg city/35 highway with its 1.5-liter 4-cylinder engine pushing 100 hp and 98 lb-ft of torque to the front wheels, its standard 5-speed manual offers the most fun, but the optional 4-speed automatic actually clips some of that efficiency for 28/34 while also cutting back on some of the thrill, according to drivers. Hills require working the gears with this little engine, but commuting and other such standstill situations won't be as much of a gas-suck as with a larger V6, and it definitely has the pep to pass when you punch it despite a 10.3-second time to 60 mph.

Though it won't win any awards for looks or being more than it appears to be, the Mazda2 does afford some level of head-turning appeal and practicality. The interior is simply designed with the expected abundance of hard plastics, and aside from seat comfort and the lack of a standard armrest, drivers have no complaints about its straightforward dials and gauges or anything else. Of course, drivers also aren't especially complimenting anything about the interior either—13.3 cubic feet for cargo until you fold the 60/40-split seats for 27.8 cubes isn't exactly something you write home about, especially if you just bought a hatchback that competes with maximum cargo capacities like the Honda Fit's 57.3 cubic feet.

Still, the Sport and Touring trims both get the job done, albeit without a lot of versatility in the jobs that can be done. The base Mazda2 Sport comes equipped with 15-inch steel wheels, air conditioning, full power accessories, a tilting steering wheel and 4-speaker stereo with CD player, Aux jack and a new USB port. Ante up for the Touring to get 15-inch alloys and features like chrome and leather accents, a trip computer, cruise control and 2 more speakers for the stereo. Either trim can opt for an auto-dimming rear-view or center console with an armrest from the factory, or Bluetooth connectivity from your dealer, but you won't find features like lumbar support, heated seats or a navigation system anywhere in the lineup of options.

Have you driven a 2013 Mazda MAZDA2?
Rank This Car