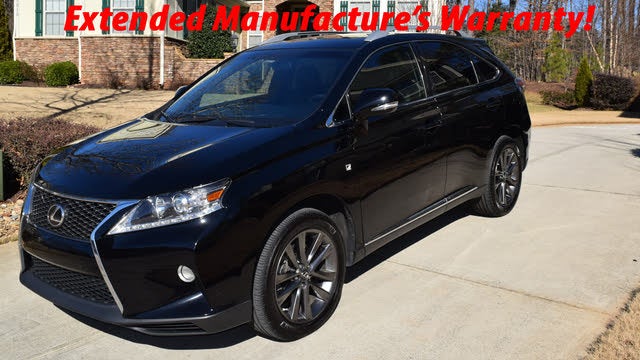 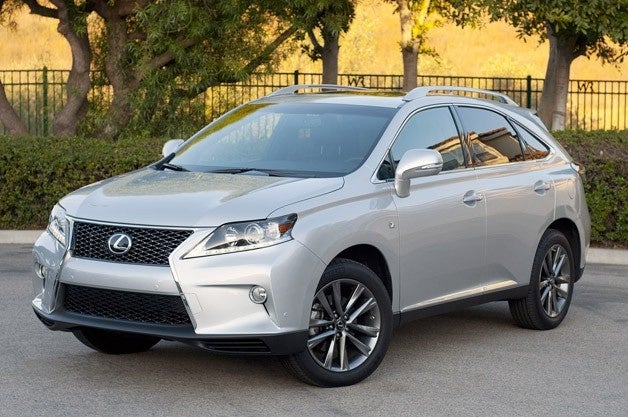 Drivers demanding comfort, luxury and competitive economy out of a reliable utility vehicle have looked to the RX 350 for the last decade, and for 2013, Lexus put the sport back in this luxury midsize sport ute crossover with a new aggressive look and an innovative F Sport model. Leaving its mechanical perfection well enough alone, Lexus otherwise touched up some of its previously less-than-stellar interior accessories and standardized some options across the entire still-V6-powered lineup, while expectedly paying a little more attention to the newest member of the family.

Aside from the occasional manufacturing hiccup, driver complaints are consistently few and far between. Last year's edition boasts zero true complaints, with the only lingering reason to snub the RX 350 being its habit to corner at high speeds like a greased bucket.

Flat-footed and top-heavy as SUVs tend to be, the RX 350 wasn't very different in that regard, but it is the smoothest of its class on paved roads and among the roomiest for all of its 5 passengers, given the standard sliding and reclining rear seats, not to mention remarkably upright at city speeds. That's about all any driver can ask, but if speed is the need, the F Sport has arrived to provide it.

Unlike the Euro-spec turbo edition, the Stateside F Sport trim differs from the current domestic model only in suspension and a few cosmetic touches. Although nobody with a pen has their hands on one yet, Lexus boasts improved steering response and agility through the company-first lateral damping system deployed exclusively in the new F Sport, consequently reducing twists and vibrations by a large margin and improving overall ride quality, too.

The very same 270-hp 3.5-liter DOHC V6 hooked to a 6-speed automatic powers every RX 350, be it a front-wheel-drive (FWD) base, FWD F Sport, or all-wheel-drive (AWD) base model. The F Sport however, gains steering-wheel-mounted paddle shifters usable even in Drive mode alongside exclusive black-on-white and gray perforated leather upholstery, silver accents, black headliner, a sportier front end with full-width spoiler, special badging and a unique set of 19-inch wheels.

Although Lexus hasn't announced specific mileage figures for the F Sport, it's pretty safe to assume something similar to the base model's 18 mpg city/25 highway. That is assuming the same pedal manners, of course, but every now and then driving dynamics changes like this actually improve fuel economy.

Just in case you haven't been salivating over this one for at least 3 years, the only room left for improvement is that fifth and final star in frontal crash protection and shaving 10 feet off the stopping distance. From reliability to luxury and technology, the 2013 Lexus RX 350 does not disappoint.

penken I think Lexus should be in the top 3!

Users ranked 2013 Lexus RX 350 against other cars which they drove/owned. Each ranking was based on 9 categories. Here is the summary of top rankings.

Front Door Will Not Lock With Key Fob

Other doors will lock and unlock normally. No audible beep or lights flashing when locking. Will double beep and lights flash with unlocking. Mirrors retract normally with locking. Changed batte...

The 4 Prong Plug On The Rear Of A RX350 For Trailer Wiring,

Drivers side rear quarter panel has a 4 prong plug for connecting to a trailer wiring harness. My Rx 350 does not have a trailer towing package. The fuse panel has a designated fuse and has power bu...