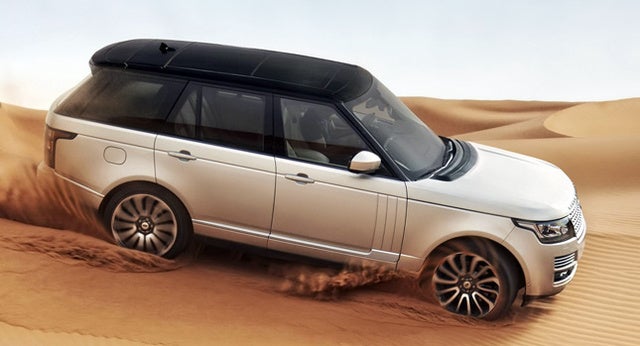 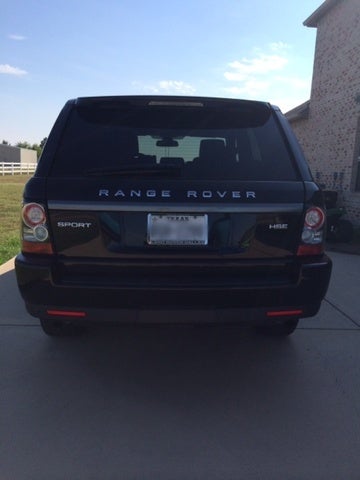 Land Rover's top-selling Range Rover Sport carries over from 2012 largely unchanged, except for the addition of 2 Limited Edition trims with essentially cosmetic differences, heralding the final year of the present generation. The incumbent HSE and Supercharged trims get a few party favors for 2013, though all but one—the newly optional towing package with hitch receiver and variable locking differential—likewise offer no more functionality or convenience. The only 2013 addition with any significant divergence from the norm is the non-supercharged GT Limited Edition featuring paddle shifters and a LOGIC7 premium stereo, among several more superficial differences. All of this could only mean one thing: The next Range Rover Sport is coming very soon, and it's probably a big deal.

Land Rover's flagship received a massive overhaul for 2013, spanning the full range from technology to body to even off-road capabilities, and every change improved the Range Rover. The maker even went so far as to convince its supply chain to decrease its carbon footprint 49% while stopping 10,000 tons of trash from getting sent to the landfill with this design. The new all-aluminum body is lighter, its air suspension more nimble and even-keeled, the variable air intake more powerful—combined these changes shave a half-second off its 0-to-60 times and 8% off the fuel bill for the Sport's current pair of 5-liter V8 engines. The maker was recently caught testing a new Sport and even mentioned something about a potential R-S. That news combined with the special wheels, badging and carbon fiber veneers added to the Sport for 2013 have "all-new Sport for 2014" written all over them, but those fabled ultra-performance R-S editions are probably still a couple years away.

For 2013 every trim from the HSE on up gets revised wheel designs and the option of that towing package, and Range Rover Sports with the supercharged V8 get red on their Brembo brake calipers. The new Supercharged Limited Edition adds unique red Sport badges for the tailgate and the option of carbon fiber veneer, while the also-new GT Limited Edition adds an extended roof spoiler, blackened 20-inch alloy wheels, chrome exhaust tips and the previously mentioned shifters and stereo. Everything else including the Sport's trepidation with snow and poor rearward visibility carries over from 2012, but so do the end-on-end parking sensors and rear-view camera.

Snow is still a different story - or at least different from Land Rover's otherwise iconic reputation. Even magazines are hesitant to call the Sport's winter performance "poor," but the Sport's suspension—particularly it's sporting Dynamic Mode—makes the wild side of Land Rover's full-time 4-wheel drive (4WD) system rear its less-than-graceful side in slippery situations. The 2013 Sport's 6-speed automatic and Terrain Response systems are replaced with an 8-speed and automated Terrain Response 2 systems for 2014, and Land Rover seems pretty dedicated to making its poorest relative performer into the best choice to tackle any heart-skipping moment, so look forward to future innovations if your heart is set on a Sport for winter climates.

The naturally aspirated V8 powering both HSE and GT Limited Edition trims puts out a balanced 375 hp and lb-ft of torque, fetching 13 mpg city/15 highway. Anteing up for the aptly named Supercharged or Supercharged Limited Edition tweaks that V8 up to 510 hp, 461 lb-ft of torque and 5.2 seconds to 60 mph, making it just a bit slower than its 2013 Range Rover Supercharged counterpart, despite shedding some of those heavy old-world charms, but nimbler with an additional 2 cubic feet in cargo capacity for a total of 71. The Range Rover Sport may not be the quickest or most road-mannered factory-spec Range Rover for 2013, but it is the maker's top-selling version, perhaps specifically for meeting the flagship SUV and Evoque crossover square in the middle. Either that or the early-bird driver review here at CarGurus has some truth: Surely a 3.8-second brand-new Range Rover Sport would get heavy attention, right?

What's your take on the 2013 Land Rover Range Rover Sport?

Jguzman Nice in that road strunk

Interceptor_380 I will never recommend buying a used Range Rover Sport. Also never buy one equipped with Dynamic Handling or Supercharged engine. The first generation (codename: L320) started production in 2005-2013! The 5.0L V8 engines have a timing chain problem!!!!! All models through 2015!!! It costs $5,000 to repair. Currently Land Rover is handling a lawsuit for timing chain failure and destroyed engines!!! Wait there is more!!!!! The ACE system fails and it consists of a hydraulic system. A stand alone unit, similar to the power steering system. The Power anti-roll bar/sway bar system that is very complicated. Hydraulic fluid lines travel from the front of the engine all the way to the rear of the frame work. Attached between the cabin and the chassis, anytime the swaybars fail or leak the only way to replace them is to lift the actual cabin from the chassis. It’s a big time consuming repair in the event of a failure!!!!!! Just to replace the rear sway bar it’s 11 hours or labor. Also these parts are very expensive and they are known to fail!!!!! This car is the biggest money pit on the road for every owner!

Users ranked 2013 Land Rover Range Rover Sport against other cars which they drove/owned. Each ranking was based on 9 categories. Here is the summary of top rankings.

Have you driven a 2013 Land Rover Range Rover Sport?
Rank This Car

Is It Ok To Get Oil Changed For Range Rover At Jiffy Lube?

My RR Sport with 100K miles is due for an oil change. I usually take it to a foreign auto shop or the dealership but with coronavirus, a quicky place like Jiffy Lube sounds good right now. I don't...

876 views with 1 answer (last answer about a year ago)

How Do I Purchase From A Dealer Who Does Not Finance?

how much it cost for a 67500 vehicle service

Buying a range rover 2013 supercharged is good decision or not? It is 56000km and what should be the price for it? Please tell me.