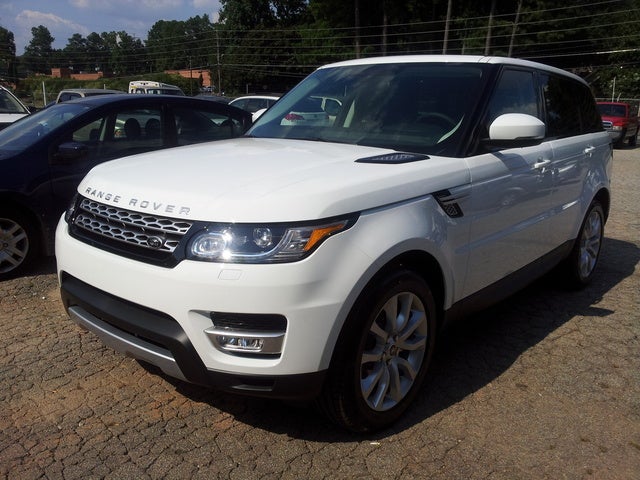 Land Rover's flagship Range Rover is almost completely new for 2013 and universally improved. The expected pair of V8 engines carries over relatively unchanged, but a lighter all-aluminum body, new 8-speed automatic and new variable intake significantly improve the performance of these engines for an 8% increase in fuel economy and greater pep across the entire line. Angle of approach, clearance and wading depth are steeper, higher and deeper than for 2012, the air suspension's geometry is revised for significantly less body roll and a load of new technology, including the all-new Terrain Response 2 system plus a new Autobiography trim (built out of the previously so-named option pack for the then-top-shelf Supercharged), just about sums up the vast changes made to Land Rover's inaugural full-size SUV.

Exciting as all that may sound, some of the Range Rover's detriments carry over, too. Namely, questionable reliability, numb steering, poor rearward visibility and a 35-cubic-foot trunk with a maximum capacity of 79 cubes. That said, full-time 4-wheel-drive (4WD) systems like that of the Range Rover are notoriously unreliable in the first place, and the steering doesn't provide as much road feel since such things tend to result in broken fingers when taking on the off-road. Front and rear parking sensors and a rear-view camera take care of that visibility issue, being standard features across the board, and if you really like cameras, the new Autobiography trim adds a "Kerb View" cam embedded beneath the passenger side-view mirror for a perfect parallel park, something the previous Autobiography option package didn't include.

As for that trunk, how much room do you need, really? The 3 rear seats offer ample legroom (4.7 inches more than before, in fact), and there's a literal ton of cubbies and useful gizmos inside. Unless you regularly haul more than 80 cubic feet of stuff to remote locations, a slightly undersize capacity shouldn't be a big deal, especially since the Range Rover offers the same cargo capacity as its nearest competitor. Although the Mercedes-Benz G-Class is a bit more expensive and significantly less efficient, it offers 45 cubes with all seats upright. In a worst-case scenario, surely the Range Rover's 7,500 pounds of towing capacity and optional towing package for all trims can handle the extra stuff, especially with features like Trailer Stability Assist, which makes reversing with a trailer on the hitch somewhat less of a hang-up.

New capabilities include a nearly 3-foot wading depth for 7.9 more inches of snorkeling than the 2012. Maximum ground clearance is almost a full inch higher at 11.7 inches, and angles are 2 degrees tighter for a 34.5-degree angle of approach and a 29.5-degree angle of departure. The all-new Terrain Response 2 system performs just as admirably as before, but now it can automatically adjust itself to terrain as you drive, with speed indicators and other lights to keep you on track while off-road. The now mid-level Supercharged trim and top-shelf Autobiography also get a Dynamic Response active anti-roll system for 2013 to improve on-road high-speed stability. The HSE gets left out on that tech completely, but first drivers say body roll is nevertheless minimal despite the weight reduction, resulting in a performance feel with its naturally aspirated engine very similar to that of the supercharged engine in the Supercharged and Autobiography.

Speaking of engines, is 5.1 seconds to 60 mph fast enough? The 375-hp and 375-lb-ft/torque 5-liter V8 powering the HSE is tweaked up to a supercharged 510 hp and 461 lb-ft of torque in the Supercharged—or at least it was for 2012, when the slowest Range Rover reached 60 mph in 6.5 seconds. The new Autobiography is tested to achieve the same in 5.1 seconds with that tweaked engine, and the Supercharged is just a hair's breadth behind, according to 2012 figures. Engine specs haven't changed from year to year, but the power band is broader thanks to that new intake, so those times are probably conservative for 2013. Fuel economy is reportedly improved, but going from 12 mpg city/18 highway to somewhere in the vicinity of 13/20 won't save much on premium fuel. If you're at all concerned, perhaps the Autobiography's adaptive cruise control with stop-and-go technology for those gas-sucking traffic jams can provide some solace.

If such low fuel economy has you concerned about your own footprint, Land Rover intends to eliminate 10,000 tons of waste with the 2013 production run, using 75 pounds of recycled plastic in every Range Rover. And the company convinced its supply line to reduce its carbon footprint by 46%. Adding technology like a streamlined touchscreen interface borrowed from the new Evoque with the capability to watch a DVD while the driver uses pertinent functions (such as navigation) on the same screen and so much more, there's just too much new or remarkable to list in one little preview—and if you thought this preview was long, just wait till you see the standard features list.

What's your take on the 2013 Land Rover Range Rover?

Have you driven a 2013 Land Rover Range Rover?
Rank This Car

Can The Height Control Be Set To Stay In The Low Ride Setting?

Looking for a way the lower the narmal ride height to be the same as the low ride height. Makes is much nicer to enter and exit the car.

How Do You Report Bad Car Dealers Using Your Website?

How do you register a really used car dealer who sold you a vehicle that broke down before you got home, will not return any calls, texts, or emails. But is still listed on Car Gurus

13 views with 4 answers (last answer about a year ago)

I Want To Trade My Range Rover Sport

I would like to trade my 2013 Range Rover sport

Rover will not start. Said low brake fluid, so I filled it up, now says press brake to start, brake goes almost to floor and still says same thing. Is there a switch or fuse involved? Or something e...