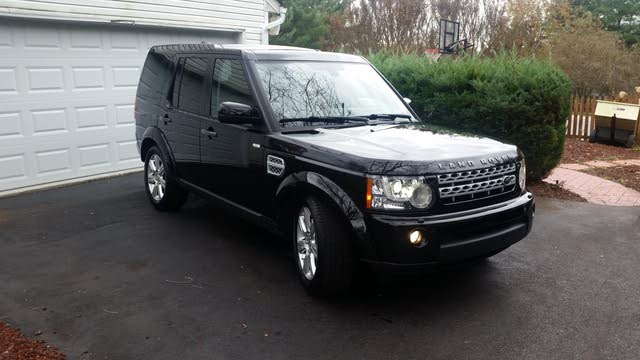 The 2013 Land Rover LR4 offers a rugged, throwback approach to the sports utility world while at the same time letting those who want to get off-road and a little down and dirty do so in all kinds of style and comfort.

Start with the boxy and tall safari-ready look of the 2013 Land Rover LR4 that picks up where the LR3, discontinued in 2009 after a 5-year run, left off. The LR4 will no time soon be mistaken for a crossover. It does not drive like one, nor desire to be one. While most reviewers find it comfortable and a capable performer on pavement, some will suggest a list of rivals, vehicles such as the BMW X5, Lexus GX 460 and Mercedes-Benz M-Class, who are in about the same price neighborhood that outdo the LR4 to varying degrees on the road.

It’s in the rough stuff and in the dealing with tough and tricky conditions that the 2013 Land Rover LR4 truly shines.

A 5.0-liter V8 engine with direct fuel injection, good for 375 hp and 375 lb-ft of torque, efficiently powers the 2013 Land Rover LR4 and can push it from 0 to 60 in about 7.5 seconds. The engine gets paired to a smooth 6-speed automatic transmission that can be operated manually as well.

The experts have nothing but good things to say about the LR4 when it gets off the road. They like it on pavement, too, but there they feel it meets its match at times and that it still handles a little roughly and has some body roll. They also find it a bit costly overall and are less than impressed by its mileage numbers of 12 mpg city/17 highway.

Land Rover dressed some things up with the LR4 for 2013 and added a few color scheme options, but for the most part stuck with what works, including a comfortable, classy and luxurious interior. Land Rover loads the base LR4 with goodies from a power sunroof to leather upholstery to dual-zone climate control, a 9-speaker Harman Kardon audio system and front and rear parking sensors.

A couple of HSE packages quickly up the luxury ante of the 2013 Land Rover LR4. The HSE version adds a rear parking camera, a navigation system that is hard-drive-based and voice recognition capability. The HSE Lux brings in heated front and second-row seats, premium leather upholstery, a heated steering wheel and rear climate control.

The 2013 Land Rover LR4 comes equipped with a wide collection of safety features, including traction and stability control systems, 4-channel ventilated disc brakes, electronic brake assist and a full array of airbags. A Heavy-Duty Package includes a full-size spare tire with a locking rear differential, and a Vision Assist Package has a surround camera system and a tow hitch assist system.

Can A Individual Use This Web Site