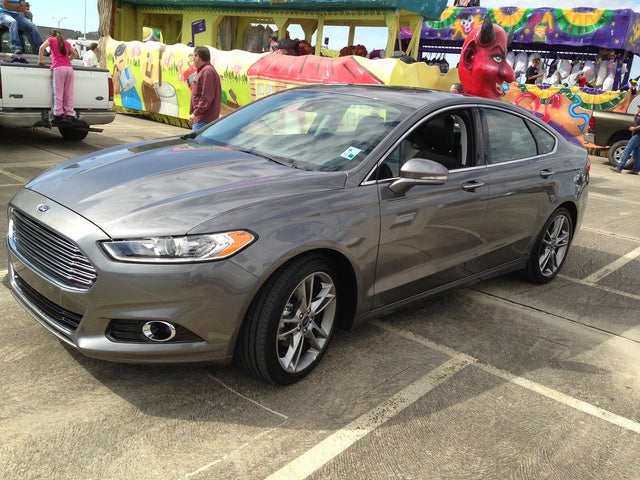 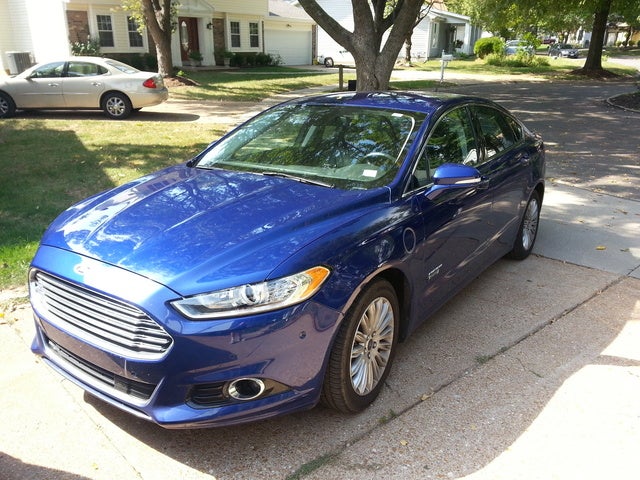 For those who want to lean greener than mere hybrid technology allows, there are a number of alternatives available these days. Among these choices, and doubtless inspired by Chevy’s electric-centric Volt and Toyota’s plug-in Prius, is the debuting 2013 Ford Fusion Energi plug-in hybrid sedan. Sharing the 5-passenger seating of the midsize Fusion lineup, the new-for-2013 Energi boasts some sly changes, including aerodynamic painted aluminum 17-inch wheels with low-rolling-resistance tires and subtly distinctive badges that distinguish it from its regular Fusion and Fusion Hybrid cousins. Beware, however, one further detail that sets the Energi apart from its Fusion kinfolk is a hefty jump in MSRP.

In any case, Ford’s Fusion Energi plug-in/hybrid is, of course, brand new for 2013 and stars a 2.0-liter inline 4-cylinder (I4) hybrid gasoline-fired powerplant, along with a permanent magnet AC synchronous electric motor and beefed-up lithium-ion battery pack. And taking all this a step further is the Energi’s plug-in recharging system, which takes a little re-charging strain off the I4 and the standard regenerative braking technology. Under the management of an electronic continuously variable automatic transmission (eCVT), this midsize 4-door puts out a combined 188 hp and 129 lb-ft of torque, can travel up to 20-odd miles on electric power alone and, at the end of your commute, can be plugged into your standard 110-volt household current.

A full battery when tapping said 110-volt system takes about 7 hours from totally drained to fully charged, but Ford will sell you a dedicated 240-volt system that’ll juice up the battery in about 2.5 hours.

Appearance features and creature comforts, you ask? Well, there’re those unique 17-inch alloys mounting ultra-low-rolling resistance tires, not to mention heated power-adjustable outside mirrors, to which the Titanium trim adds a rear spoiler. Then there are goodies like the standard leather upholstery, heated power-adjustable front seats and full power accessories flaunted by both trims, along with an auto-dimming rear-view mirror, cruise control and telescoping tilt-wheel steering and dual-zone climate control.

Memory for driver’s settings also comes standard in each 2013 Energi iteration, as do Sync/Bluetooth infotainment and MyFord Touch voice-activated directions and connections subscription services. Entertainment, meantime, is offered via a single-CD player with 6 speakers, satellite radio and an auxiliary audio input (USB port).

Options-wise, look for this debuting plug-in to offer available GPS navigation, an automated parallel-parking system (with front and rear sensors) and adaptive cruise control, as well as front collision warning and braking.

What's your take on the 2013 Ford Fusion Energi?

Have you driven a 2013 Ford Fusion Energi?
Rank This Car

Hybird Battery Only Charges To 6 Miles.

Energi battery when new charged between 21-24 miles. It now usually charges from 6 to 8 miles. Ford will not replace battery under Hybird warranty. Ford states vehicle is operating within their stan...

Are the controls on steering column, headlights and panel shifter illuminate in dark 2012 ford fusion se

I Can't Open My Car With The Remote Key Button.

I own a 2013 Ford Fusion Hybrid - Energy sedan. The parking lights are on and when I tried to open the door with my remote key; it won't unlock the door nor trunk. I don't remember having the fact...