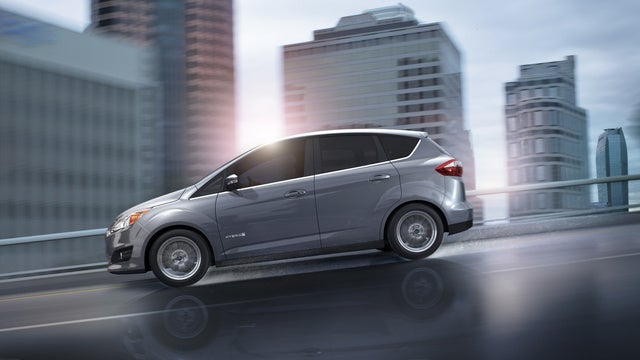 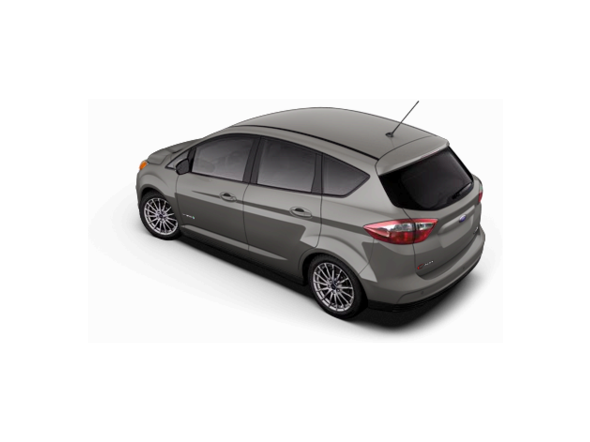 Ford already has a strong lineup of fuel-efficient vehicles, including the Fusion Hybrid, Escape Hybrid and the Focus Electric. The Detroit automaker ups the ante in the fall of 2012 with the debut of the 2013 C-MAX Hybrid and C-MAX Energi 4-passenger 4-door hatchbacks.

The 2013 Ford C-MAX is available in three front-wheel-drive trim levels: SE Hybrid, SEL Hybrid and SEL Energi. All trims are powered by a 2.0-liter hybrid electric powertrain. The C-MAX uses an Atkinson 4-cylinder 16-valve DOHC gas engine combined with a high-voltage lithium-ion battery-powered electric motor, which makes 141 hp and 129 lb-ft of torque and has a driving range of approximately 500 miles. All trims are also equipped with a 2-speed electronically controlled variable transmission with overdrive and a regenerative braking system. The early estimates for fuel mileage put the C-MAX trims at 47 mpg city/44 highway. The plug-in hybrid C-MAX Energi is expected to have an all-electric range of 20 miles and is estimated to have a miles per gallon gasoline equivalent of 95.

The 2013 Ford C-MAX will be produced at Ford’s Wayne Assembly Plant in Michigan, with the regular hybrid trims being available early in the fall of 2012 and the C-MAX Energi becoming available in late fall.

GuruQCNLH where is the battery located

Users ranked 2013 Ford C-Max Energi against other cars which they drove/owned. Each ranking was based on 9 categories. Here is the summary of top rankings.

Have you driven a 2013 Ford C-Max Energi?
Rank This Car

My 2013 Ford C-Max energi gets only 12 miles when I charge it . I bought it used what can I do about this and is the battery still covered under a warranty

71 views with 1 answer (last answer about a year ago)

what kind of snow chains do I need to get

How To Set Of Ev Operation Only

The manual is not very good and the sales person was worst. How do I set for only battery (Ev) operation without the engine kicking in?

When I Used My Gas Cap Manual Release Cable It Pulled All The Way Out With ...

Ford C-MAX 2013. Is It Possible To Upgrade To Navigation If The Car Doesn't...