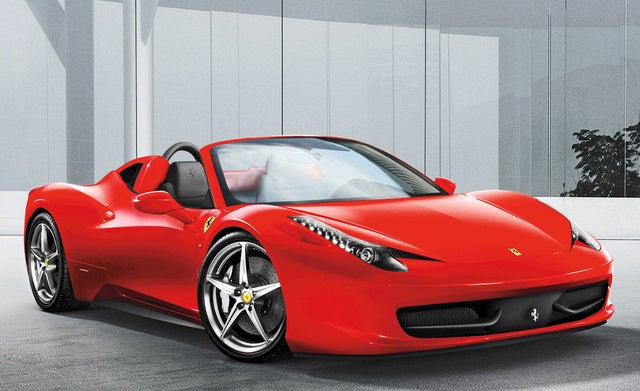 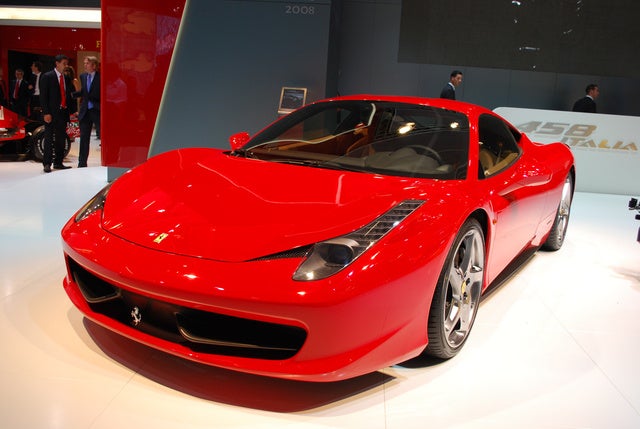 There’s a lot of pressure to be the best, especially within Ferrari. With a history as storied as any in automobile history, Ferrari gets a near-pass with every new vehicle it introduces. Like Harley-Davidson for motorcycles, outsiders just automatically think Ferraris are the steer’s ears. And just like Harley, that’s simply not true. There are plenty of blemishes in the annals of Ferrari—cars we’d rather forget.

A midengine supercar is a difficult spectre to conjure. It’s easy for Ferrari to get the first part of the formula correct: fast, nimble and exotic. The second part—pretty—isn’t so simple. So many things can get in the way of aesthetic perfection, and while the Italia isn’t perfect, it comes closer than any Ferrari in recent memory.

From the front, it looks like it’s begun to melt. From the rear, it looks like the business end of a printer port. I recognize neither of those descriptions sound particularly sexy, but in this case the whole is definitely greater than the sexiness of its parts.

Besides, all that is merely precursor to the real attraction—a visual spectacle that like all great art resides behind a pane of glass—the 4.5-liter mid-mounted V8. With 562 horses coming to crescendo at 9,000 rpm directly behind your right ear, you’ll hardly have time to realize your neck hurts before hitting 60 in just 3.3 seconds. If you have the mettle, you can hear that record-breaking wail all the way to its 200+-mph top speed. And while the 398 lb-ft of torque arrive at a similarly Alpine 6,000 rpm, over 80 percent of it shows up to the party at just 3,250.

There are several firsts and records from this engine alone. Ferrari claims it has more horsepower per liter than any other naturally aspirated engine, and it’s the first direct-injected mill for a midengine Ferrari. But that ignores the GETRAG dual-clutch, 7-speed transmission, equally responsible for the noteworthy speed here—it swaps cogs in just 4/10ths of a second.

Ferrari also claims the 458 Italia will best its predecessors in the handling department by 32% thanks to its double-wishbone front and multilink rear suspension, electronic active differential and F1-derived traction control systems. While Ferraris haven’t exactly carried the reputation for being easy to drive, road reviews of the 458 Italia have consistently reported an ease of approach here that makes it accessible to even the novice driver.

Of course, there are those who will remember freshman pimples on this horse’s face. Some early examples had the adhesive in the wheel wells suffer a minor failure, resulting in some major fires. Others simply had the engine seize on them, bringing a rather abrupt stop to Sunday drives. Sorted now, but I feel those issues should be mentioned.

On the more placid side of things, the steering wheel continues to absorb functions here. Specifically the turn signal and wiper control stalks have migrated to buttons on the wheel front, adding to an already confusing layout. But wait until the Playstation and Xbox generation starts making the kind of money that gets you a 458 Italia, and I’m guessing those complaints will disappear.

Should I even bother mentioning the lack of a manual transmission?

No, I didn’t think so. If you’re looking for a midengine V8 supercar, this is the bar. There’s really little else to say. It’s one of the best looking Ferraris in decades, and it’s one of the top performers on the road. Unless you want a manual, the 458 Italia's simply got it all.

Users ranked 2013 Ferrari 458 Italia against other cars which they drove/owned. Each ranking was based on 9 categories. Here is the summary of top rankings.