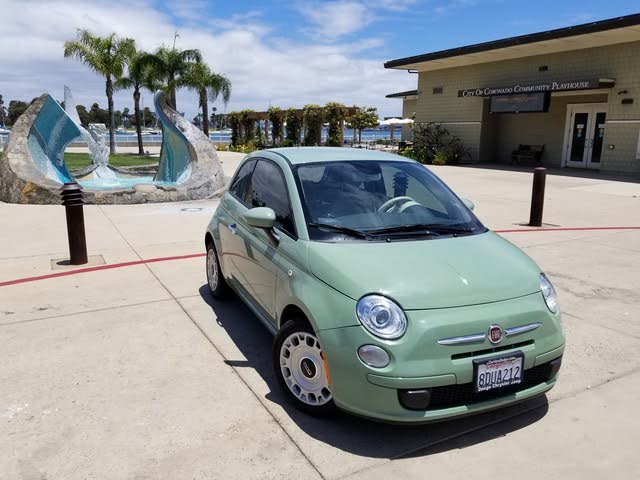 Despite a hiatus long enough to ensure nobody driving today really remembers what a FIAT used to be, drivers approached the 2012 re-launch of an Italian favorite with much caution given its partnership with Chrysler. One year, a few tweaks and a Turbo trim addition later, those concerns are proving unfounded, with drivers of the 2012 500 saying "it's built like a tank." Mechanics who do remember the old FIAT say "it's nothing like the ones I used to work on" with a "solid build quality" offering ample fun, versatility and pep. Looks like MINI finally has some serious competition while Smart works on its reputation—even before considering the lineup-wide tweaks for 2013.

The new Turbo 500 antes up with some sporty cosmetics and the same sport suspension and steering as the Sport 500, but as the name implies, the same 1.4-liter 4-cylinder engine used in every other 500 is tweaked up to 135 hp and 150 lb-ft of torque thanks to a turbo boost—as opposed to the 101 hp and 98 lb-ft of torque in naturally aspirated versions, or 160 hp and 170 lb-ft of torque for the likewise turbocharged high-performance Abarth. The entire 500 lineup was revised for 2013, notably offering up to 31 mpg city/40 highway and improved power thanks to renewed gear ratios. Specifics on the new Turbo amount to a promise of up to 34 mpg highway, and the Abarth appears unchanged in terms of its similar economy promise, although the Abarth, too, surely benefits from the tweaks to its lone 5-speed manual transmission choice.

This renewed 5-speed manual is available across the entire 500 lineup for 2013, with a 6-speed automatic optional regardless of whether you choose the Pop, Sport, Lounge or Turbo trim. So far only the Pop and Lounge are confirmed for both hatchback and 500c convertible body styles, with the Sport and Abarth still available only as a hatchback and the Turbo expected to follow suit. Several new customizations open up with the addition of the Turbo, including 2 new exterior color choices and newly available premium leather seating for the Sport and Turbo. Last but certainly not least on the list of 2013 changes is the addition of studio-quality sound, with the 500's segment-first installment of Beats by Dr. Dre.

All of that would be impressive enough of its own accord if it wasn't for driver reviews. Entry and exit for even large passengers is remarkably easy, with drivers praising the 500's every innovation to the subcompact standard, from instrumentation to cargo capacity, elbow room and ride quality. Materials quality isn't as high as that of a MINI, but the 500 also isn't as pricey and compares favorably to others in this price range. A little bigger than the smart fortwo, the 500 offers seating for 4 with 9.5 cubic feet for cargo before folding down the seats to open up a similarly impressive 30.2 cubes—the convertible compromising only rearward visibility when retracted. The 500 is no speed demon, requiring as much as 12 seconds to hit 60 mph from a standstill, but if you don't mind sacrificing about 6 mpg, the Abarth does the job in a swift 7.1 seconds with a more robust tone and compliant ride than any rival.

Users ranked 2013 FIAT 500 against other cars which they drove/owned. Each ranking was based on 9 categories. Here is the summary of top rankings.

First I couldn't open my trunk and noticed the info on this site saying to put top back etc fix and learned my top won't work either now. So what can I do and ideas to resolve issues. No other is...

2013 Fiat 500 Sport, radio turns ON ok but NO sound!! Just replaced with new battery. If radio has power but no sound it can't be a blown fuse right?

165 views with 2 answers (last answer about a year ago)

engine light went off and before i could take it in it went off. I just had an oil and filter change about 6 week ago- the car has 46 K on it. Should i take it in anyway?

I have a 2013 Fiat 500c just replaced a dead battery and the ETC light came on and the message check engine came across. turned engine turned engine off and restarted vehicle ETC light went off...

127 views with 1 answer (last answer about a year ago)