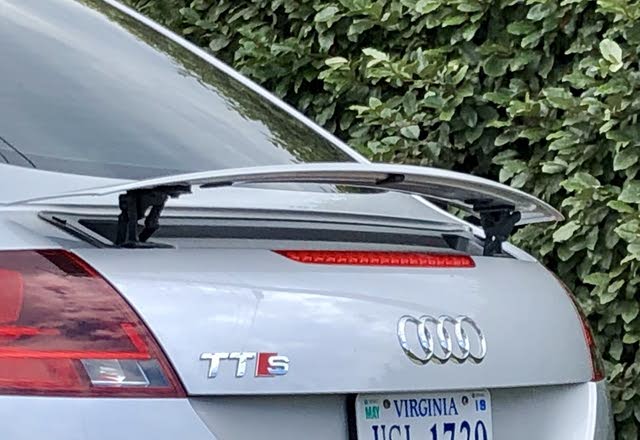 Nothing notable changes for the Audi TTS in 2013, and those in the know agree with Audi on that decision. The TTS is quickly becoming a coveted corporate coupe with sales jumping by nearly 50% year over year since its 2009 debut. Some glossies claim there are more practical choices like the BMW Z4, and better-handling choices like the Porsche Boxster, but that's really a matter of preference. For those driven by the road with a penchant for performance and stunning looks with some level of daily practicality, the TTS is simply second to none. Except perhaps, for the promised 2016 version—or 2015 if you simply must have the new platform but will settle for a TT.

Sure, you'll get more performance with the TT RS and better fuel economy with the TT, but the TTS shines with its balance of both blended with just enough comfort to let your worries disappear as quickly as scenery in the rear-view, given its 5.3 second 0-to-60 time. Its turbocharged 2-liter 4-cylinder is the same you'll find in the TT, with a tweak, pumping out roughly 25% more power for a total of 265 hp and 258 lb-ft of torque. The TTS also features an adaptive suspension, tightening its turns and dropping its body about a half-inch compared to the TT.

Audi didn't completely throw practicality out the window, though. The TTS offers all that performance with a 21 mpg city/29 highway rating on premium gas with its sole 6-speed dual-clutch automated manual transmission. The 2+2 hatch version offers 13 cubic feet in the trunk or 24 cubes with the rear seats folded flat, but those rear seats are typical of its class, which is to say your grown friends will probably pile in without complaint only so they can experience the TTS for themselves. The convertible seats 2 and offers only 8.8 cubes plus a pass-through, but it is otherwise just as capable and fuel-efficient, though the power-retractable soft top expectedly allows a bit of road noise.

Just the one Premium Plus trim and just the one Prestige option pack means the toughest decision to make right now is whether the convertible's price premium is worth the serenity and functionality cuts. Sticklers for silence will be happy to know the 2016 TTS (and the 2015 TT) is expected to feature a hard top for the convertible with both based on the 2014 A3's ultra-light platform, maintaining the same engine, suspension, "Magnetic Ride Control" availability (presently standard for the TTS and TT RS) and speed-activated rear spoiler. As if that wasn't enough of a tease, rumor has it the next-gen design brings back more of the original wheelarch style with an edgier appeal—and suddenly the toughest choice is when to buy.

Rest assured dealers most likely plan to accept trades for a long time to come, and there's good reason the TTS has remained unchanged since its 2011 restyling and Premium trim drop. Despite what magazines say, not even the lack of a traditional manual transmission is any real detriment to what the all-wheel-drive TTS does for an everyday road. If any driver could be bothered long enough to leave a review, you would have a sense of just what that is already, but words probably wouldn't do it justice anyway—so why are you still reading this?

How can I use my TT's accessories (radio, CD player, phone) without having to start the engine and let it run? There does not appear to be an accessory setting on the ignition switch.

The Different Between Audi Tts Prestige Coupe And Premier Plus?

Can anyone tell me the different between these two? I'm thinking to buy a new baby Audi tts 2013 and got confuse between these 2 prestige coupe and premier plus? Which one is better?

Just looking for a review on a '12 Audi TTS. They are extremely difficult to find in my area and the one dealer that had one wouldn't let anybody test drive it. Thanks in advance!