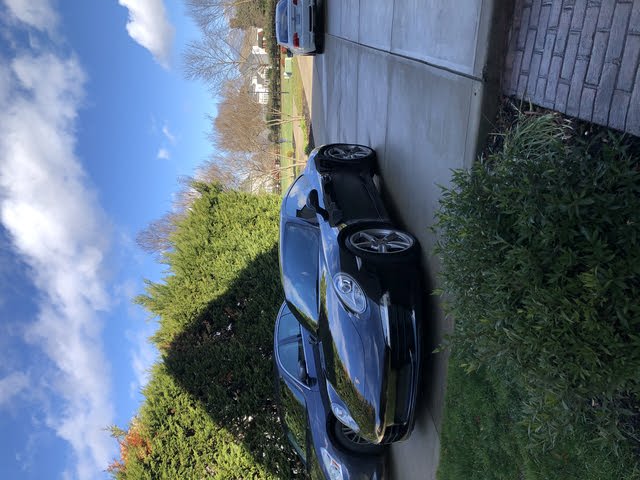 Porsche swears its new 911 really is new. New engines, new bodywork, new interior – Porsche claims the only pieces that carry over from the old 911 include the piston, crank, steering wheel and a smattering of parts from the PDK transmission. Whether a company should be praised or criticized for changing so much while changing so very little will be left up to consumers. With a longer wheelbase and wider track, engines boasting more power and more efficiency and a substantially improved interior, all we can say is this “new” 911 is certainly better.

That is, unless you actually like all the things that make a 911 special. That flat-6 hanging out over the rear axle hasn’t been air-cooled in over a decade, and there’s little worry anymore that you’ll get sent spinning into the next corner thanks to maniacal oversteer. Yes, these are both good things, but let’s not forget that quirks breed character. After all, would anyone buy an old British sports car if Lucas wasn’t threatening to run out on you at the mere hint of rain?

Okay, bad example. The 911 is better, even if only trained eyes can tell it apart from the car it replaces. And that will be made easier this year, as only base Carrera and Carrera S trims get the changeover, with Carrera 4, Targa and GTS trims remaining unchanged, meaning you can actually compare the two side by side.

For the new model, 4 inches were added to the wheelbase and 2 inches to the track. On the outside you’ll notice LEDs in front and back and a new front fascia with a wider grille. That’s nice, but German automobiles aren’t known for styling, they’re known for engineering. So what do the Stuggart stooges have in store for the new 911?

Let’s start with the big news. An industry first, the new 911 comes with a 7-speed manual transmission to complement the venerable 7-speed PDK automated manual option. This leads a long list of new mechanical features, including a new active chassis control system (PDCC), a new torque-vectoring system (PTV) and sadly, electro-mechanical power steering. While the PDCC and PTV systems only enhance the 911's already staggering handling, the electro-mechanical steering is a disappointment, providing all the vague numbness we’ve come to expect from such setups. There’s no doubt things will only improve, but they aren’t there yet.

Thankfully, there are only good things to say about the two new engines. The Carrera starts with a direct-injected 3.4-liter “boxer” 6 that delivers 350 hp and 287 lb-ft of torque. While this is a loss of 0.2 liters from the engine it replaces, it delivers 5 extra hp, and with a lighter weight and new 7-speed transmission, Porsche says it’ll be more efficient as well. Tests have put it at under 4.5 seconds to get to 60 mph, and that’s proof enough of its competence.

The Carrera S gets a frightening 400 horses from a 3.8-liter boxer 6 – an addition of 15 hp. Torque drops a bit to 295, but again Porsche assures us this upgraded 3.8 will yield increased efficiency, decreased emissions and faster 0-60 times – currently estimated around 4 seconds even with the revamped PDK transmission.

But you’re a driver, and you want to shift with your feet, right? Well, despite the extra room thanks to the wheels being shoved further to the corners, there’s not a lot of space in the footwell. It’s cramped enough to make operation of those three pedals difficult and awkward, as the whole setup is angled toward the center of the car. It’s a shame, and it really makes the PDK the preferred choice here.

Footwell complaints aside, the interior received a lot of attention—and apparently a lot of inspiration from its 4-door brother, the Panamera. For a lot of Porsche faithful, this is a sacrilegious source from which to draw insight, but the improvement is hard to argue. Yes, a larger backseat is against the 911's heritage, but it sure is useful. Don’t worry though, it’s still too small for a real-life adult to use, so perhaps a bit of a nod to history there. Legroom gets an extra inch up front, but it’s hard to notice. While quality, fit and finish of this new design are beyond reproach, testers have commented that the new layout feels more cramped than before. While this is good for things like bringing the gearshift closer to the driver, it’s not so great for long-distance comfort. After all, most 911s never see the track.

So this year you get your choice of 911 – new or old. There’s no question the improvements made to this icon do indeed improve, with the exception of the electro-mechanical steering. Even that provides all the precision of the old hydraulic system, it’s just the feel that’s missing. And that speaks to everything the 911 has become – flawless precision with a tarnished soul. You can have your double-clutch transmissions and torque-vectoring, but I’ll take the looming threat of air-cooled death around the next corner any day.

How To Add Carfax To My Lisiting?

Hi there, How do I add the Carfax history to my listing, including owners and no accidents? Many thanks, Ulrich

I have messaged the seller 4 times but have received no response yet the car still appears to be for sale. I am wondering if my messages are getting through to the seller.

Why Doesn't My Car Has A Price Analysis

My listing under 2012991CABS doesn't show a price analysis Great Good or Fair,etc Why is this?