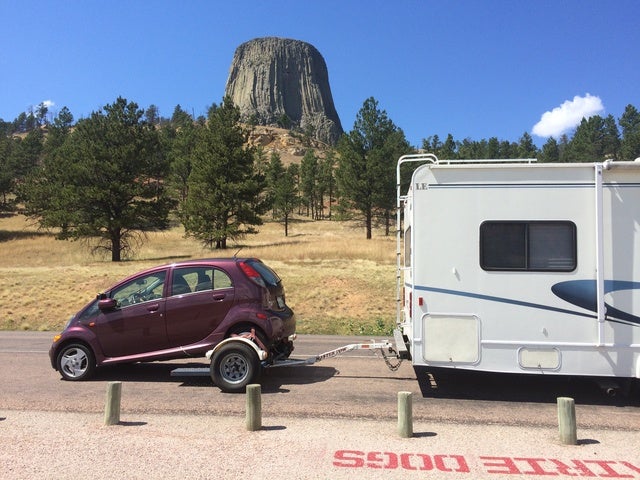 Following in the footsteps of the Nissan Leaf, the 2012 Mitsubishi i-MiEV, sometimes referred to as the Mitsubishi i, becomes the second completely electric vehicle in the U.S. marketplace. The 2012 i-MiEV is economical and ideal for city driving, as long as you don’t get too far from your power source.

The 2012 Mitsubishi i-MiEV (MiEV stands for Mitsubishi Innovative Electric Vehicle) comes in two 4-passenger trim levels: ES and SE. Each is powered by a 49-kilowatt AC synchronous electric engine that achieves 66 hp and 145 lb-ft of torque. The rear-wheel-drive i-MiEV is mated to a 1-speed direct-drive transmission and a 330-volt, 16kW lithium-ion pack that is estimated by the EPA to generate a charge that will allow the i-MiEV to travel 63 miles and reach a top speed of 81 mph. The i-MiEV also has an onboard recharging system with either 110- or 220-volt charging capability. Although limited to 62 miles per charge, the EPA estimates that the i-MiEV is capable of 126 mpge city/99 highway. Using a 110-volt outlet to recharge the i-MiEV will take about 23 hours, while a 220-volt outlet will recharge the vehicle in about 8 hours.

Consumer reviews give the 2012 Mitsubishi i-MiEV high marks for city driving, with not quite so glowing reviews for highway excursions. Along with the limited distance available per charge, i-MiEV owners feel that the electric hatchback lacks the performance needed for highway driving, especially when it comes to overall stability and when using the ECO mode, which allows the driver to conserve power while traveling. According to owners, the i-MiEV's small, thin tires seem better suited to city streets. However, many like its recharging on-the-go ability and think the vehicle handles well for its size.

Cutting into the market lead Nissan's Leaf has established, as well as facing a new EV challenge from Ford’s Focus Electric, the Mitsubishi i-MiEV is like a high-powered golf cart. For those looking to lower their carbon footprint and spend wisely on a new vehicle—especially when you take federal and state tax credits into consideration—the i-MiEV is a solid choice. The i-MiEV, currently for sale on both coasts, will go on sale nationwide before the end of 2012.

What's your take on the 2012 Mitsubishi i-MiEV?

GuruVG464 very poor rang when cold,-6 below zero only 30 mile capable with heat on

Have you driven a 2012 Mitsubishi i-MiEV?
Rank This Car