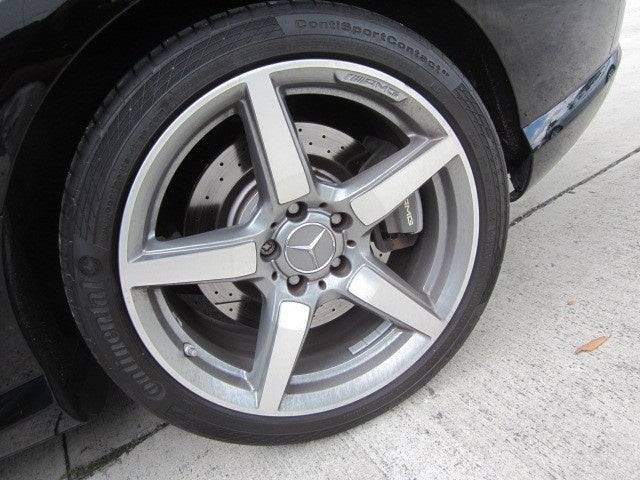 No one expects an artilleryman to hit the target on the first shot. It’s understood that there will be some overshooting and undershooting before zeroing in. Indeed, it’s the third relay you need to worry about. So it is with the SLK. Where the first generation was too weak and too bare bones, the second generation fell too close to ostentatious. One might even say tacky. Thankfully, in 2012 Mercedes has adjusted its sights appropriately and landed square in the middle of the target. The SLK is finally just right.

What did it take to get there? 2012 holds lots of changes for the SLK, with regard to chassis, powertrain and styling, and there’s even some new tech thrown in. Tech was never a weak point of the SLK – or any Mercedes, honestly – but those Deutsche dreamers never tire of automating it seems.

Externally, there are many changes to behold. Like much of the Merc lineup, the SLK has been massaged “stem to stern” as has been repeated so often in the automotive press. This means a new grille and hood – partially the result of new European pedestrian safety standards – a redesigned rear and new lights front and back. LEDs aren’t going anywhere, and they’re here in abundance. In fact, they are optionally capable of full illumination duty with daytime running and adaptive-adjustable units for driving as well. The “new” grille looks curiously similar to that found on the SLS AMG, with its upright, angular manner only emphasized by the lower air dam of the Sport Package. Both front and rear have been shortened, but the back end lends a more graceful, organic appearance when contrasted with the stark lines of the nose. Aesthetics aside, it’s good enough to lower drag coefficient to .30.

Inside is much the same with layout, materials and controls that look as though they were lifted directly from the SLS AMG. Chrome is truly an accent again, rather than a stylistic foundation, with more reserved metallic materials flanking the center console, dual driver pods and crosshair-style vents. Wood can also be added thanks to the options list, but more attention is being paid to the flashier of additions to the SLK interior. A new, chunkier wheel accents the electro-mechanical steering nicely, which blends feel between “comfort cruise” at center and “sports twitch” at the ends. It doesn’t have the directness of its German rivals, but it’s a welcome compromise for those who want to eat miles just as much as tackle corners.

While the folding metal roof was a technological breakthrough at the SLK’s introduction more than a decade and a half ago, it’s a feature no longer reserved for luxury cars. Not so anymore with magnesium frame construction and the addition of the new “Magic Sky Control” glass roof panel. The use of magnesium saves 13 pounds and allows for roof deployment at a speedier 20 seconds as opposed to 25, and the Magic Eye glass will darken at the push of a button. Buyers can also choose a more traditional body-colored metal panel or a static tinted glass panel, but the Magic Eye is quite cool – pun intended. Same with the optional photo-reflective leather, which Mercedes claims will reduce surface temperature by up to 18 degrees when sitting in the sun. But if cool is your concern rather than hot, grab the Heating Package for heated seats and the AirScarf system which blows warm air on the back of your neck for extended open-air motoring.
Chassis attention by way of reinforced members and side impact structures as well as new, fiber-reinforced roll bars mean a stiffer, safer ride, and the restraint systems have received attention as well.

But you wanted to hear about the engine, yes? Previously, the 3.5-liter V6 was criticized for being overly buzzy and for a tinny, high-pitched quality to the exhaust note that hinted at anything but throaty, grunty power. If nothing else, power has increased this year thanks to new cylinder heads and direct injection, bumping output to 302 hp and 273 lb-ft of torque, good for a sprint to 60 in 5.4 seconds.

Unfortunately, the 3.5-liter V6 is available only with Mercedes’ 7-speed automated manual. While a good transmission, with three driver-selectable modes of Eco, Sport and Manual, it doesn’t offer the same sporty feel of a traditional 3-pedal setup, and for that reason will always trail behind rival German offerings.

Is this the best the SLK can be? A straight six would be preferable over the V, and a 3-pedal manual would make a world of difference, but with a turbo 4-cylinder on the way and a rumored 5.5-liter V8 AMG version hiding in the shadows, those seem small nits to pick. For now, at least it looks good.

What's your take on the 2012 Mercedes-Benz SLK-Class?

Users ranked 2012 Mercedes-Benz SLK-Class against other cars which they drove/owned. Each ranking was based on 9 categories. Here is the summary of top rankings.

Have you driven a 2012 Mercedes-Benz SLK-Class?
Rank This Car

How do you evaluate a car dealer?

I know its through the steering swheel controls, but what is the process?