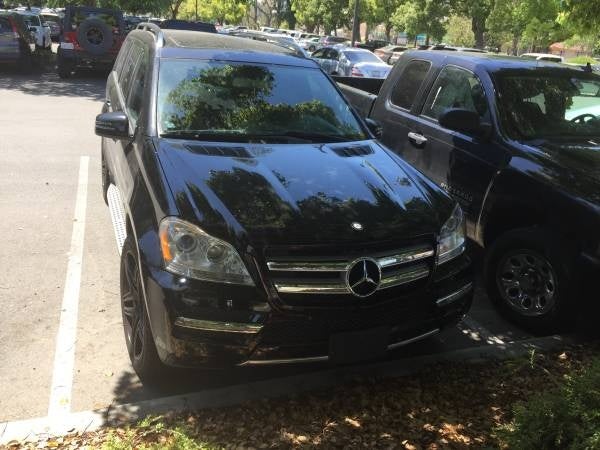 As the first generation of the Mercedes-Benz GL-Class full-size crossover draws to a close, the only change for 2012 is the standard inclusion of LED running lights. The next generation is set to debut for 2013, with most of the company's $2 billion investment in its Alabama plant earmarked for revisions to the GL- and C-Class models.

Unfortunately, that overhaul isn't likely to include the trail-rated GL Grand Edition that debuted in Europe for 2012. The demand for such a well-appointed off-road warrior in the U.S. could spark a kind of spinoff version for this side of the pond, but so far there isn't even a rumor to support that notion. Instead, the rumor mill is pointing more toward a mild cosmetic redesign with the return of the 3-liter turbodiesel V6, while the top-shelf GL550 is likely to get the new 4.7-liter twin-turbo V8 for 2013. Whether the current 4.7-liter V8 will carry over for the base remains unknown at this point.

The famed AMG sport treatment and a hybrid are also likely in the works for the 2013 revision, but if past iterations of other Benzes are to be any indication, it's safest to expect those sometime after the initial reveal. Since the engines are already set up for multiple modes, chances are good that you could see these special editions crop up as a late 2013 addition or they may simultaneously join the 2014 starting lineup.

For now, the 2012 Mercedes-Benz GL-Class stands pat as a cozy 7-passenger all-wheel drive (AWD) luxury crossover available as a base diesel GL350 BlueTEC, base gasoline GL450 4MATIC, or top of the line gasoline GL550 4MATIC. Like AWD, a 7-speed automatic transmission is obligatory for all GL models, but this setup brings the GL550 to 60 mph in just 6.5 seconds. The BlueTEC takes about another 2.5 seconds to reach the same benchmark, but where the GL550 leaves off with 12 mpg city/17 highway, the GL350 picks up with 17/21. The GL450 gets expectedly just 1 mpg better than the GL550, but it needs only another 0.2 seconds to hit 60 mph.

While these engines are definitely speedy, they're not especially brawny on a haul—just 7,500 pounds can be towed with the optional tow hitch, despite what the performance figures might suggest on paper. So too goes the cargo capacity—while 83 cubic feet might sound big, that's with every passenger row folded down and ends up being some 10 to 30 cubes shy of the competition. That said, legroom and headroom are not at all a questionable factor, even for adults in the power-folding third row, but if the second row could slide, the space would offer considerably more utility.

Drivers of the effectively identical 2011 and current 2012 models can't get over the ride quality, fit, finish and spirited handling of the GL-Class. While pro reviewers recommend the Cadillac Escalade for its larger cargo hold, drivers prefer the GL for its larger third row and greater maneuverability. The Infiniti QX and Lexus LX were similarly inferior: Although the second row was made to move and feature content was more rounded, the GL-Class won out for its superior ride quality and interior appointments, although its fuel economy as well as the COMMAND and navigation systems remain areas drivers would like to see improved.

What's your take on the 2012 Mercedes-Benz GL-Class?

Have you driven a 2012 Mercedes-Benz GL-Class?
Rank This Car

My vehicle starts up without hesitation but when I try to put it in gear it does nothing. Yesterday after trying for 20 minutes I was able to get in reverse by turning the car off and on and finally...

How To Find Inpection Services

how to find a local mechanic to inspect vehicle

Hi How does the Mercedes GL 450 with standard suspension ride on rough roads ( for exp, gravel forest roads)? Thank you, Mark

DO YOU HAVE AN USED MERCEDS BENZ GL CLASS 63 AMG BI TURBO ?

DO YOU HAVE AN USED MERCEDES BENZ GL CLASS 63 AMG BI TURBO ?

i have a 450 gl 2012 and went to get gas after i got to the driver seat it wont start everything is working but i had to call a tow truck to take my car home ,please help