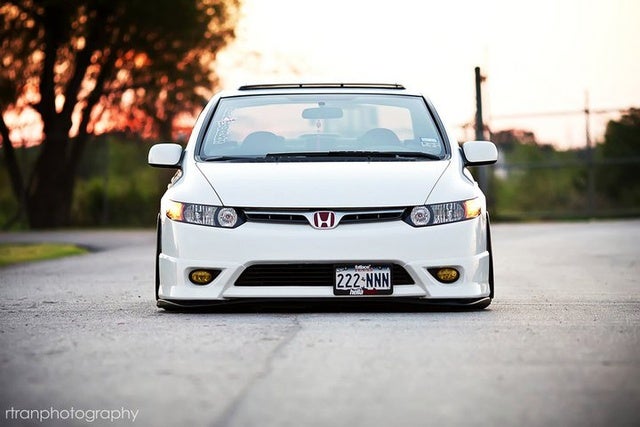 The rapidly growing MINI family offers a warm welcome to the cutest 2-seater on the road with the addition of the all-new 2012 MINI Cooper Coupe. Inside the cabin it's not at all different from the standard hard-top edition, with a few exceptions in the functionality department, but if it wasn't already obvious, the outside is quite a different story.

In a complete departure from everything we have come to know about MINI and BMW, the Coupe is designed on a three-box system rather than the usual two, and it offers a pop-up surprise once you hit 50 mph that no other MINI or BMW features. It's not just a cutesy gimmick, either—the pop-up spoiler serves a real purpose, trying to counter the Coupe's high-speed understeer that's most evident in the lower-shelf trims. The Coupe is heavier and slightly longer than any other Cooper with all of the reinforcements needed to remove the roof, so those lateral G's tend to push it around a little more than usual.

This fresh design also has a bit of a problem with steering torque in a few more spots than the usual Cooper breeds, due to the weight added forward to reinforce the chassis, even in the top-shelf John Cooper Works. The steeply sloped roof hinders outward visibility, and the spoiler doesn't help when it comes out to play, while the cloth roof expectedly lets in quite a bit of road noise.

The rear seat has been chopped out in favor of a small shelf for handbags and the like, which doubles as the primary reinforcement wall and ballast, while the hatchback trunk offers just shy of 10 cubic feet—about half what the hard-top offers with the rear seats folded down. The wall also has a locked pass-through with more handy cubbies, but it's a pretty safe bet anyone interested in the Coupe isn't especially concerned about such practicalities. The $2,000 premium for the Coupe over the hard-top could be a deal-killer when you're losing so much trunk and two seats.

This is a car built for one thing: kicks and giggles. The 2012 Coupe will be offered in the usual three flavors—Cooper, Cooper S and John Cooper Works—with the usual three corresponding flavors of the standard MINI 1.6-liter 4-cylinder engine. The base Cooper offers 121 hp and the best economy, with 29 mpg city/37 highway, but the turbo S pushes out another 60 hp for 181 at the cost of 2 mpg.

The John Cooper Works, on the other hand, is touted as the fastest box-stock MINI of all time, pushing out nearly twice the capacity of the base engine to make 208 hp, taking you to 60 in a zippy 6 seconds. Although the Coupe is 55 pounds heavier than its brothers, the JCW flavor does more than just get up and go—this track-tested toy tops out at 150 mph for high-speed conquest, too. However, all this power comes at the cost of an additional 2 mpg less than the S, for 25/33.

What's your take on the 2012 MINI Cooper Coupe?

Have you driven a 2012 MINI Cooper Coupe?
Rank This Car

I have a mini 2012 with 10000 miles. I had a message my gas tank lid was off and then the engine icon came on and it is yellow. Can the loose gas lid cause the icon for the engine to become illumina...