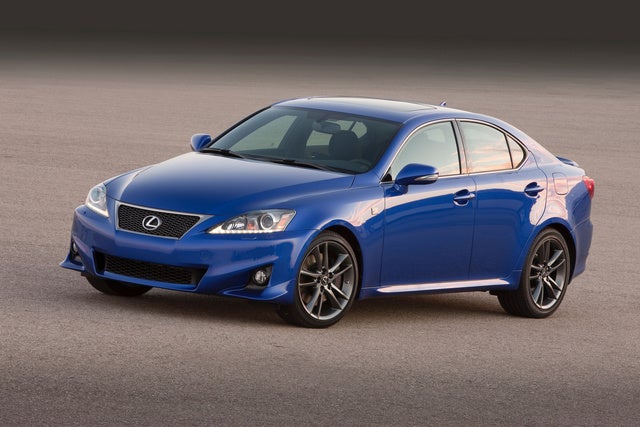 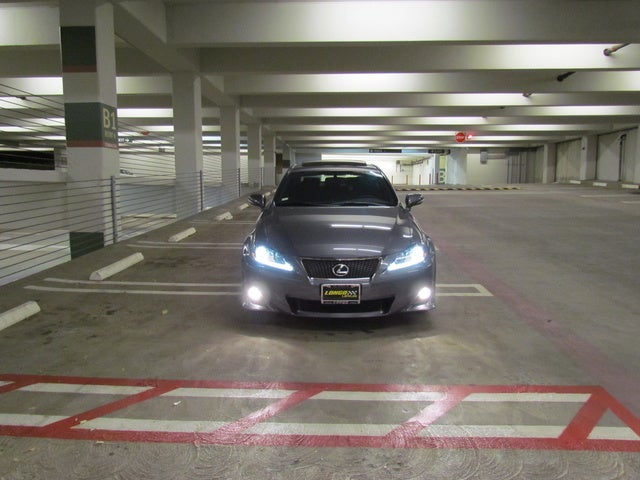 Rumor had the Lexus IS 350 completely redesigned for 2012, but those rumors were apparently a bit off. Although this compact 5-seater increased in price by about $400, the IS 350 and its lone trim option carry over into 2012 with more things removed than added, constituting no significant changes.

Two of the Mica colors are gone, replaced by Nebula Gray Pearl and Fire Agate Pearl. The HomeLink buttons now light up, and the stability control switch was moved over to the left side of the dashboard. That's it. That's the whole list of changes after years of hype about Lexus going to a 3-year redesign cycle. At least the resale value will hold strong a little while longer.

The good news is the Lexus IS 350 received a lot of attention last year, so the changes implemented then should be perfected for the 2012 model year - not that reliability has ever been an issue for Lexus. Aside from a relatively minor style update and the demise of two options, the 2011 model also finally added an all-wheel-drive option and F Sport option package for rear-wheel-drive models - not to be confused with the Lexus IS F, which is a totally separate car using a completely different engine.

Rather, the F Sport option package just gives the IS 350 the aggressive look and driving dynamics of its beefier brother, and aside from a few performance components does little to make the IS 350's 306-hp and 277-lb-ft 3.5-liter V6 into a comparable twin to the high-performance IS F. That said, 5.6 seconds is definitely quick enough to reach 60 mph from a standstill, and this considerable power difference gives the IS 350 something the IS 250 doesn't have with the very same components for driving dynamics - fun, and a genuinely deft feel for the road.

A 6-speed automatic with paddle shifters is the only transmission available, but drivers don't consider that a party foul and tend to find ample power and thrill wherever they look. At best, the RWD IS 350 gets 20 mpg city/27 highway. At worst, AWD fetches 2 mpg less - but keep in mind Lexus calls for high-test fuel in the drivetrain.

There is some debate as to whether the cabin is as quiet and the ride is as smooth as advertised - professional reviewers and drivers alike have found criticisms. Interior space is another major sticking point, with limited headroom in the front and cramped legroom for rear passengers, although those that fit will find the seats very comfortable and supportive. The latest but less-stringent-than-current safety testing left the IS 350 with unimpressive marks, and no word on whether Lexus will address these issues - but it is typical of the company to touch up features like safety unannounced.

All that remain for unmentioned positives are a broad gizmo buffet, tight stopping distance and tasteful interior. Needless to say its reliability certainly goes a long way to put the IS 350 high on the commuter's list, but the range of downsides leaves it ill-suited for mainstream consumption.

GuruDBPQ3 Didn't test drive but found the cockpit a little cramped and a little like being in a bunker.

I Have A 514 Credit Rating And It Stems From A Crazy Ex Wife Who Deliberate...