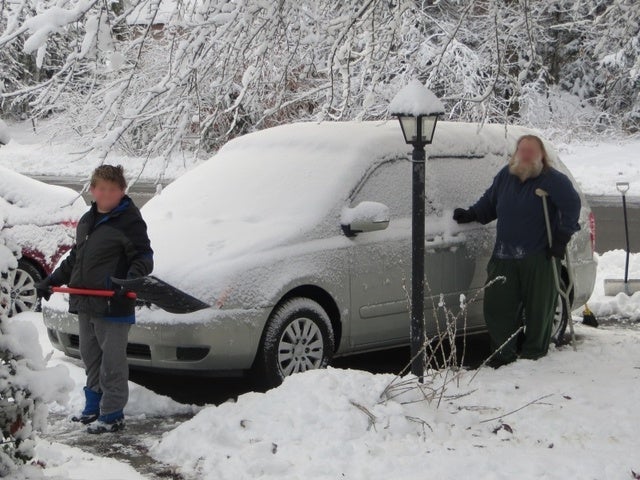 The 2012 Sedona lineup doubtless offers a good portion of value and utility. Almost all of this minivan’s competitors, however, flaunt more up-to-date styling and panache, reflecting fresher ideas with cooler looks and state-of-the-art features. If, however, your tastes run to unadorned utility and hefty bang-for-the-buck practicality, by all means grab the wheel of Kia’s family-oriented Sedona.

It doesn’t look all that spiffy and it’s not as refined as most of its rivals, but the 2012 Kia Sedona offers pretty much everything the average family could desire in a minivan, and it totes a ton of value. After all, with seating for 7 in 3 rows, 4-door passenger access, sliding rear passenger doors, 141.5 cubic feet of cargo capacity with the rear seats folded or removed, and a peppy V6 powertrain, who could want more? And to top it all off, the Sedona offers a hefty slew of standard features for the lowest price on the market. Now, if the folks at Kia could just put the kind of effort into bringing this otherwise well-wrought mini into the 21st Century as they have with most of their other products, they’d have almost the perfect people-hauler.

Again offered in two trims, the base LX and top-shelf EX, this front-wheel-drive mini boasts few changes since its engine upgrade last year. A couple of different exterior color choices are available for 2012, and a rear-seat DVD entertainment option is offered for both trims, and that’s pretty much the extent of it.

Once more, the Sedona is available only with front-wheel drive (FWD). As always, there are those reviewers and owners who would like to see an all-wheel-drive (AWD) option in this practical Kia, though a number of owners are quick to mention that this recently re-powered minivan does just fine in the snow.

In any case, things like front and second-row reclining captain’s chairs, a fold-down third row that’s actually comfortable for 3 average-size adults, at least on short trips, and a decent 32.2 cubic feet of grocery and luggage storage behind the third row keep the Sedona lineup at least holding its own in the minivan wars. Alas, recent refreshes among rivals may push this value-laden minivan closer to surrender. Rumors have Kia placing more of its 3-row seating marbles in its Sorento crossover, which offers available AWD traction.

Anyhow, Honda’s touted Odyssey, Nissan’s workaholic Quest and Toyota’s resurgent Sienna all boast recent upgrades to power, features and refinement, while Chrysler’s Town & Country, along with its Dodge Grand Caravan counterpart, each do the domestic market proud. Bottom line, all of the above conspire to make the Sedona seem almost dowdy by comparison.

So if bells and whistles and modern looks are important to you in the selection of a new minivan, by all means, check out the Sedona’s competition. But if utility, retro-styling and good old-fashioned value are at the top of your wish list, then, by all means, kick some tires on Kia’s value-priced family hauler. 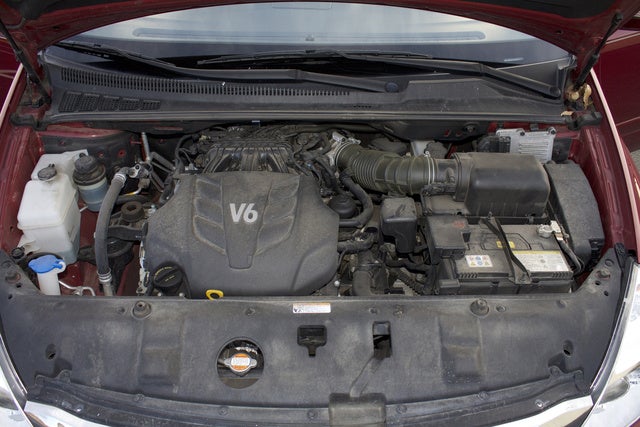 With its 2011 repowering, the 2012 Sedona’s sole drivetrain offering is an admirably potent, variable-valve-timed (VVT) 3.5-liter V6 engine and 6-speed shiftable automatic transmission. Boasting 271 hp at 6,300 rpm and 248 lb-ft of torque at 4,500 rpm, this peppy minivan will tote a maximum of 3,500 pounds of trailer when properly equipped. Gas mileage, meantime, is estimated at 18 mpg city/25 highway, numbers that most reviewers claim are at least comparable to the competition's.

Reviewers also note that this engine, especially with the 6-speed shiftable automatic, acquits itself quite well around town, though some complain that highway oomph can be tough to come by when passing and merging. Though powerful enough and able to cruise through downtown errands, the V6 just doesn’t sound all that refined on hard acceleration, according to many reviewers. Most concede, however, that it quiets down nicely at cruising speeds.

The notably smooth and comfortable ride remains a hallmark of Kia’s staid minivan no matter the wheel size, according to most reviews, while agility is among its most commendable attributes. Steering is admirably true, and cornering abilities in this family-oriented people-hauler are noted by most reviewers to be better than average.

Brakes, finally, are powerful and dependable, with at least one test resulting in an average stopping distance of 125 feet from 60 mph, quite impressive for its class.

For your hard-earned money, expect such standard exterior features as a roof rack and power-adjustable mirrors in the base 2012 Sedona LX. Inside, meanwhile, look for such standards as cloth upholstery, front and reclining second-row captain’s chairs, remote power door locks and power windows. Pleasing convenience goodies, furthermore, include tilt-wheel steering and cruise control, with front and rear air conditioning also standard, while rear parking sensors and Bluetooth hands-free calling are a couple of somewhat unconventional standard goodies not often found in entry-level trims. Finally, steering-wheel-mounted cruise and audio controls come standard aboard the LX, as does an MP3-capable single-CD player with 6 speakers, satellite radio and a USB port.

Both trims are now eligible for available rear-seat DVD entertainment and a trailer hitch, while other noteworthy extras available to the LX remain upgraded 16-inch alloy wheels and an 8-speaker audio system.

The EX, furthermore, can be delivered with an available power sunroof, automatic front climate control and, in the Premium Entertainment Package, a 10-speaker Infinity premium audio system. The Luxury Package that’s also available to the flagship EX throws in heated leather-trimmed front seats, power-adjustable pedals, memory for driver's settings and the sunroof, while a Navigation Package is also available, though if this option is chosen, the Infinity stereo gets deleted.

Reviewers generally find the Sedona’s cabin to be bland, though not horrifically unattractive. Interior materials and workmanship are noted in most reviews to be sub-par, but then, this low-cost minivan has never pretended to be a luxury automobile. In the opinion of most reviewers, seats are comfortable but nothing to write home about, though cargo room is noted to be more than adequate for the average family. Finally, cabin noise is, say the majority of reviews, quite well controlled, with little road and wind noise at highway speeds, with visibility no better or worse than in the majority of competitors. Reviewers are, however, quick to point out that most of this van’s competitors do offer a more modern cabin ambiance.

The National Highway Transportation Safety Administration (NHTSA) has only tested the 2012 Sedona for rollover protection and gives it a second-best 4-star rating.

The Insurance Institute for Highway Safety (IIHS), meantime, gives this value-laden minivan its highest rating of Good in front and side crash tests, as well as in rear-end collision protection and seatbelt geometry. Rollover testing, however, resulted in the Institute’s worst score of Poor.

Gas mileage is among the more controversial owner complaints about Kia’s 2012 Sedona minivan, with opinion running about fifty/fifty between owners who laud this van’s real-time fuel economy and those who could be happier. Driving habits, of course, will play a major role in determining actual mileage results.

At least one owner complains that the Sedona’s brakes allow debris into the caliper and rotor interface, thus affecting braking performance and becoming a costly nuisance, while a number of owners would like to see a freshening of this people-hauler’s dated design. Finally, the lack of an all-wheel-drive (AWD) option has frustrated a couple of owners, while a few others lament the fact that the second-row seats must be removed to take full advantage of the Sedona’s ample cargo space.

On the plus side, owners praise this van’s extended warranty, ride comfort and surprising agility. The uncommon number of standard features, of course, is a hit with owners, as is the peppy V6-dominated powertrain. All of this adds up to a near-unanimous owner opinion that the Sedona represents the best minivan value on the market.

Have you driven a 2012 Kia Sedona?
Rank This Car

every day wont crank or start, ill fuck with the relay the fuse box and it starts, and then it will start fine for a while after that turn it off an itll fire right back up with the key, but then si...

My wife has a 2012 Kia Sedona EX with power sliding side doors and power lift gate in the back. Recently the there has been an issue of not being able to open the side door when you pull on the han...

Why Are My Alternators Failing

2012 sedona has gone through 3 alternators and a battery in the last month. what is the problem with the charging system

Price Comparison For My Listing

It has been 19 days since I listed my car on CarGurus. When I first lowered my asking price it was shown to be more than $150 below fair value on your price comparison. Today it was saying $345 ABOV...