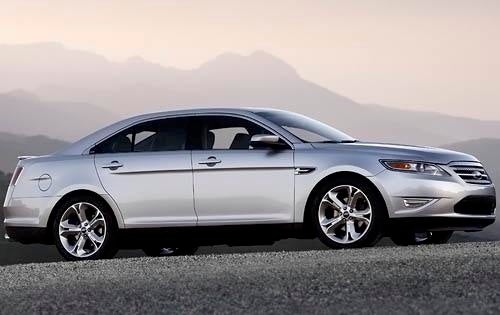 The Taurus receives no major updates for 2012, and a number of owners have reported build-quality issues both inside and out.

Prospective buyers should definitely take a look at the 2012 Taurus if they're considering a well-equipped full-size family sedan. Combining sportiness and performance with comfort and value, the Taurus has a lot to offer a wide range of buyers. However, a number of Taurus owners have reported build-quality issues with their vehicles, raising a red flag. While that shouldn't be a deal-breaker, it does mean prospective buyers should be cautious in their purchases.

There's no doubt that Ford has come a long way, baby. Back in the '90s, the Taurus was the best-selling vehicle in the country, though many found its exterior design underwhelming and its build quality questionable. Today, much of that has changed. The Taurus received a full redesign in 2010, which included an exterior makeover, and the result was impressive. Once a run-of-the-mill family car, the Taurus now displays an aggressive, sporty look that is truly eye-catching. That's something that hasn't been said about the Taurus for much of its history.

Now two years into the 2010 redesign, the Taurus changes little for 2012. The only new features include standard blind-spot mirrors, integrated into the power side mirrors, and a new exterior color, Ginger Ale Metallic. Up front, the Taurus continues to display its distinctive tri-bar grille with a lower trapezoidal opening, which represents a visual link to other vehicles in Ford's stable. A power-dome hood provides an aggressive design element for the Taurus, while jeweled projector-beam headlights, sculpted lines along the sides, prominent wheel arches, a lowered roofline and incandescent taillights are among its exterior features. The SHO also comes equipped with a rear spoiler.

The full-size Taurus sedan again comes in base SE, midrange SEL and high-end Limited trims for 2012, as well as in a performance-oriented SHO trim. The SE comes only with front-wheel drive, while Ford offers Intelligent All-Wheel Drive as an option on the SEL and Limited trims. AWD comes standard on the SHO. All Taurus trims continue to offer a spacious interior that leans toward luxurious and numerous technology features, all at a family-friendly starting price. 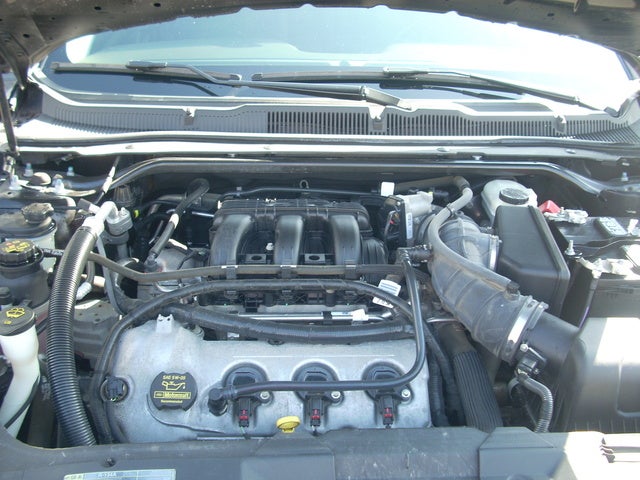 For power, the Taurus SE, SEL and Limited trims continue to come equipped with a 3.5-liter DOHC Duratec V6 engine, which develops 263 hp and 249 lb-ft of torque. In the SE, the V6 links to a 6-speed automatic transmission with overdrive, while the SEL and Limited trims get a 6-speed SelectShift Automatic with a manual-shift mode and steering-wheel-mounted paddle shifters. The Duratec V6 makes an EPA-estimated 18/28 mpg in front-wheel-drive trims, while AWD drops fuel economy slightly to 17/25.

The SHO pumps up the ponies, thanks to its twin-turbocharged, direct-injection 3.5-liter DOHC EcoBoost V6. The EcoBoost delivers 365 horses and 350 lb-ft of torque, but owners will have to pay for premium fuel. The turbocharged V6 also links to the 6-speed SelectShift Automatic with paddle shifters. Fuel economy numbers check in at 17/25 mpg. For both engines, Ford uses a number of technologies to help improve engine efficiency and fuel economy, including reduced-friction lubricants, smart battery management and aggressive fuel shut-off during deceleration.

Just as the Taurus's exterior styling has improved for the current generation, so have its ride and handling. Despite its full size and 4,000-pound curb weight, the Taurus remains surprisingly nimble and agile, with stable handling and good balance. Some reviewers say its ride and handling approach that of premium sedans. The Taurus performs well in tight corners, with minimal body roll, and the steering is precise and effortless, although some reviewers would like to see better feedback from the steering system. The V6 powerplants do a good job of driving the Taurus along, with good acceleration and smooth shifts, and many reviewers have commented on the Taurus's quiet cabin, which features plenty of soundproofing to block out wind and road noise.

The SE, SEL and Limited trims ride on a 4-wheel independent suspension with MacPherson struts and a stabilizer bar in the front, and a multilink configuration with coil-over shocks and a stabilizer bar in the rear. The SHO gets a similar suspension with sport-tuned struts, shock absorbers, springs and stabilizer bars, along with standard AWD. In addition, the SHO receives electronic power-assisted steering, while the other Taurus trims get power rack-and-pinion steering. All Taurus trims come with 4-wheel antilock disc brakes.

Ford offers a number of wheel options for the Taurus. The SE comes standard with 17-inch painted aluminum wheels, while the SEL gets standard 18-inch wheels and optional 19-inch wheels. The Limited gets standard 19-inch chrome-clad wheels, while the SHO comes standard with 19-inch premium 5-spoke aluminum wheels. Owners can add optional 20-inch wheels on the SHO. Some testers say the 19-inch tires on the Limited and SHO trims tend to reverberate over rough pavement, causing a harsher ride. Also, with its stiffer, sport-tuned suspension and available 20-inch tires, the SHO rides a bit harsher in virtually all conditions than the other Taurus trims, but not to the point of distraction.

The Taurus's stylish, driver-oriented cabin makes good use of soft-touch surfaces and high-quality materials, although some reviewers have noted a little too much hard plastic inside. A sweeping center console gives the cabin a sporty, contemporary look, and the controls are generally accessible, well-designed and easy to use. However, a few reviewers note that some controls are a bit undersized and that the instrument gauges can be difficult to read due to their deep-seated design.

The 5-passenger Taurus offers plenty of interior space for busy families. Passengers will find ample legroom and headroom in both the front and second rows, although the center position in the rear seat might be a little tight for adults. However, taller adults should be comfortable in the outboard positions in the rear. The front seats are roomy and comfortable, although reviewers highly recommend the optional Multi-Contour seats with Active Motion, which gently massage passengers to help reduce fatigue.

The solid list of standard features in the base SE trim includes a 6-way power-adjustable driver's seat, a tilt/telescopic steering wheel with audio and cruise controls, cloth upholstery, air conditioning, a 6-speaker audio system, remote keyless entry and power windows and door locks. All trims also include Ford's MyKey system, which gives owners the option to set limits on speed and audio volume as well as activate certain alerts when younger drivers take the wheel.

The sport-oriented SHO receives a number of unique features, including aluminum pedals, push-button start, an upgraded leather-wrapped steering wheel and premium leather upholstery with suede inserts. Ford offers its optional Multi-Contour seats in all trims except the SE and offers heated front seats, heated second-row seats and navigation with a color touchscreen in the Limited and SHO trims.

The IIHS named the 2012 Taurus a Top Safety Pick, thanks to its top rating of Good for protecting passengers during frontal, side-impact, rear and rollover crashes. The NHTSA gave the Taurus an overall safety rating of 4 out of 5 stars, which breaks down to 5 stars for protecting passengers during side crashes, and 4 stars for frontal and rollover crashes.

All Taurus trims come standard with Ford's AdvanceTrac electronic stability control and the Safety Canopy System, which includes side-curtain airbags for front and rear outboard passengers, plus a rollover sensor and roll-fold technology. Other safety features include an S.O.S. post-crash alert system, traction control and antilock brakes with electronic brakeforce distribution and brake assist. In addition, a rear-view camera comes standard on the Limited and SHO trims. Owners can add such safety options as adaptive cruise control and a cross-traffic alert system.

The 2012 Taurus gets mixed reviews from owners. Many compliment the Taurus for its sporty exterior styling, smooth ride, good performance and handling, and well-equipped, tech-oriented interior. They also like its good fuel economy and safety features.

However, a number of owners have issues with the Taurus's design and build quality. For instance, some owners find the center console too wide, while others have reported problems with interior components, such as door handles. Others have noted issues with interior trim and exterior paint quality, which show too many scratches. A number of Tauruses have had to make multiple trips to the dealer for repairs, often just a few months out of the showroom. Owners have also reported issues such as the Taurus not starting, problems with the transmission and tires, and even windows that don't open properly. Prospective Taurus owners should therefore take extended test drives of any vehicle they're considering and double-check the warranty.

Meese I'm in love with this car almost finicially there to get it... I deserve this car... I do

Have you driven a 2012 Ford Taurus?
Rank This Car

Blowing Not Working On2012 Ford Taurus

Fan is not blowing for AC on heat

I have a 12 Taurus recently had the battery replaced and now the climate and radio controls do not work. The radio and air still works you just can’t control them and it’s blowing out hot air on fu...

The 2912 Ford Taurus Is Staling Off And On Why?

The dealer can't find the reason it keeps staling out and hot wire is sparking.

Yesterday by 2012 ford taurus check engine light came on. It was solid. I began to drive to work. Light started flashing. I had run gas low day b4 and put gas in. I turned around and went home. I p...