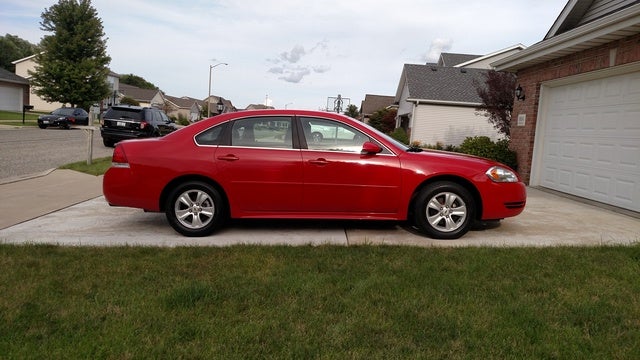 The 2012 Chevrolet Impala gets a new, more powerful engine and 6-speed transmission as well as old classics like 6-passenger seating and a cavernous trunk.

There’s no way to write around the fact that the competition offers more car for less money than the 2012 Impala. Add to that the fact that competitive cars have been redesigned this decade and some are even fun to drive, and it’s hard to sell the Impala. Look to the Taurus, Passat or even the LaCrosse for more satisfying entries in this class.

Still chugging along mostly unnoticed, the Impala gets a new engine and transmission coupled with some slight styling changes in preparation for a long-overdue full redesign in a year or two. Perhaps GM just forgot about the Impala, a car that has labored under its base structure since 1988, its overall platform since 1999 and its current design since 2006. Those are numbers that get you tenure in other industries, but they are funeral dirges for a car.

Still, the additions here simply aren’t enough to warrant a look, as they address only one of the many weaknesses inherent in a car that just hasn’t kept up with the competition. 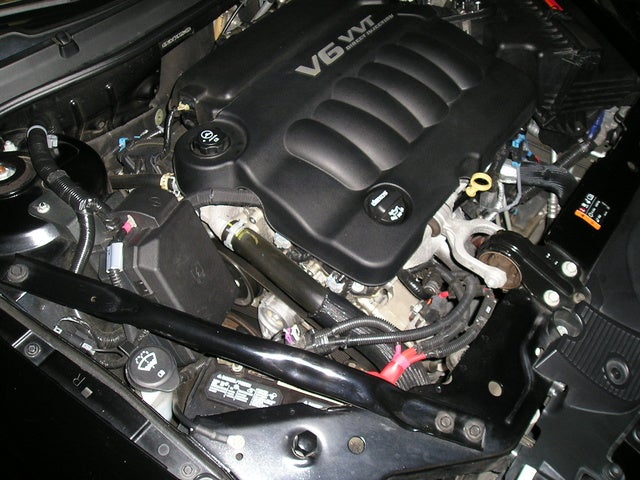 Previously, the Impala came with your choice of lackluster engines—pushrod V6s that could barely crack the 200-hp ceiling. Even worse, they came mated to a 4-speed automatic transmission, a feature rapidly becoming as antiquated as curb feelers.

For a prelude to its upcoming fresh start, the Impala has been fitted with the direct-injection 3.6-liter V6 that we’ve already seen doing duty in the Camaro and Cadillac CTS. Here it’ll deliver 302 hp and 252 lb-ft of torque, with the EPA rating it at 18 mpg city/30 highway. Impala fans, passionate though they are, will count that as an increase of 1 mpg on the highway but a decrease of the same around town. Looks like the Impala will break even with the new engine, unless you’re counting the nearly 100 extra hp. Not a bad tradeoff.

Of course, a lot of that is due to the car's new 6-speed automatic transmission—an addition that almost catches the Impala up to this second decade of the 21st century.

The Impala does its best impression of a road couch, and it’s had a few years to perfect its act. In fact, the Impala is the last passenger car out there that can be outfitted with a front bench seat and a steering-wheel-mounted shifter—because nothing says highway comfort like sitting three abreast in the front seat.

The standard suspension in the base LS and mid-level LT trims aims for the same plush comfort, but seems to fall closer to weak and wallowy, even with the LS's newly standard 17-inch alloys. The LTZ’s 18-inch wheels and sport suspension help things considerably, reining in the roll and lean to some extent, but the Impala is never agile, bringing to mind competence rather than confidence.

If the mention of the only-available front bench seat/steering-column-mounted shifter isn’t enough to get you down to the dealership, I’m not sure what else you want. Regardless, it probably won’t be found in the Impala, standard or optional. Especially when considered against competitors, there’s just not much to be offered here. Do you want an iPod interface or navigation? Tough. Bluetooth connectivity is newly standard across the trim lineup, however, so that’s something.

There’s some room, at least in front, although some conjecture that’s only because you sink so low into the too-soft front bench. You’ll find no such issues in the rear, and you'll have to hunt for headroom that’s not to be found.

Controls are sparse thanks to few features, but at least they’re easy to find and operate. Unfortunately, the materials in the cabin will definitely make you wonder if some foolish industrialist decided it’d be a good business move to start making replica kits of passenger cars from the mid-'90s. Everything just looks and feels as though it were farmed from several generations ago.

Even with 4-wheel antilock disc brakes, 6 standard airbags as well as traction and stability control, the Impala has still only managed a 4-star safety rating for the passenger in frontal collisions, and an abysmal 2-star rating for side impacts involving the passenger.

Owners are predictably pleased with the new Impala's big jump in power coming with no pump penalty, and joking aside, there is still a segment of the consumer base that wants that big bench seat with no shifter messing with the lateral flow. Without making assumptions about that particular demographic, perhaps that’s why the old-school styling of the interior and exterior has stuck around for so long, as it’s a major complaint among owners for both construction and aesthetics. Still, the roomy interior and the no-fuss presentation seem to resonate.

What's your take on the 2012 Chevrolet Impala?

Davy I really like my 2012 Chevy Impala LT. It has the nice Ashen Gray Metallic color and looks black sometimes. Very fast rides good and very quiet. Black interior 6 speed automatic very comfortable inside. Ours has the moonroof sunroof and spoiler.

Have you driven a 2012 Chevrolet Impala?
Rank This Car

2012 Chevy Impala Has A Rattling Noise

I just bought a 2012 Chevy Impala the other day and I'm starting to notice this little rattling noise when I start my car and also when I'm accelerating. Someone told me it could be the catalytic ...

Fan blower would intermittently work. Removed the resister under the glove box. Upon inspection, the contact labeled "E" looked melted. Included a picture of it. Replaced the part and now the ...

I have a 2012 Chevy Impala with about 130,000 miles on it. About a week ago whenever I make a left turn the traction control light and abs light would come on and then go back off. Now when I make...

Should I Be Able To Hear The Blend Door Moving When I Open My Car Door?

I just had a new blend door installed and now i can hear the blend door moving several times when opening my door or starting the car!

My 2012 Chevy Impala Has This Ticking Noise Behind The Dash

im pretty sure it has something to do with the blower motor. there is thicking noise that comes on when i start the car,sometimes im not even near the car and its ticking right behind the dash any ide...